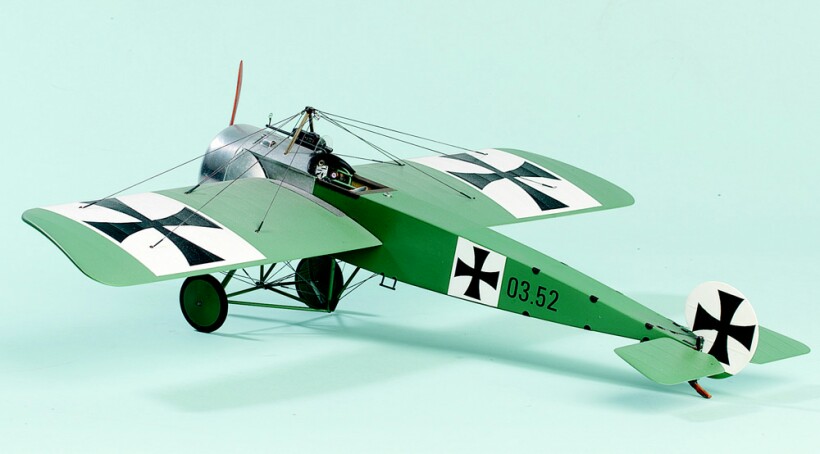 My first attempt at scratch building: I chose the Fokker E.III for its simple monoplane and square-section fuselage, an ideal beginner’s subject. I used Ray Rimell’s excellent Windsock Datafile as my main reference, together with sketches taken from an extant example at the Science Museum in London. My Eindecker is finished in the colours of Ludwig Hautzmayer’s ‘Snow Bird’ (February 1916) as depicted on the cover of Datafile 15. The pale green is described as Methuen 30C8, but for convenience, I used Humbrol RAF cockpit green, which looks reasonably close to the colour as interpreted by aviation artist Brian Knight.