According to my last diary entry, I should be taking about radiator fairings, but in haste I omitted from my report a small but attractive detail: the wing tip nav lights.

I described the making of their distinctive ‘frog-eye' fairings back in November 2016, since when these two delicate glass fibre mouldings have languished in storage pending completion of the wing tips. It will be recalled that I made a dummy ‘bulb’ as part of the in situ pattern over which to mould the fish-eye covers; now it came in handy again as a model for the nav lights themselves.

To make these I purchased two short lengths of clear acrylic rod, confident of being able to turn the mushroom-shaped ‘bulbs’ on the lathe. The first attempt was a disaster, until I realised that unless acrylic is machined at very slow speed and with ultra fine cuts, it is prone to unhelpful surface melt!  Lesson learned, I went on to produce and polish two convincing bulbs, one deep burgundy red and the other emerald green.

My pictures show the finished result, with the bulbs installed and the frog-eye covers fitted over them and secured, as in full size practice, with a pair of neat round head screws top and bottom. 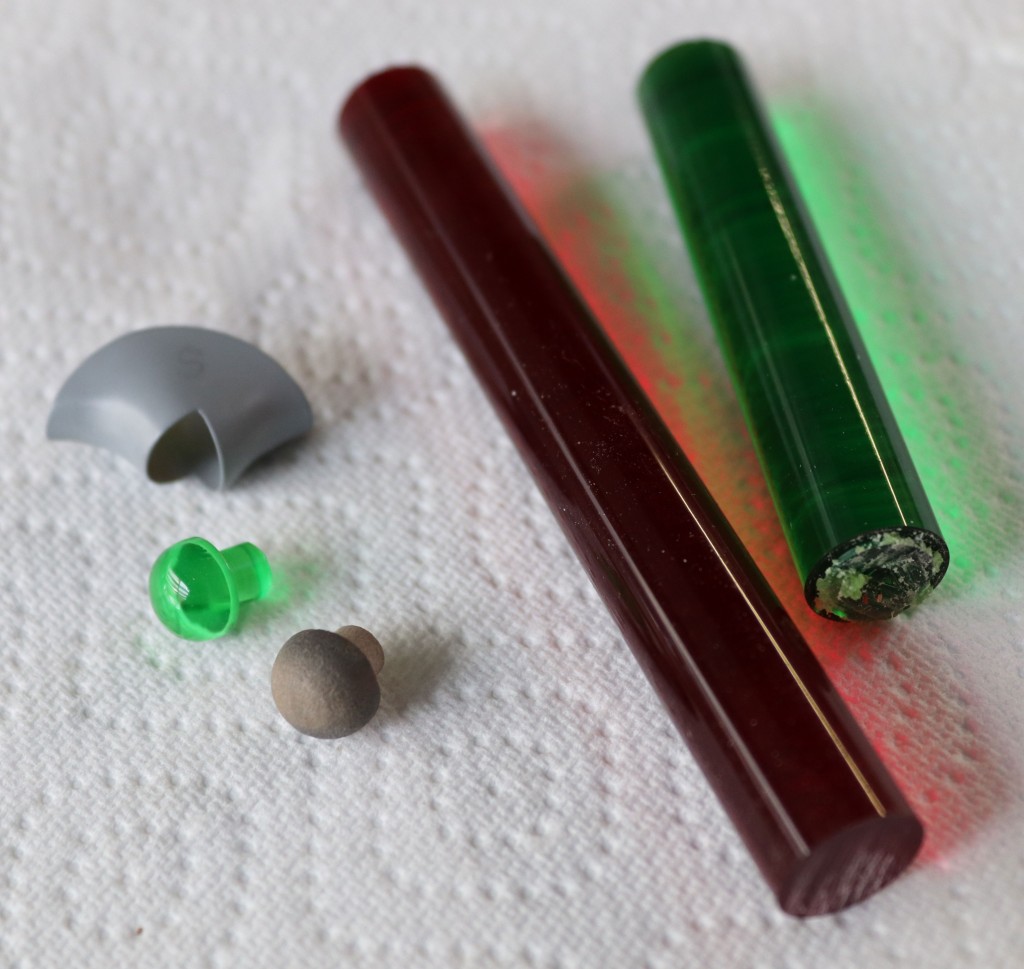 The little frog-eye fairing made many moths ago together with the new starboard bulb turned in the lathe from emerald green acrylic rod. Note the original pattern next to it. 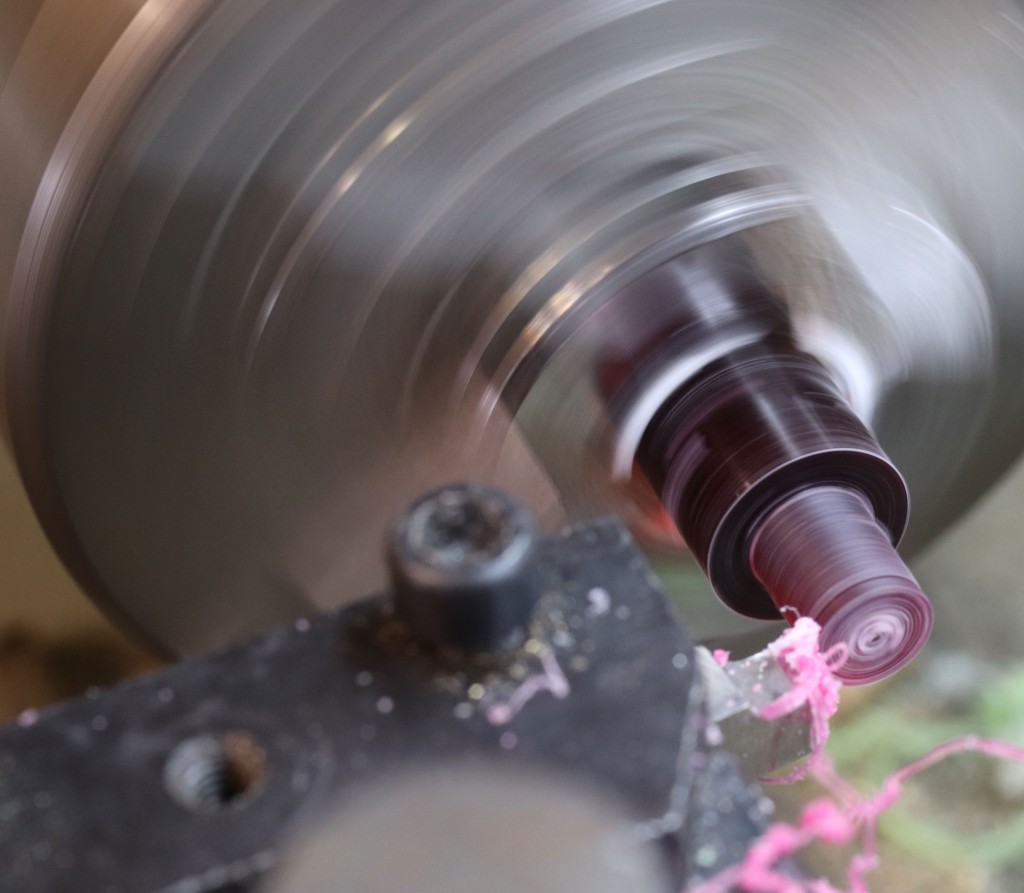 A very slow lathe speed and fine cuts are needed when turning acrylic. 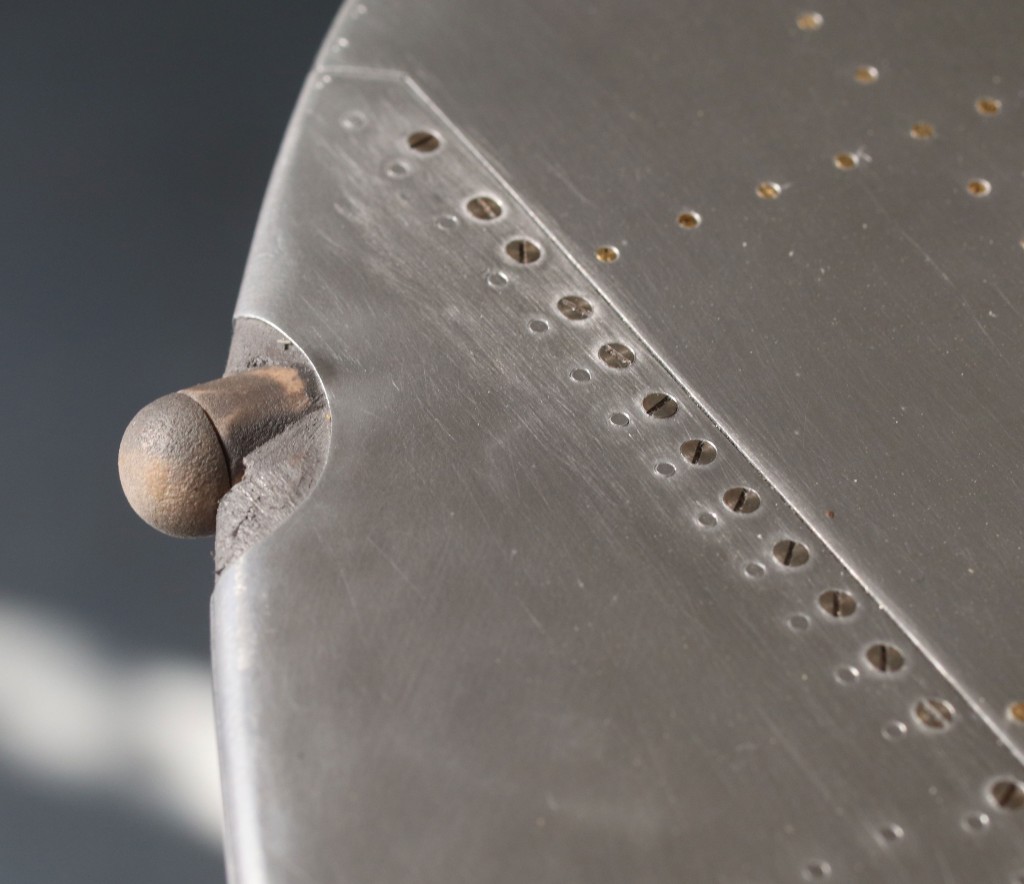 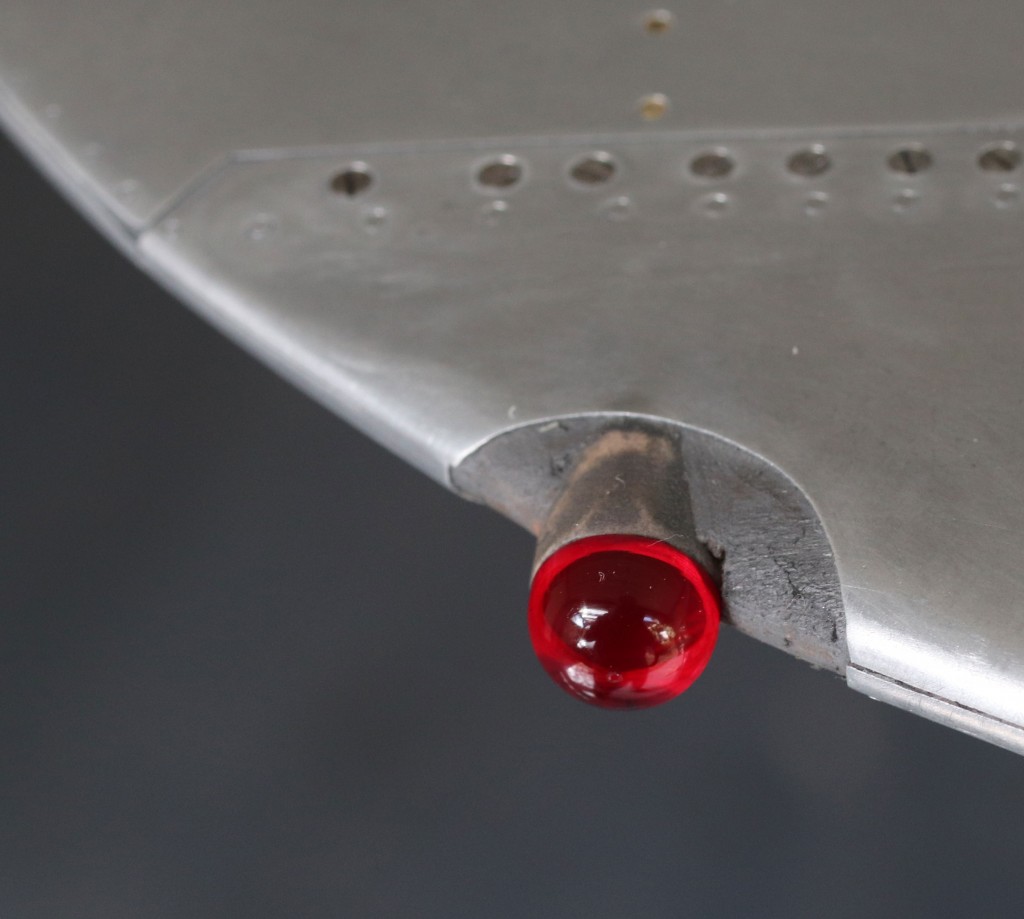 ...can now be repalced with the finished job. The high polish is achieved on the lathe by using 800 to 1200 grade abrasive papers followed by some metal polish. 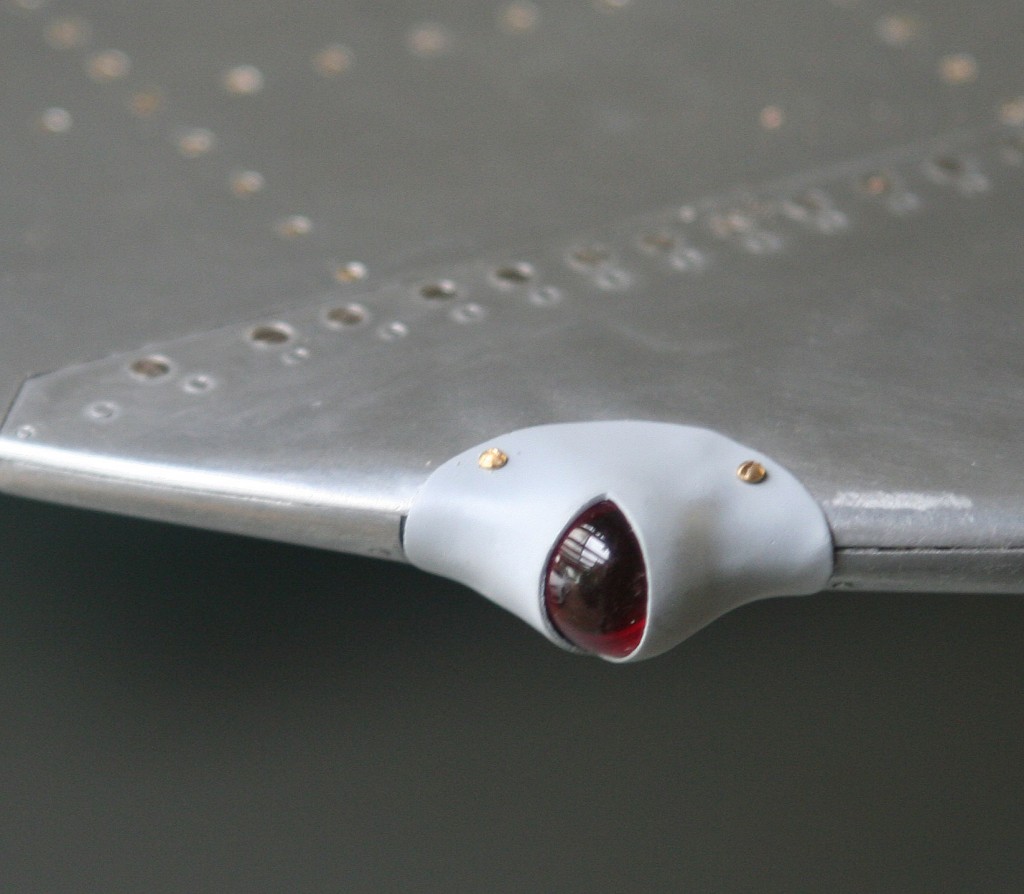 The starboard fairing installed and secured by small round-head screws. 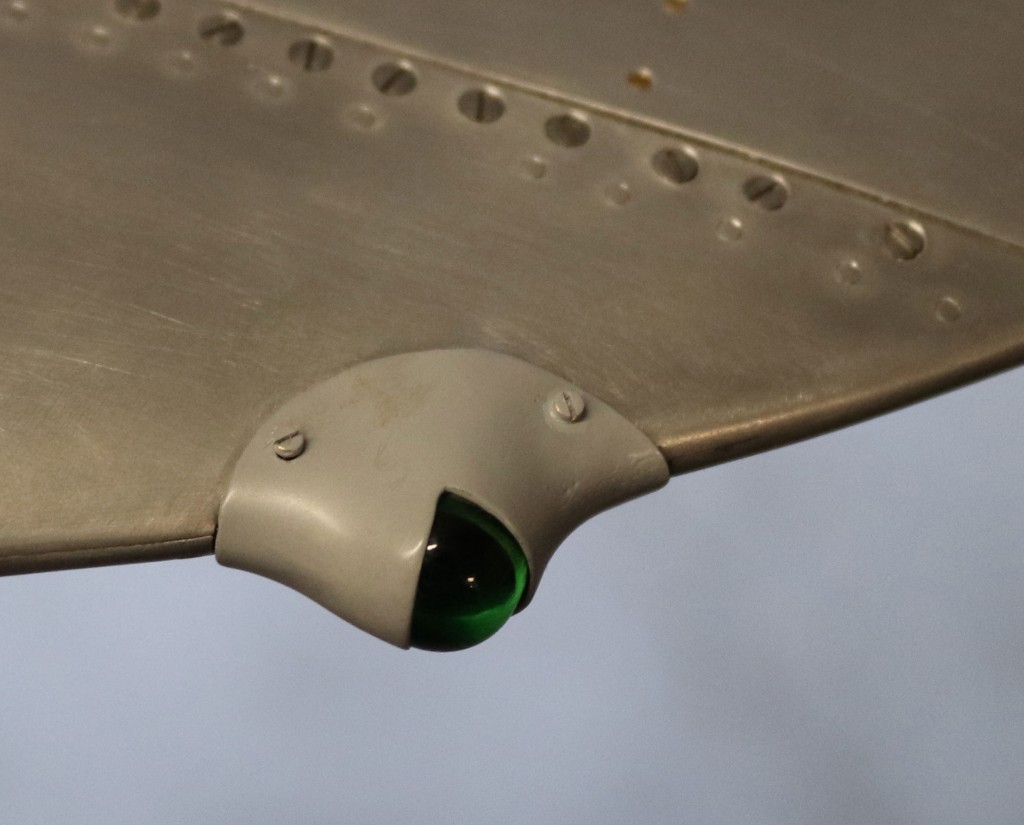 The port wing assembly (the screws differ because I ran out! The cheese heads will be replaced in due course)