Building the undercarriage doors evoked a sense of deja vu, so similar are they to those I made almost two decades ago for my Mk I Spitfire.

My pictures are largely self explanatory: Each door begins as a blank of 0.5 mm aluminium sheet, which is curved by hand in the lateral plane to match the sections on the drawing; everything else is either 11-thou thick litho-plate or balsa wood.

The most demanding task involves forming the two vertical stiffeners which differ significantly in cross section – one being rectangular, the other predominantly triangular. I formed them by hand using steel straight edges of various thicknesses. The completed stiffeners are riveted in parallel onto the body plate, creating a deep and asymmetric channel that accommodates the gear strut.

Balsa wood is used to create the raised cheek pieces which are lined around their periphery with more 0.5 mm aluminium, with a semi-circular bridging plate between them cut from litho-plate. Further litho plate is used to face off the balsa, with snap-head rivet ornament. Unlike the previous riveting, which is structural in the model, these rivets are dummies, inserted into pre-drilled holes and held with with a tiny dab of CA glue.

The location of the four big holes in each door for the retaining bolts is crucially dependent on the geometry of the strut. As a precaution against slight error in the former, I cut and drilled a template using the mounting lugs incorporated into the strut as a guide. I was not far out, but the precaution paid off: Had I drilled the holes direct from the drawing I would have been in for trouble!

Copper wire makes the two brake lines, with some lathe-turned brass hexagon for the tiny flexible hose couplings. The clips are made from strips of aluminium shim pinched around the shaft of a twist drill, cut to shape with scissors, drilled and held in place by 14BA round head screws self-tapped into the underlying substrate. The flexible hoses are braided elastic from Eva’s dressmaking box coloured up with some dark grey Humbrol enamel. 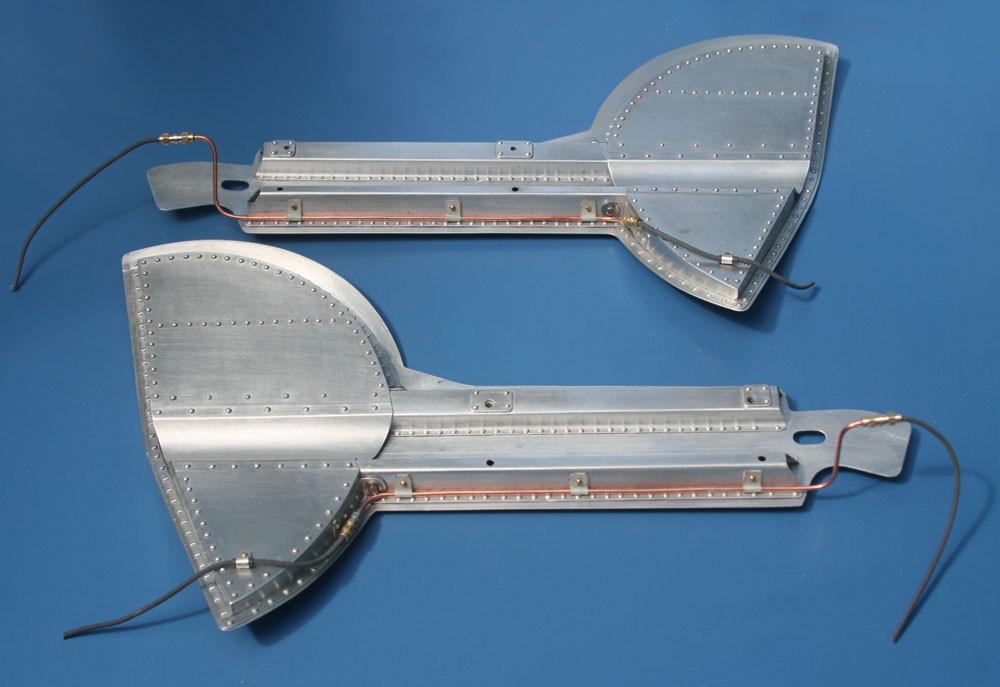 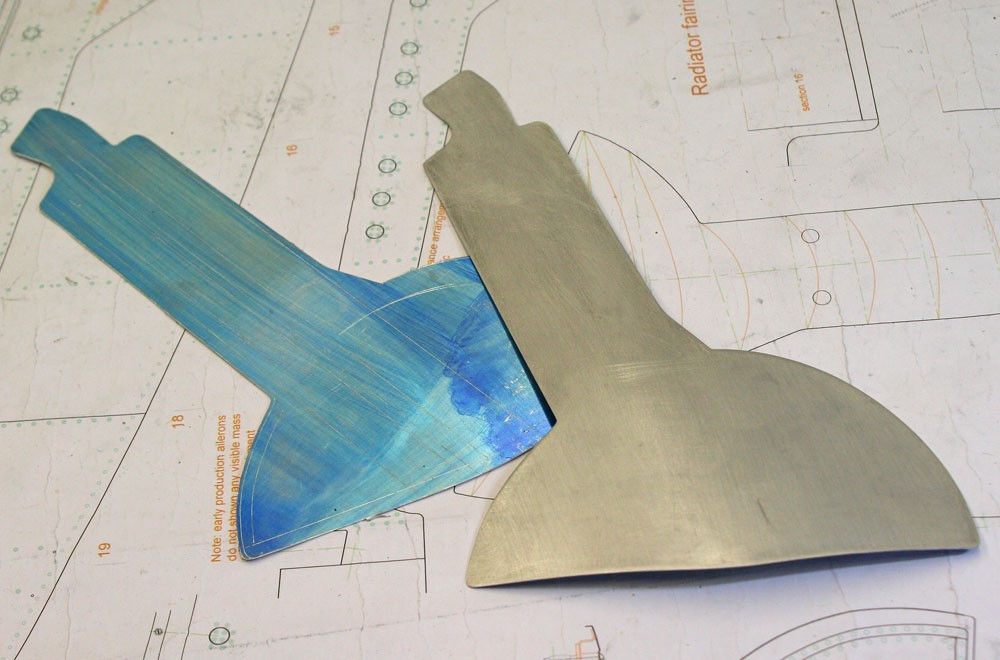 After cuting out the shape of the doors in sheet metal, the first task is to impart the pronounced curvature. 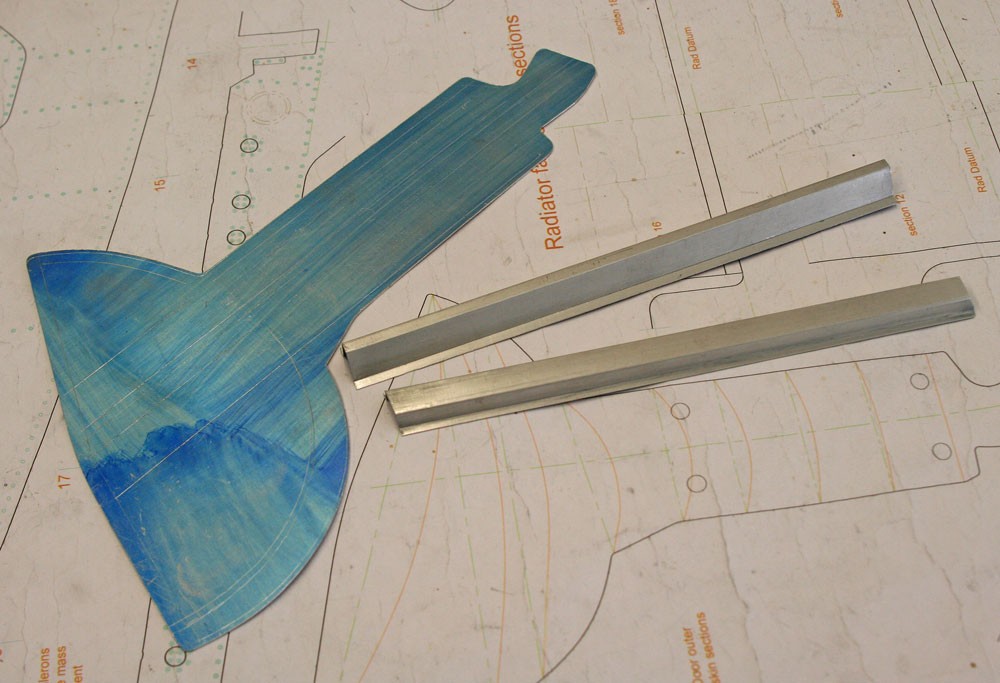 The two vertical stiffeners ready for fitting. I tacked them accurately into position with CA glue then progressively drilled through the flanges and riveted them. 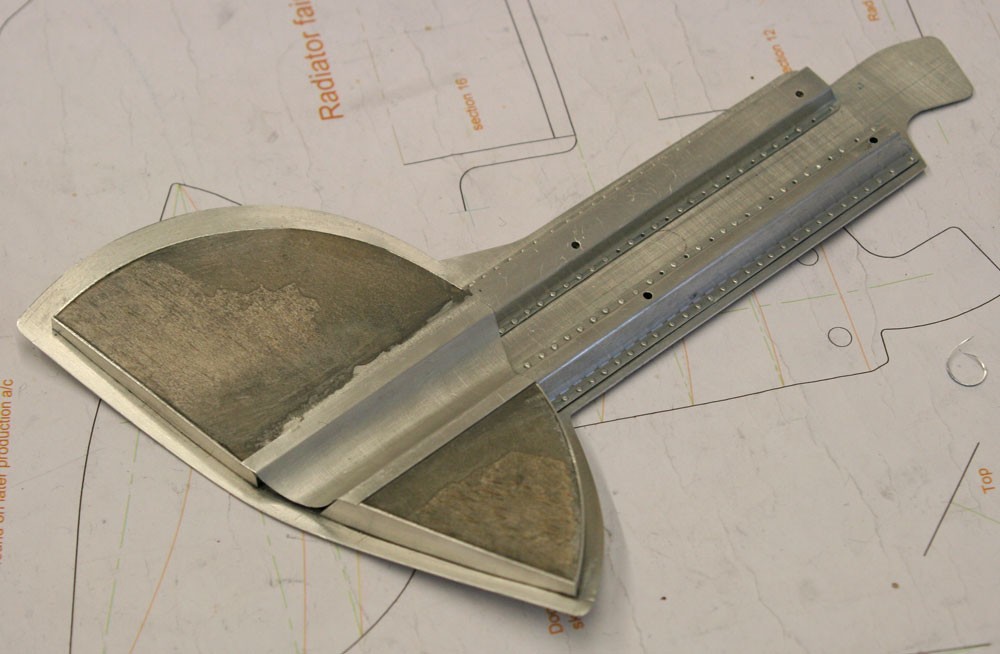 The cheeks are built up with balsa wood and sanding filler and clad with litho-plate. Formed from softened and easily distorted litho-plate, the semi-circular bridging plate required some very careful profiling top and bottom. 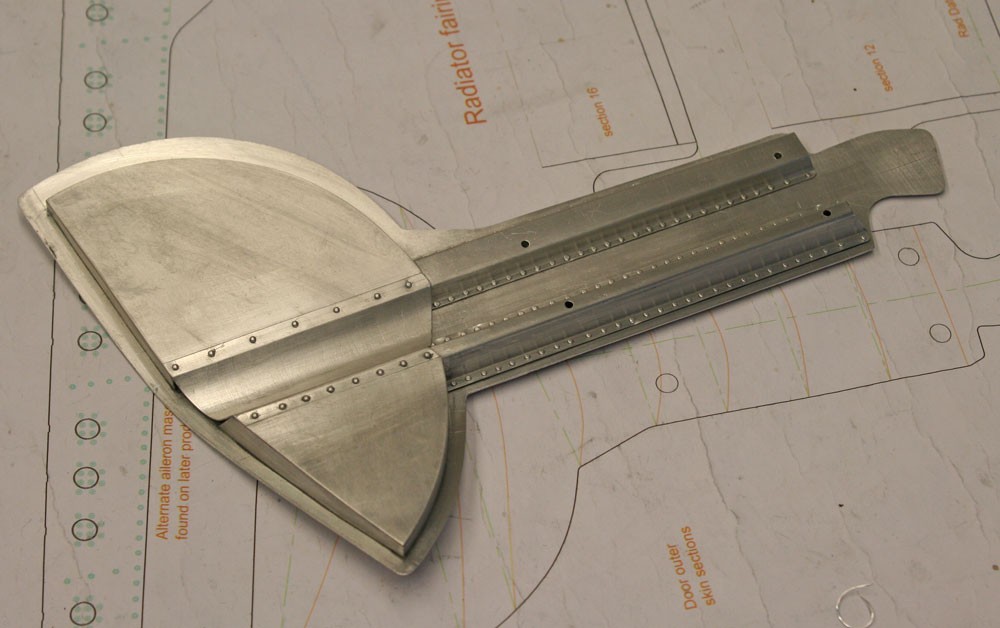 The bulk of the work has been done; only the detail remains. 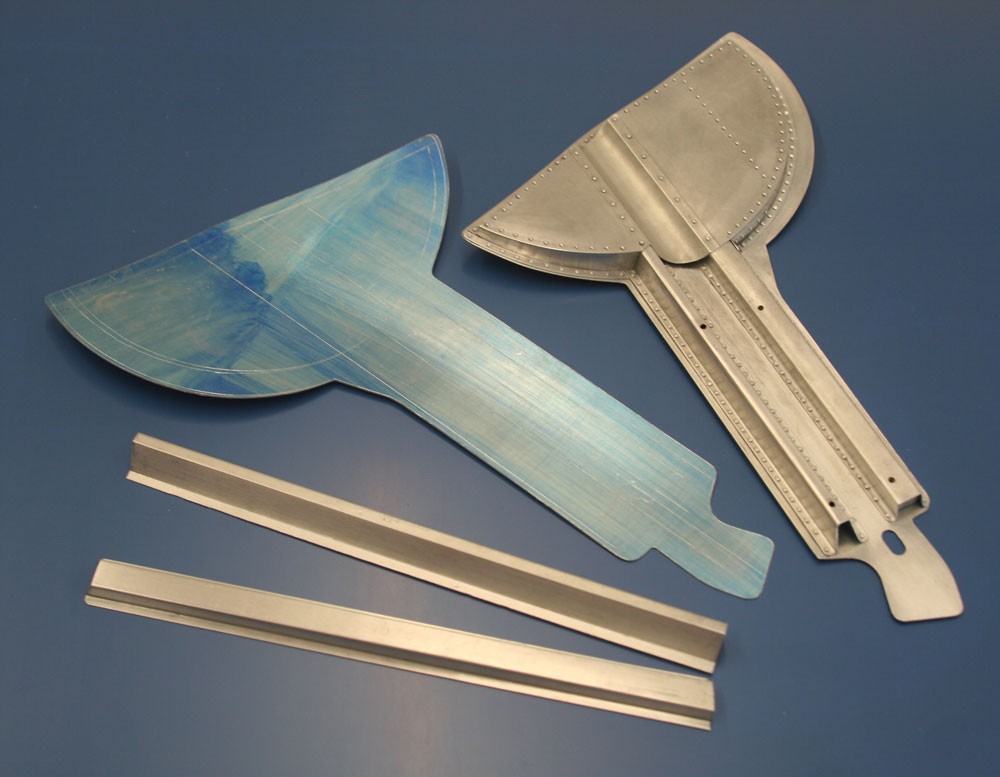 With the port side door mostly completed, work starts of the starboard side 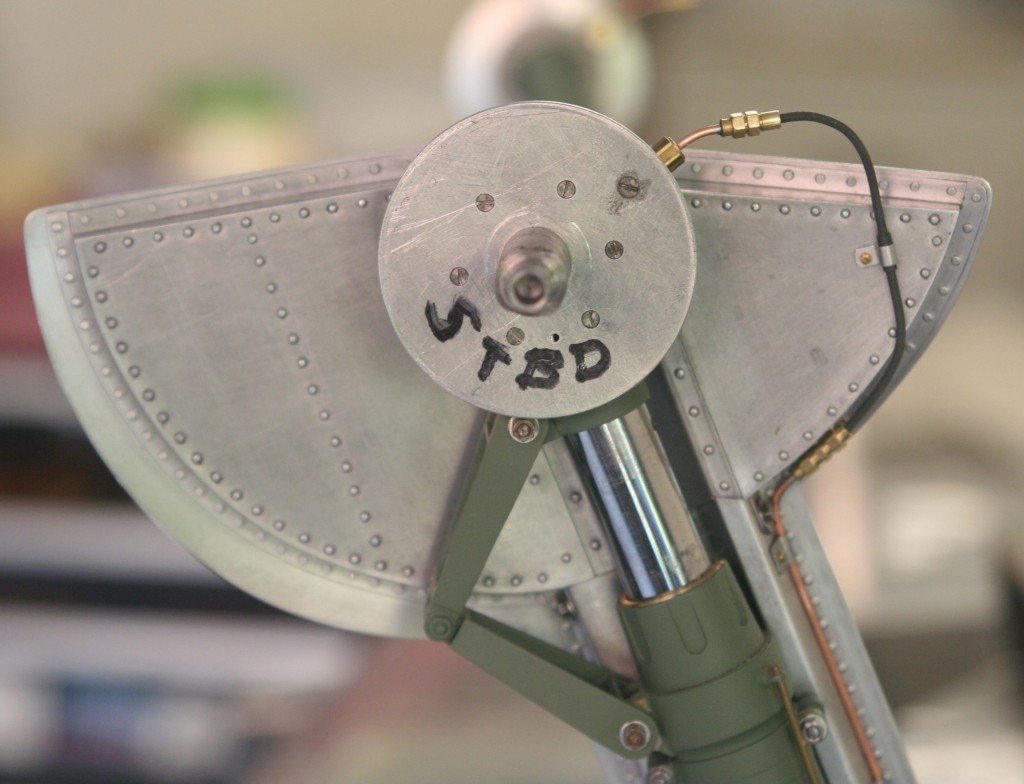 The staboard door is test fitted. Note the brake line running to a union at the rear of the brake drum back plate. 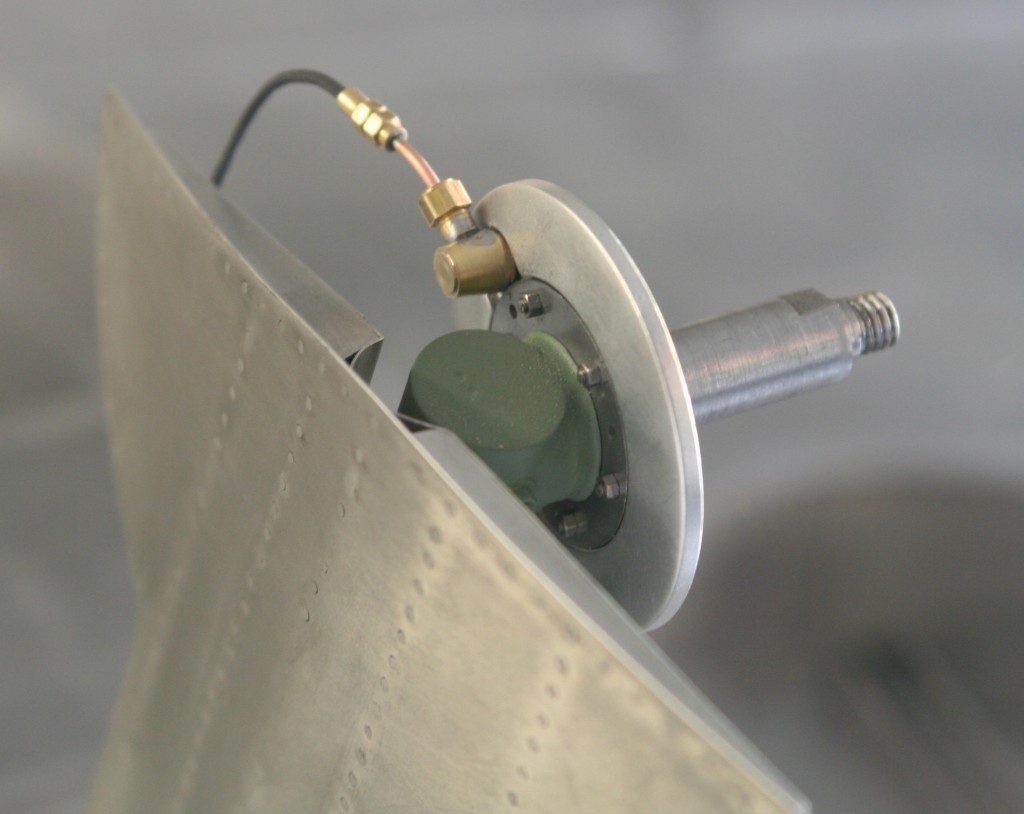 View showing the rear of the brake drum back plate.