I have searched in vain for a simple way to cold cast my aircraft tyres, but to date I’ve found no ‘ruberised’ compound that gives a sufficiently realistic appearance.  There is a two-part product available from Sylmaster (my favoured supplier), but it is rather too black and has a sticky liquorice look to it. The upshot is that for this model – and for its predecessor, the P-51D – I have contented myself to make and fit the tyres in what I would otherwise have used for their patterns – a smooth but dense model board obtainable from a company called Alchemie (see my links page). Suitably painted and ‘weathered’ they pass muster except, of course, for the subtle bulge.

Here is a sequence of pictures to illustrate the machining of the main landing tyres for my Spitfire. The process is straightforward, as is the production of a simple ‘tool’ used to cut the donut  shape, which can be cut in a few minutes from a scrap of 3/32-in. or thereabouts mild steel. The filed edge left on the steel gives sufficient sharpness, so long as a gentle but steady feed is used at a relatively low lathe speed.

There are several correct options for the tyre tread, and I chose the concentric ring pattern, since this was by far the easiest to cut in the lathe using standard parting tools of three different widths.

When I made my Mustang tyres I used a simple but effective method to replicate the manufacturer’s logo and data, for both the main landing wheels and the tail wheel (see my blog relating to the P-51D).  However, the ‘Dunlop’ logo on the Spitfire’s tyres is represented as a thin outline, which raised doubts that my multiple-layer dry transfer method would work. So rather than risk it, and without an alternative option, I decided to omit the raised lettering altogether.

I used Tamiya ‘tyre black’ for the spray painting, adding the ‘creep’ markings on the tyres and wheel rims in a Tamiya red. 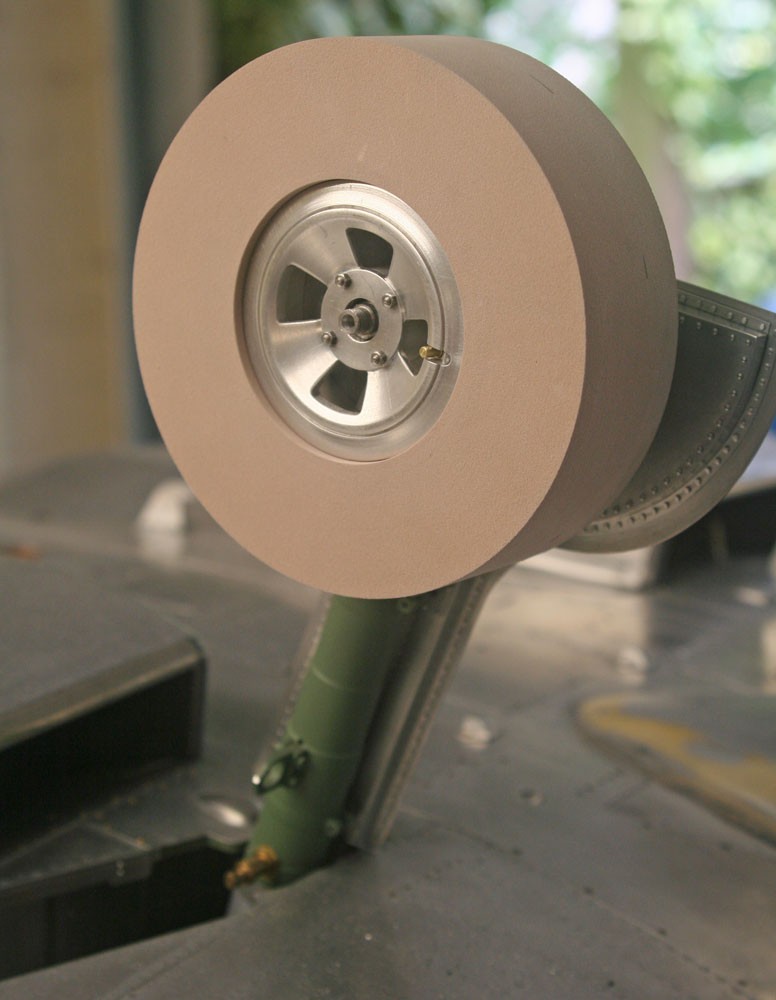 After having started with a square block of model board,the basic dimensions of the tyre have been turned and bored in the lathe, and the piece is check-fitted to ensure that the aluminium wheel rims pinch together accurately. 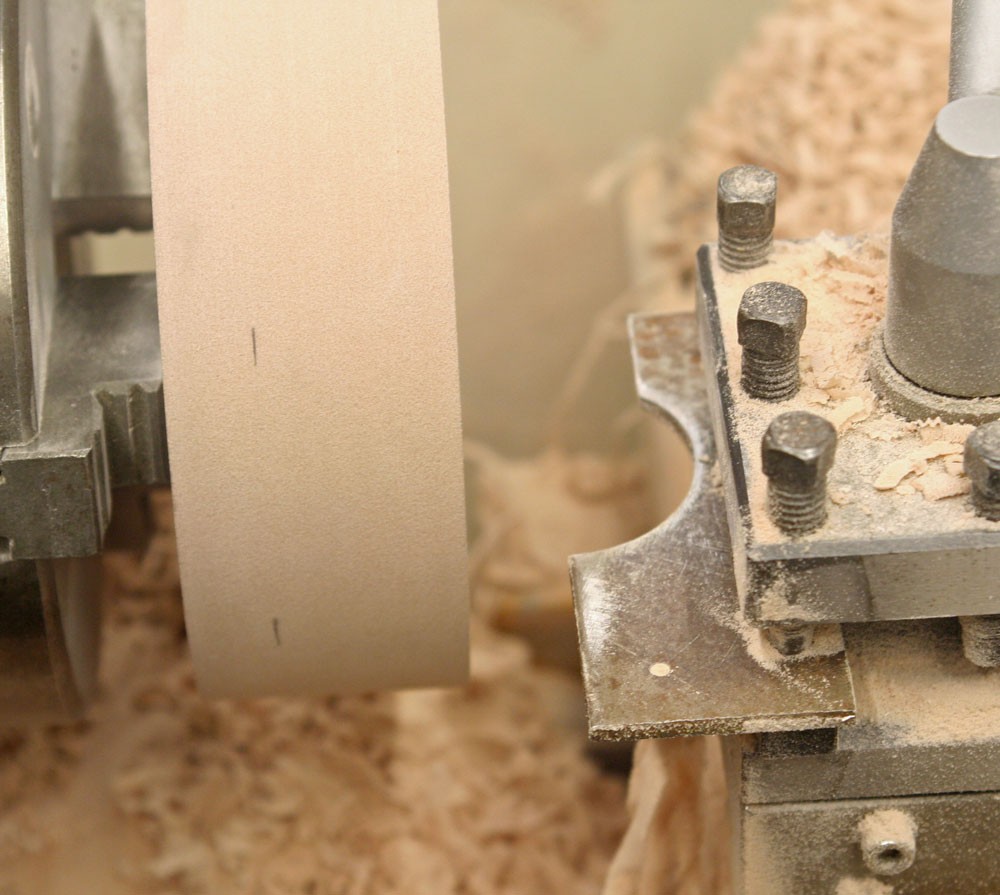 With the simple home made cutter secured in the tool post, the process of shaping the tyre can begin. 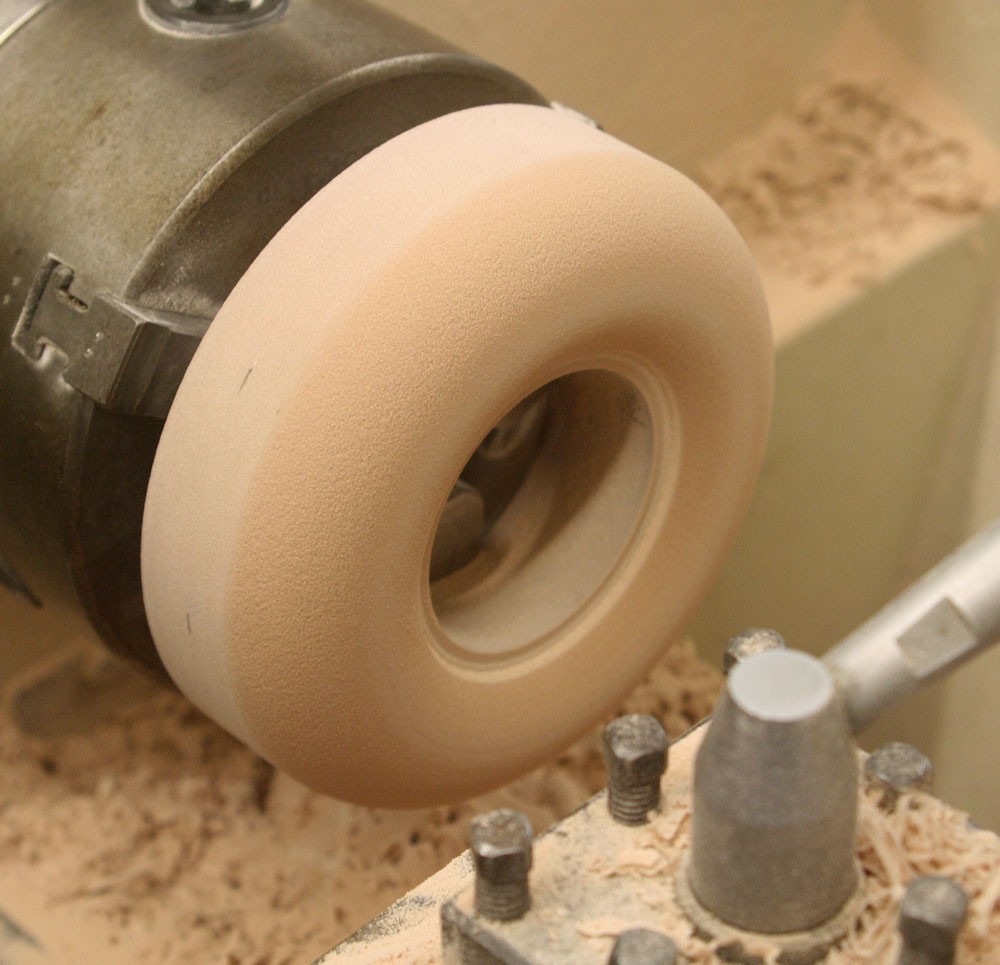 With one side complete, the workpiece is about to be reversed in the three jaw chuck. 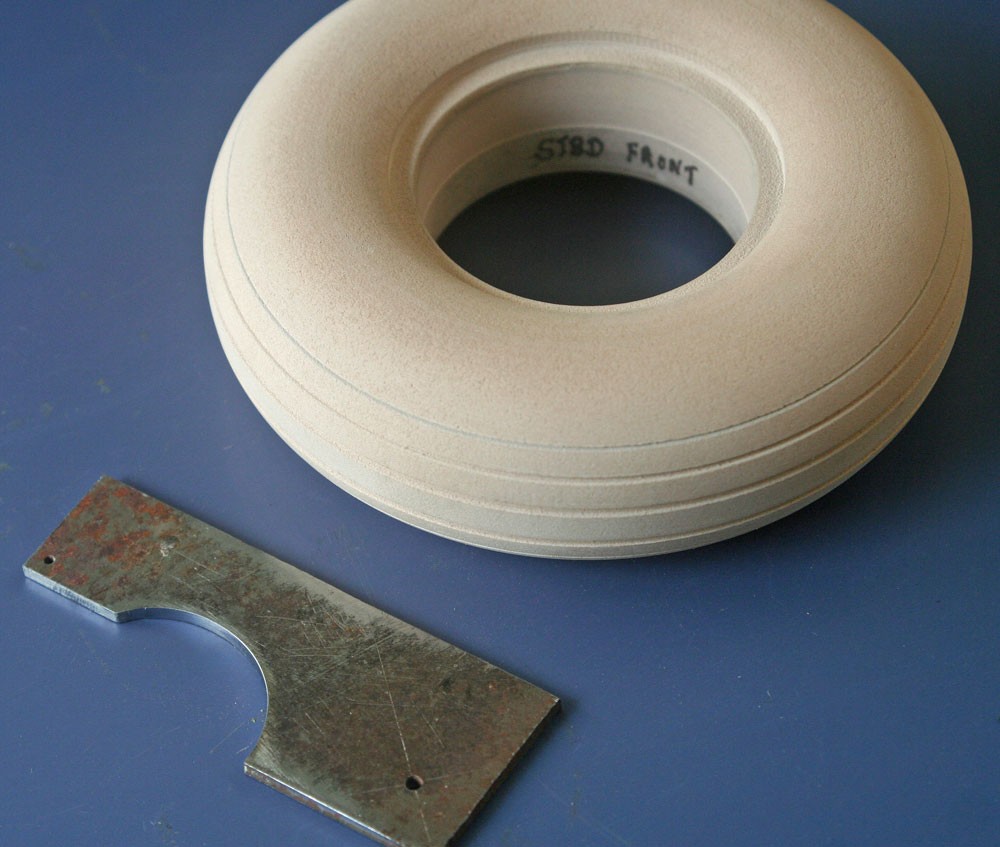 The finished tyre complete with its cencentric tread pattern. 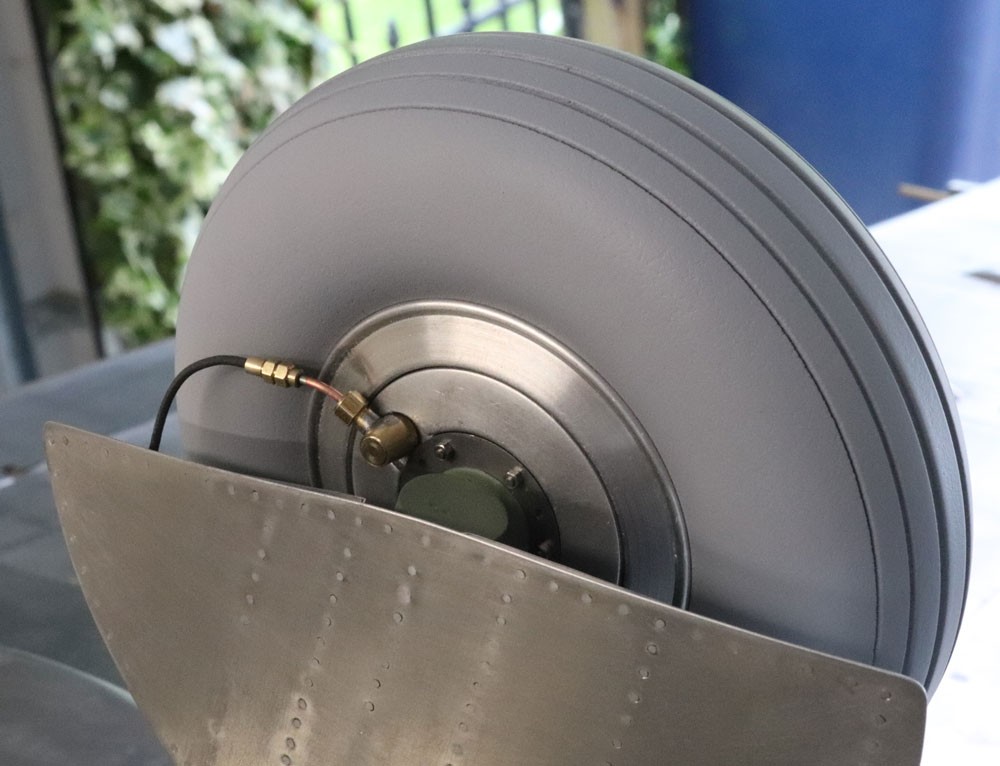 After several coats of automotive spray primer, the tyre is ready for painting. 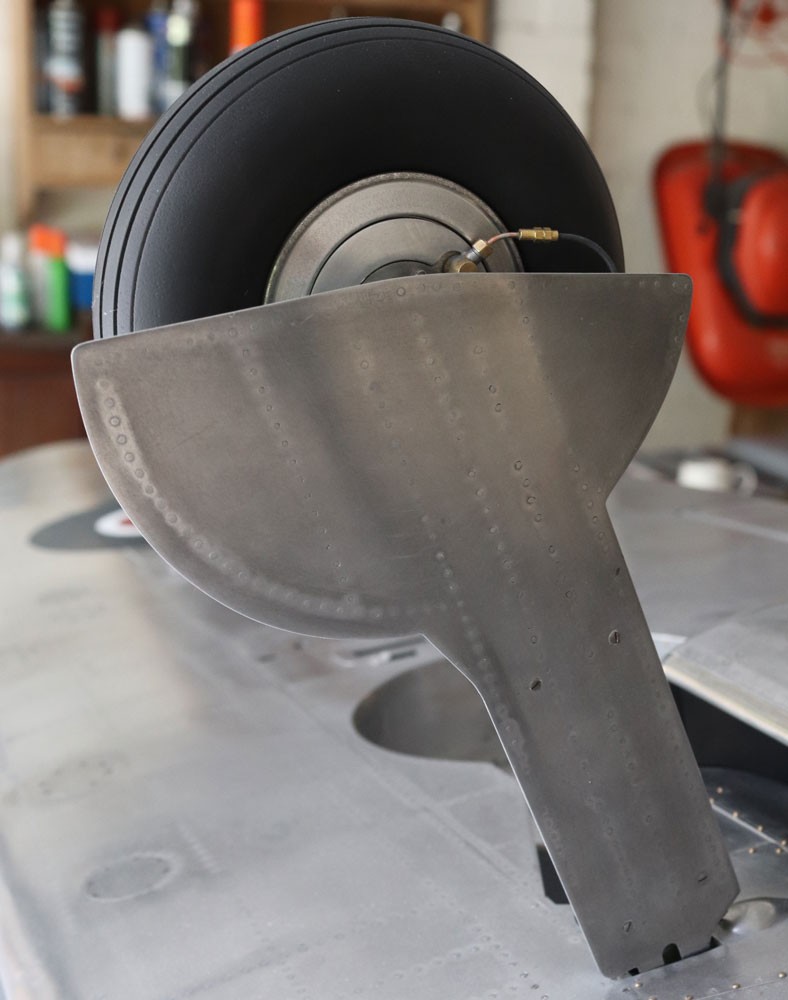 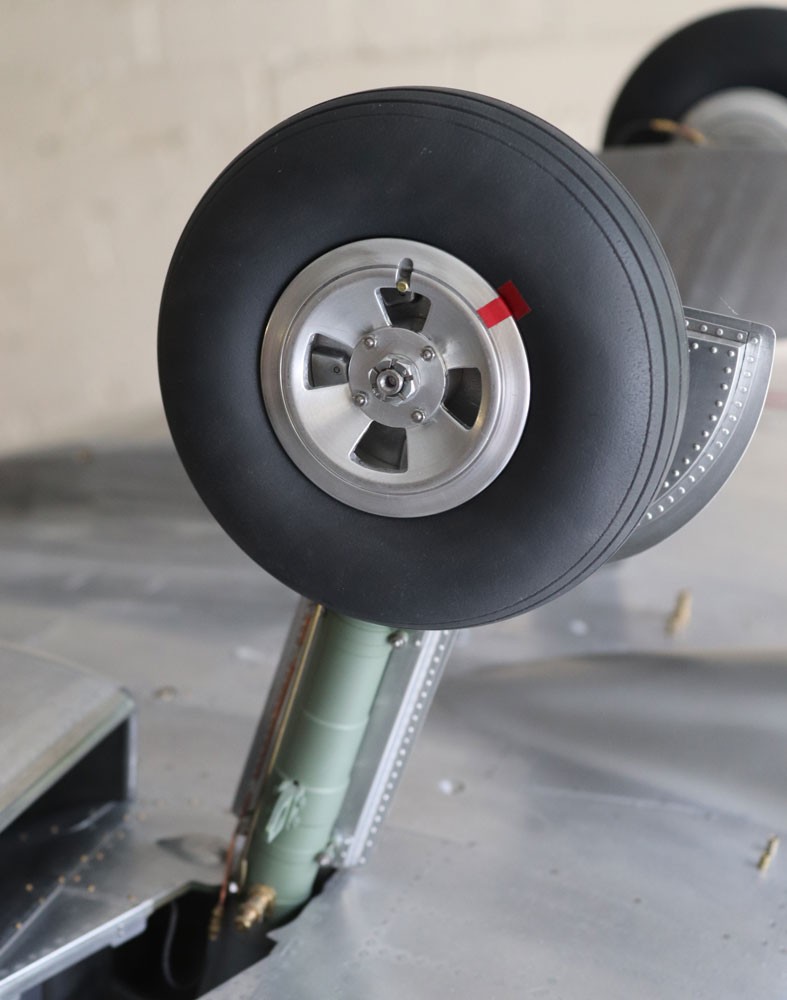 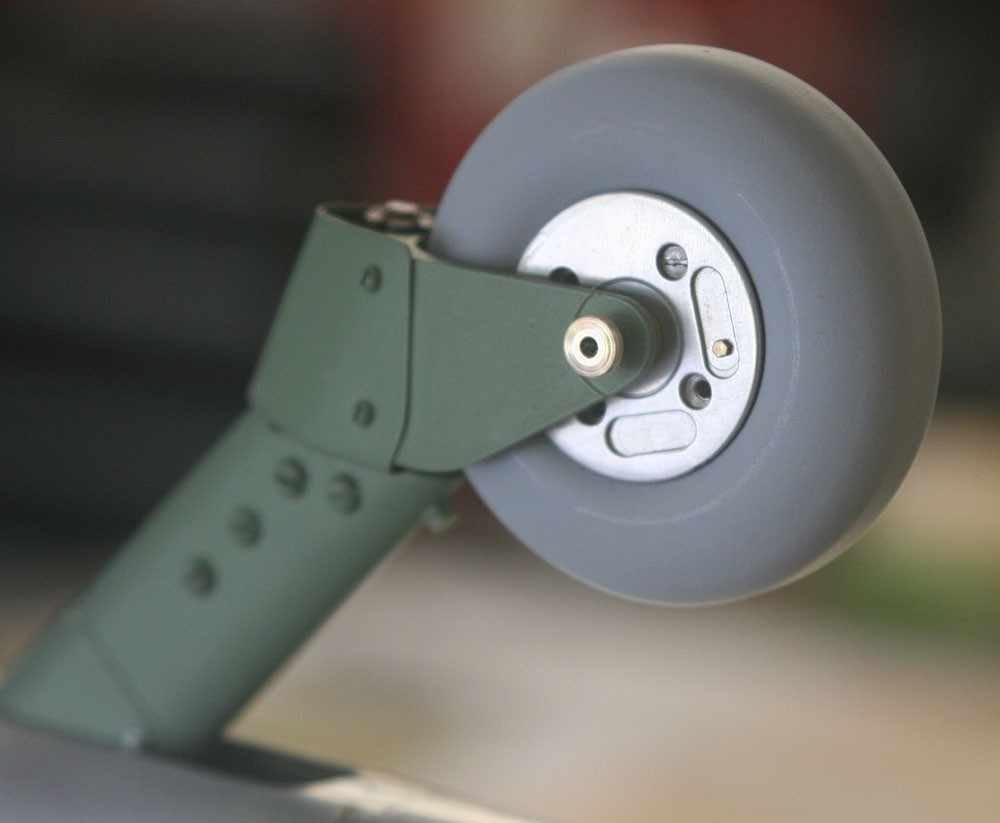 The tail wheel tyre prior to painting