By the beginning of this month, the one remaining job within the Spitfire’s cockpit (apart from building the pilot’s seat) was to complete the upper half of the magnetic compass, the body of which I completed and installed some three years previously (Can it really be that long?).

My blog of 6 June 2015 shows the making of the metal parts of the compass assembly, including its sheet-metal tray.  Six months later in my blog I described doing the art work for the compass rose, using the excellent close up photographs in Paul Montforton’s book, Spitfire Engineered, as reference. Being fully occupied at that time with other tasks, I saved the partially completed Adobe Illustrator files on my Apple Mac, not anticipating that the ageing laptop was soon to die on me. While I was able to retrieve all of my work files – compass rose among them – the incumbent software, Illustrator included, was lost for good.

My sincere thanks go to Suffolk computer graphics consultant Robin Dean who came to my rescue this month by completing (and correcting) my original artwork and embellishing it with the additional graphic elements needed to create the compass array.

Following the procedure used for the instrument faces, I sent the finalised files (in pdf format) to a London graphics studio in oder to have a set of dry transfer rundowns made – a costly exercise since it involved three separate printings in dark grey, white and process yellow.

As my photographs show, the compass array is built by applying the transfers sequentially onto clear 25-thou PETG. The minute 360-degree calibrations and letters N, E, S and W are ‘reversed’ out of the solid grey transfer. Thus the white is laid down first and the grey imposed over it in precise register, followed by the yellow. I applied the white cruciform direction indicator onto an underlying disc of black styrene in order to give an impression of depth to the compass array. Finally, I cut a third disc of PETG to act as the instrument’s glass.

Once the turned aluminium compass pan had been primed and sprayed black, the various graphics elements could be assembled within it and the uppermost rim applied like a lid and secured with a tiny amount of CA glue. 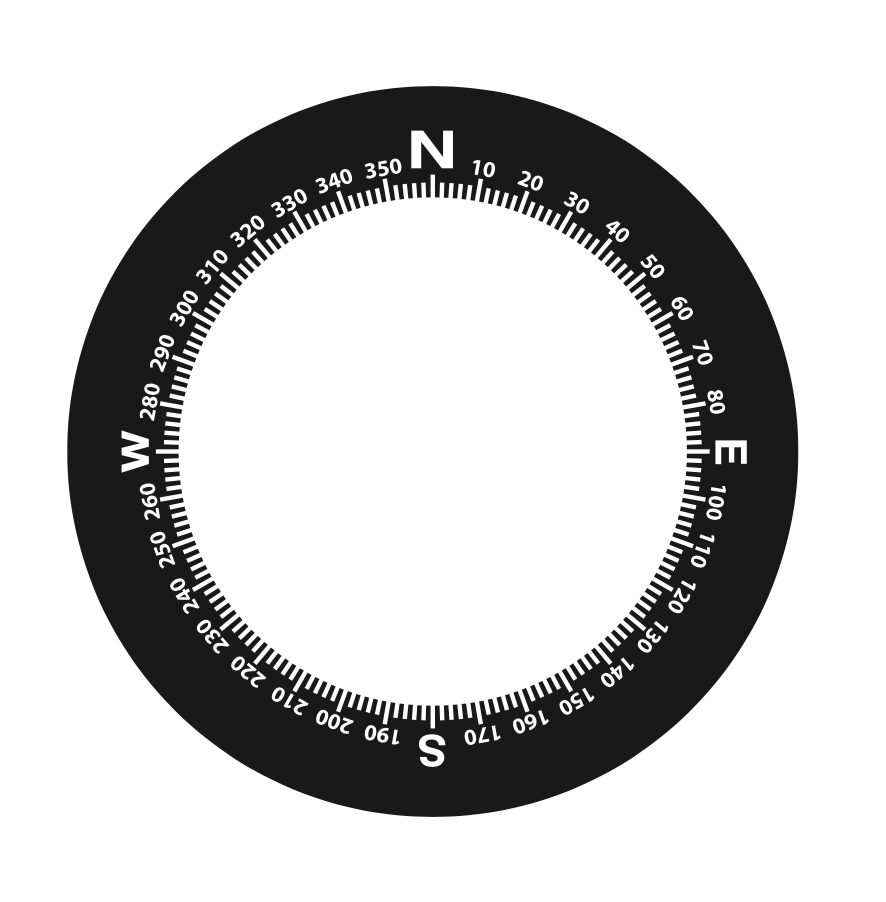 The artwork for the compass rose, as sent to my graphics studio. Reversing the tiny calibrations and letters out of the solid grey maximises the stability of the transfer. 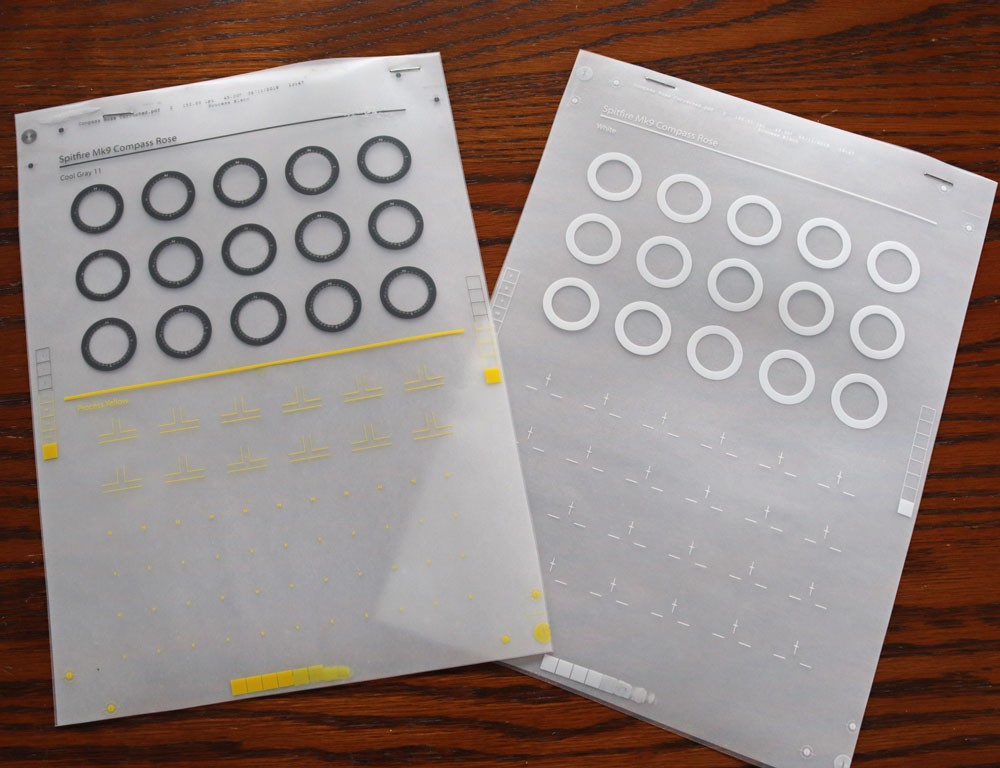 The three-colour set as recieved from the graphics studio in London. 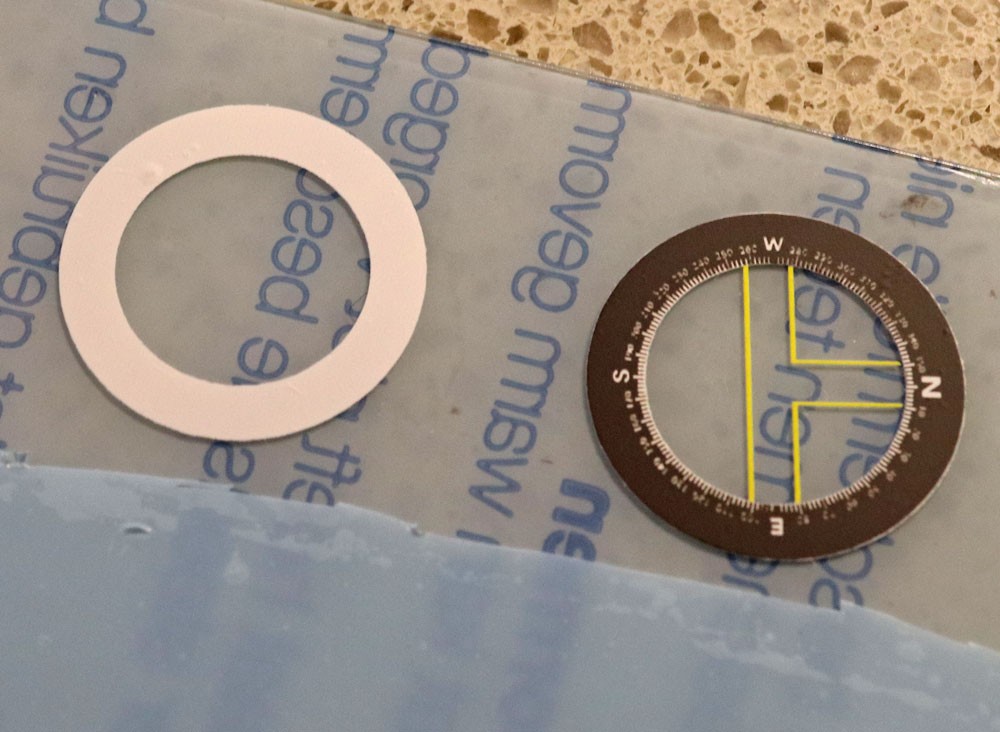 The white transfer is laid down first, followed by the solid grey.

The metal parts of the compass and tray prior to painting. 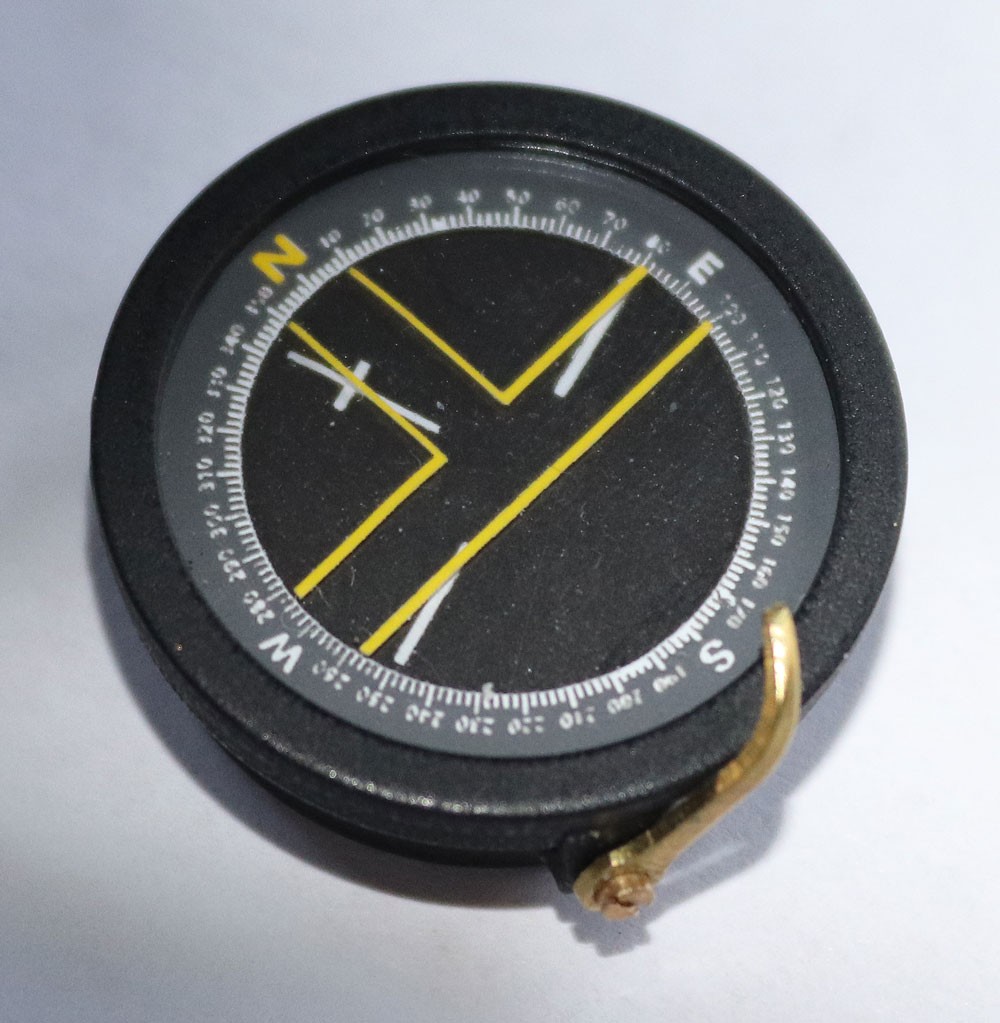 The completed and assembled compass pan. 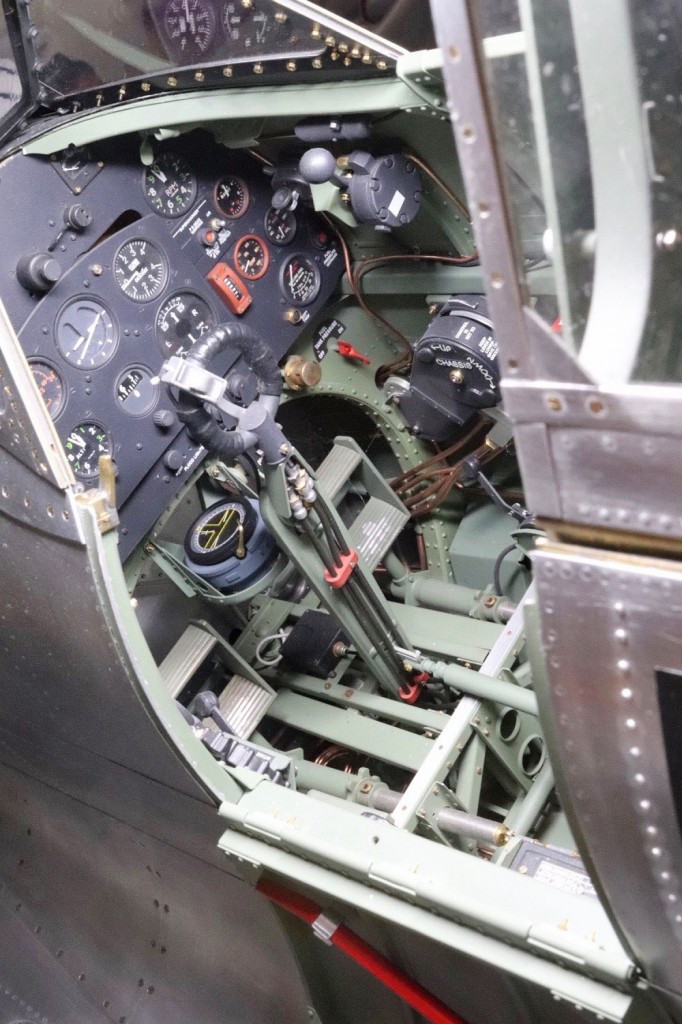 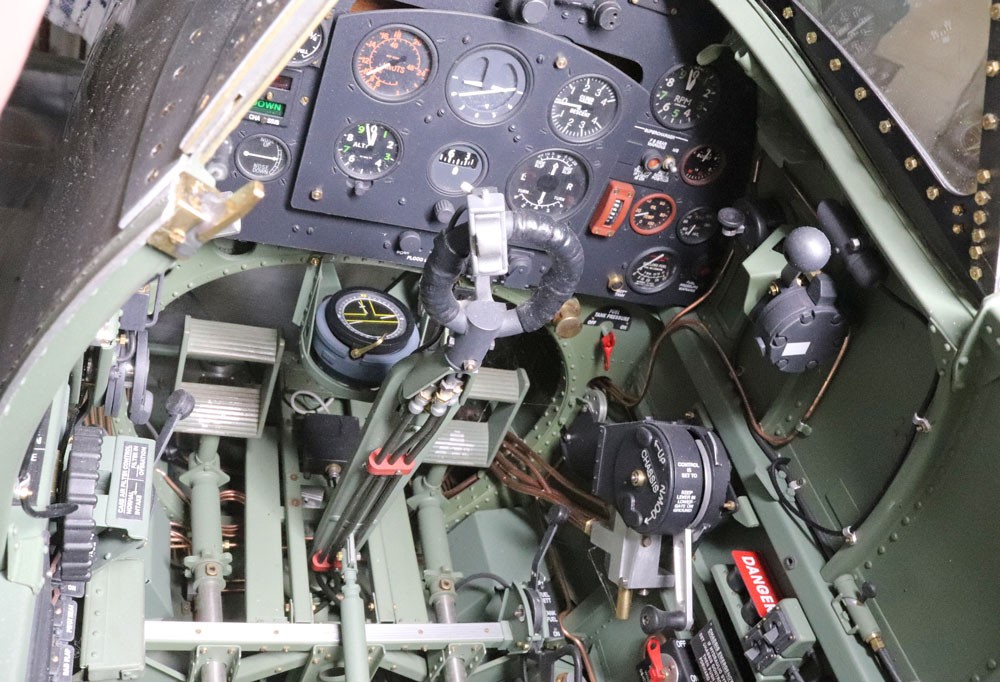