After one of the wettest, most demoralising winters I can remember, March dawned with a glimmer of sun. I heeded the cue and, for the first time since October, ventured into my workshop. But I needed something novel to help get back into the swing, so I chose to attempt the Spitfire’s tail wheel strut, since this would have to be installed permanently before the balsa infilling at the rear of the fuselage could be completed.

The strut is basically an oval tube, which scales to 18 x 7.5 mm. In the real aircraft it is over 30 inches long, although only the lowermost six or so inches is visible beneath the fuselage. I had nothing like it in stock, except some 19/32-in. diameter round copper pipe with a wall thickness of just over 1 mm. On experimenting I found that when squeezed carefully in the vice, it produced an acceptable oval just 60 thou oversize on the long axis, quite good enough, particularly since I could remove most of the excess with a file.

That takes care of the oval shape, but my flimsy copper strut would need beefing up to take the aircraft’s weight and withstand bolting to the fuselage. My photographs show how I rough-milled two lengths of 1/4 x 5/8-in. brass bar to slide snugly into the oval tube. I soldered the lower section and riveted the top one, drilling it through for two large bolts. With the strut bolted temporarily into position between the paired hard wood members that extend the length of the rear fuselage, I marked its finished length accurately, enabling me to mill the angled lower end and to drill and tap a 2BA hole for the yolk spindle.

I avoided detailing those parts that would be hidden within the fuselage, however the visible end has a prominent set of dome-head screws, and I matched their scale size precisely by turning a few thou of the heads of some 8BA round-head brass screws, while simultaneously shortening each one to just a few threads. I drilled, tapped and countersunk the holes either side of the strut accordingly, and the photos show the result.

In the real aircraft the strut has a sheet aluminium sleeve midway up, presumably to strengthen the pivot point. Although not much of it shows, I decided to fit it anyway. The tricky part was to cut my litho plate so as to get a perfectly abutting seam along the upper apex of the oval. I solved this by wrapping masking tape all around the circumference and making a nick in it with a scalpel, so that on removal the tape carried the exact dimension. It was then a simple matter to gently anneal the litho plate rectangle and to wrap it snugly around the strut, adding a touch of very thin cyanoacrylate sucked in along the seam and a few snap head rivets as indicated in the drawing. There is a tiny grease nipple on the trailing edge, and it took only moments to drill a hole for this and to turn the nipple from 9/64-in. brass hexagon.

The remaining three parts were straightforward: I turned the 3/16 in. diameter mild steel spindle, cutting threads of 2 BA and 4 BA respectively into the shouldered ends; and I made the simple conical brass boss for the yolk. Finally, I turned the 2 mm thick grooved brass bush that fits between yolk and strut… job done. 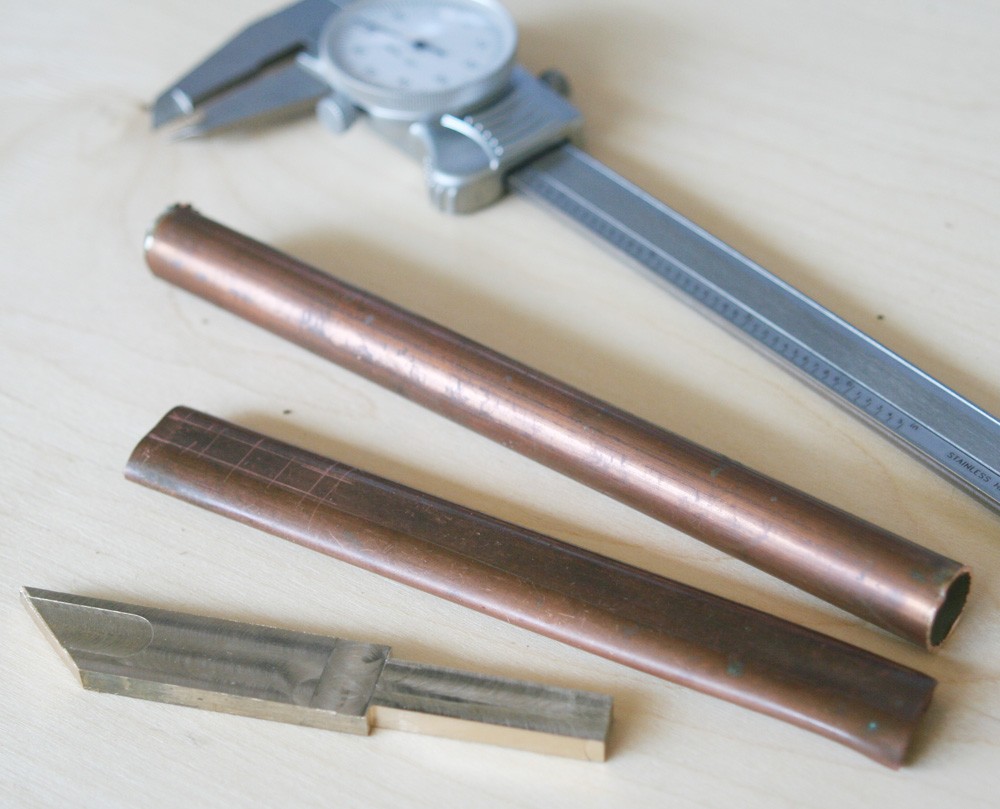 The strut is made from round copper pipe squeezed to an oval shape in the vice. The strength comes from a brass core cut from the flat to telescope into the tube. 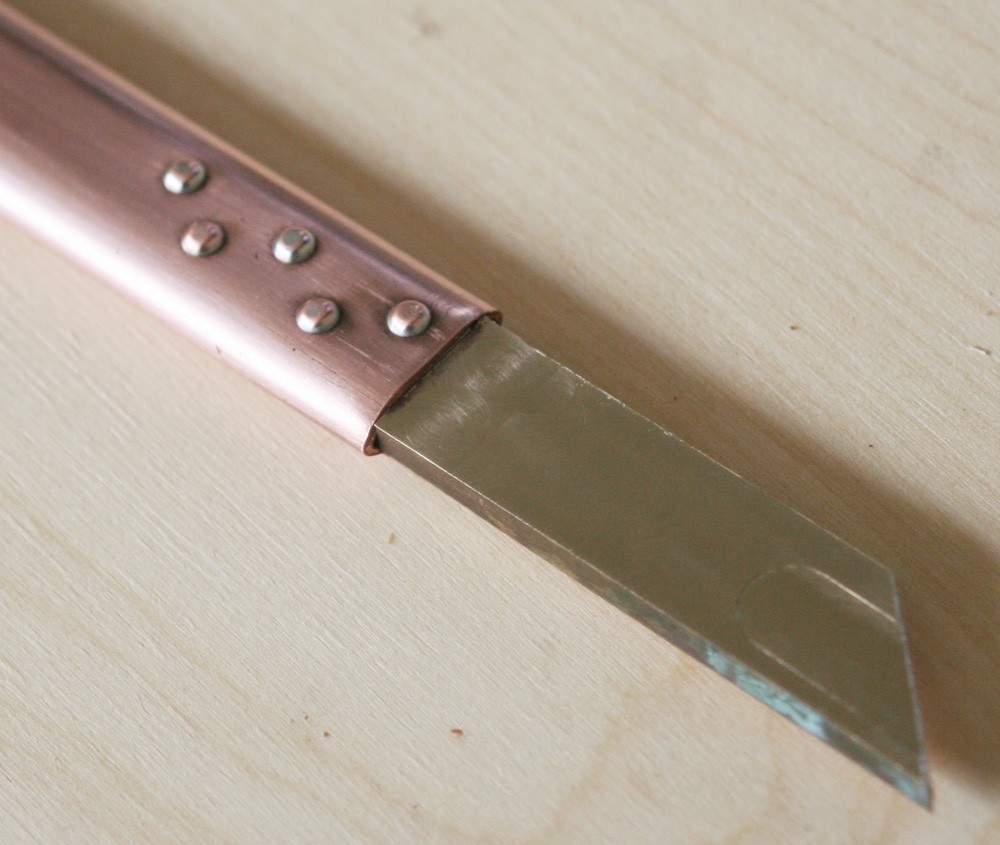 At the upper end of the strut, which is hidden inside the fuselage, the two parts are riveted together. 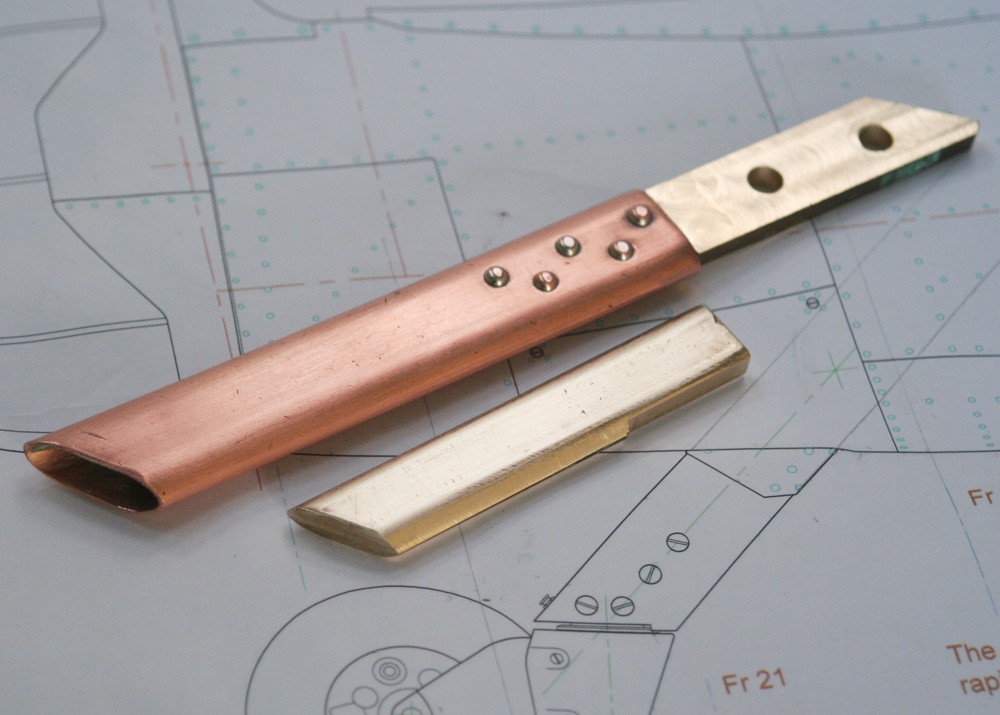 The lower half of the brass core rough-milled to fit. 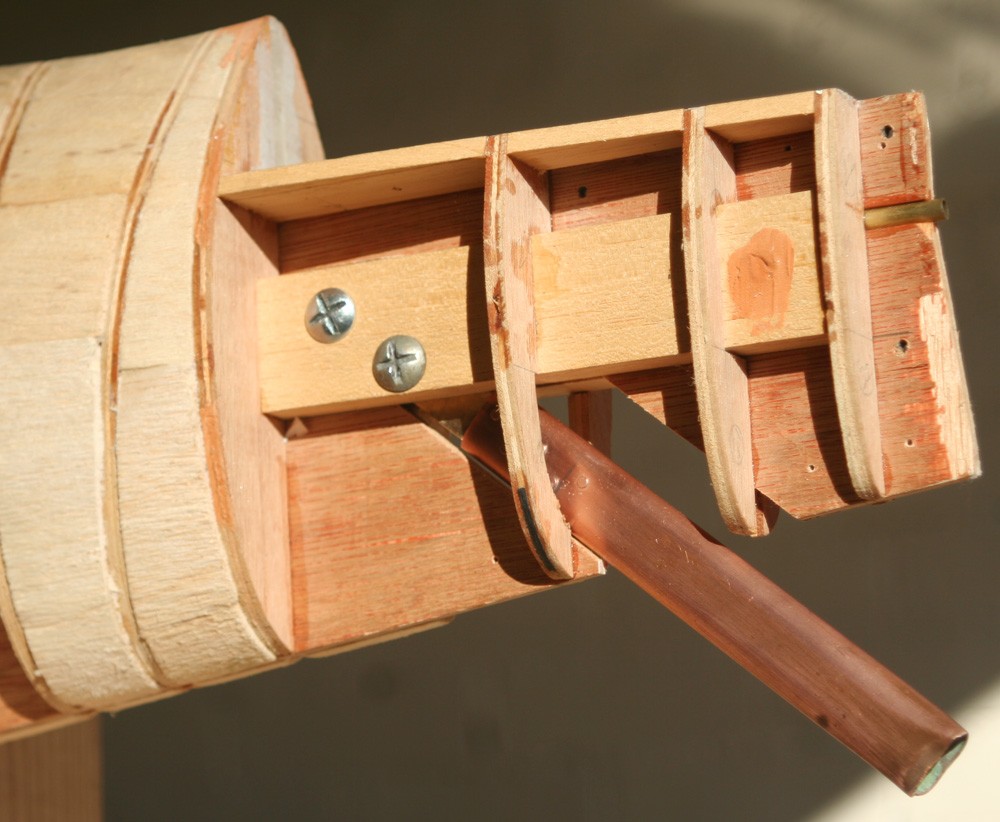 The brass is drilled for two sturdy retaining bolts and the assembly is installed briefly in position so its lower extremity can be marked accurately.

By now the lower brass section has been soft soldered in place and the job set up for milling and drilling for the spindle onto which the yoke casters. 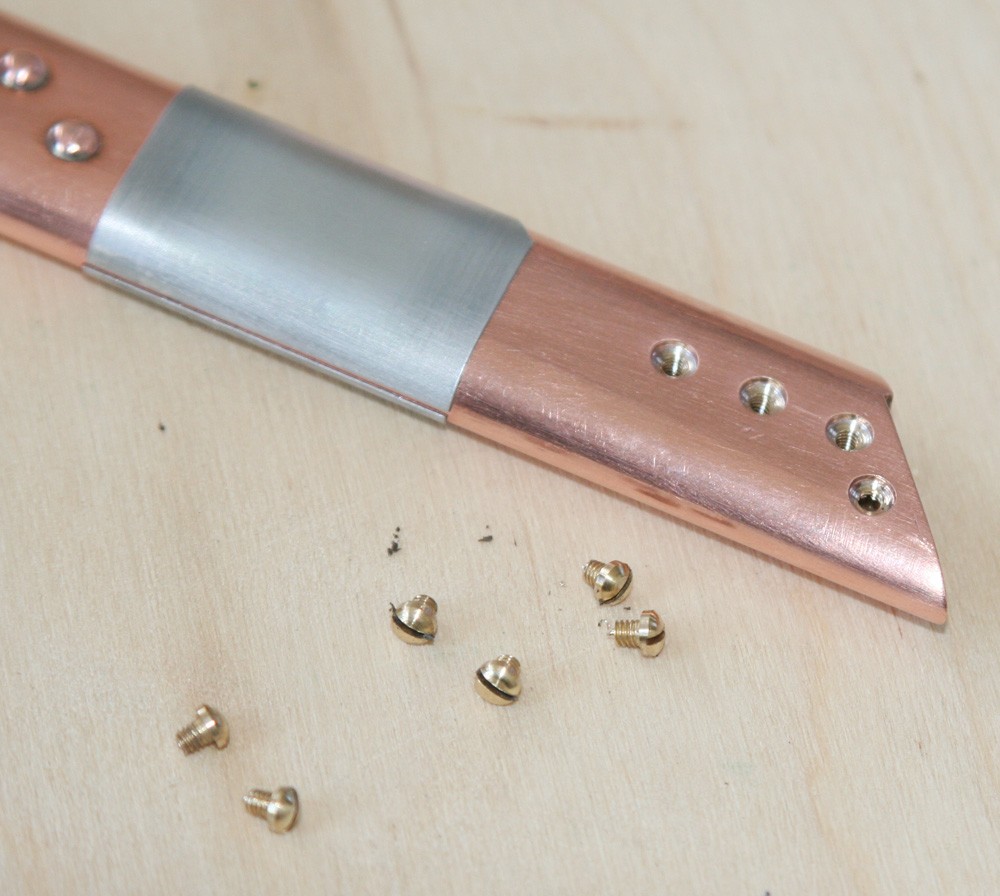 Detailing in progress, showing the dome head screw sets, four on either side, and the sheet aluminium sleeve.

The lathe-turned components include the steel spindle, the conical brass boss that will later become part of the yoke and the washer-like brass bush that fits between the yoke and the strut. The finished strut. I have not yet decided whether to leave it bare metal or paint it! 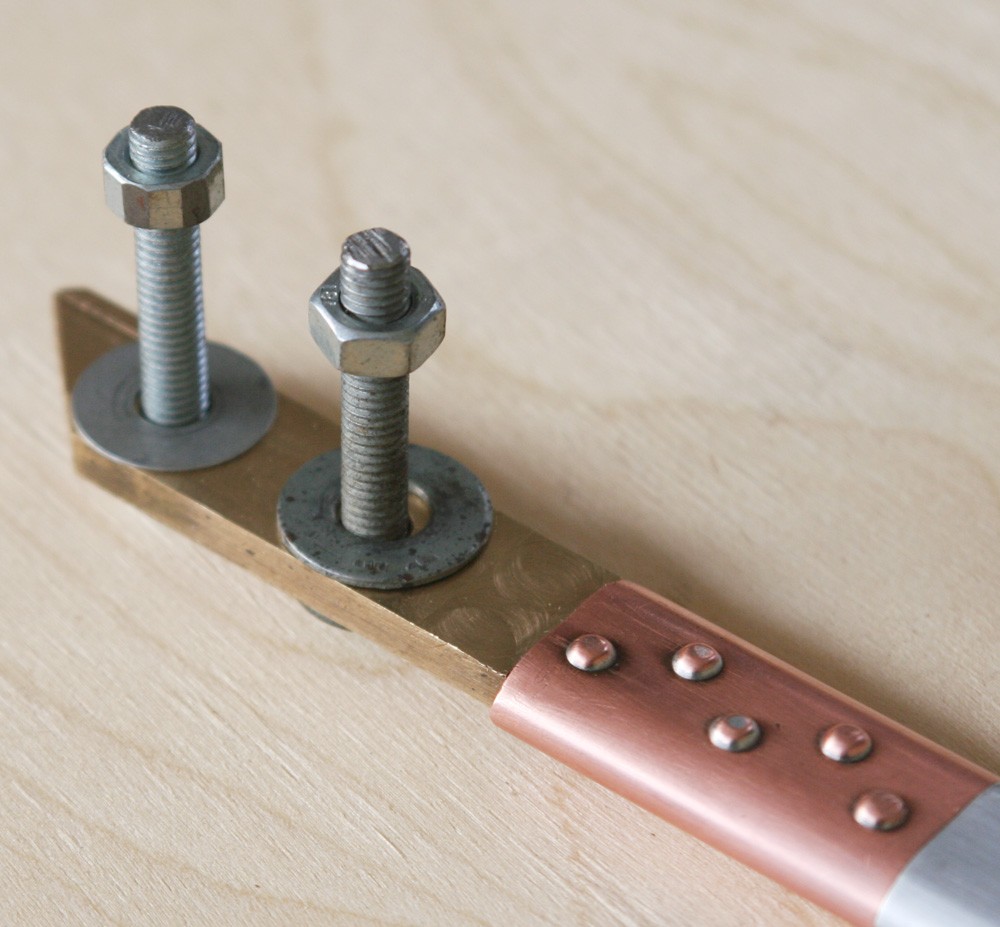 Painted or not, the strut is not likely to move once installed!