My plans have gone awry. I had intended to set the half-completed starboard wing aside and to turn to building the upper port wing. Then I could utilise the still flat undersides of the wings and centre section while clamping all three together on a large table – the aim being to set the dihedral and drill the eight crucial holes for the through-spar bolts. What I had not anticipated on removal of the work from its baseboard was the appearance of a slight but perceptible span-wise upward warp in the outer third my wing! Why this happened is a mystery, since it was not a problem I have encountered before.

The obvious solution is a stiffener screwed to the underside of the plywood plate. But since the Spitfire’s wing is so shallow towards the tip, even the hardest wood would have to be tapered so finely as to be useless. That leaves metal. I happen to have a sturdy aluminium I-section girder of about five-foot long, so I decided to try cutting this down to a tapering T-section. Even so, by rib station 22 (the penultimate outboard rib), the T dwindled to a flat of less than 1/8-in. thick. My suspicion that this too would be inadequate was confirmed: the metal bowed to the wing rather than the other way around. By now in desperation, I tried putting an opposing set in the aluminium to see if that would work. And indeed it has, but only after four separate attempts, each involving incremental increases in counter curvature – and mercifully, despite the considerable stresses involved, the small screws held!

The upshot is that I immediately set about building up the underside of the offending panel so as to reinforce and consolidate the correction. The convenience of setting the dihedral at the halfway stage would have to go by the board! 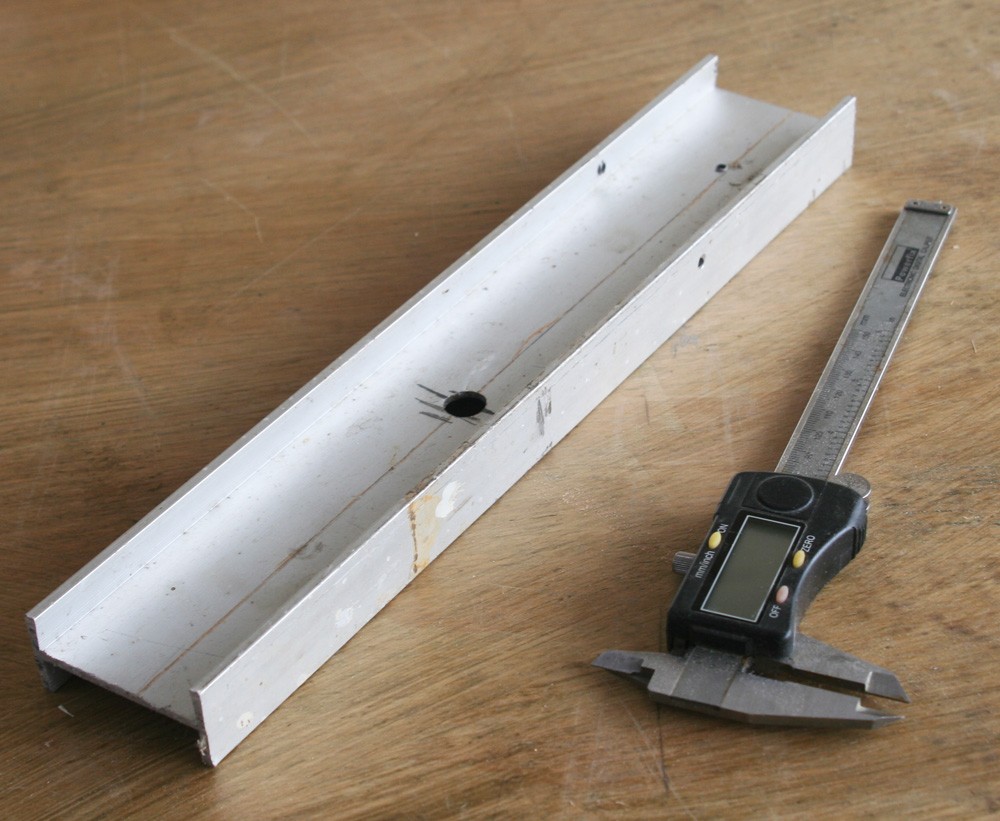 Emergency fix: A left over length of the aluminium extrusion which I cut back to create a T-section brace for use in reinforcing the wing. 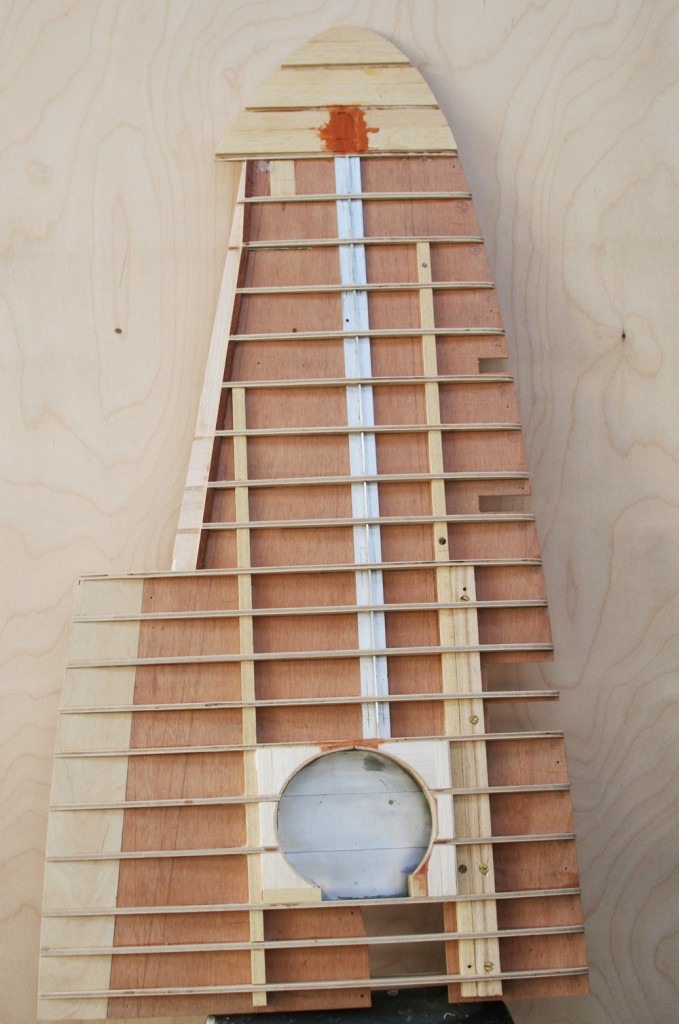 Effective cure: The metal brace in position on the underside of the wing plate. I will describe the remainder of the work on the wing underside in my next blog.