With the notable exception of providing for the wheel well openings (and the remedial measures described in my last blog), work on the lower half of the starboard wing closely mirrored that above it. Minor but important additions made at this stage include the four turned aluminium tubes let into slots in the leading edge to accommodate the Hispano cannon and twin .303 Browning machine guns characteristic of the Mk IX’s C-wing.

So as March drew to a close, and with the wing inverted on two flat cushions to protect the vulnerable balsa upper surface, I followed essentially the same procedure as before – firstly the spars and other span-wise stiffeners are glued (and in places screwed) into place, followed by the chord-wise half-rib sections and then, finally, the balsa blocking.

As work progressed, the half-completed aileron was reinstalled into the wing so that the under-surface could be built up in situ to guarantee conformity. However, before installing wing half-sections 6 and 7. I boxed in the area immediately around the quasi-circular wheel well opening so as to provide support for a ring of flexible 2mm ply, which I glued exactly flush with the pre-cut opening. With its external periphery in-filled with scraps of soft balsa, this serves as my structural foundation for when the time comes to install the aluminium wheel-well walls. 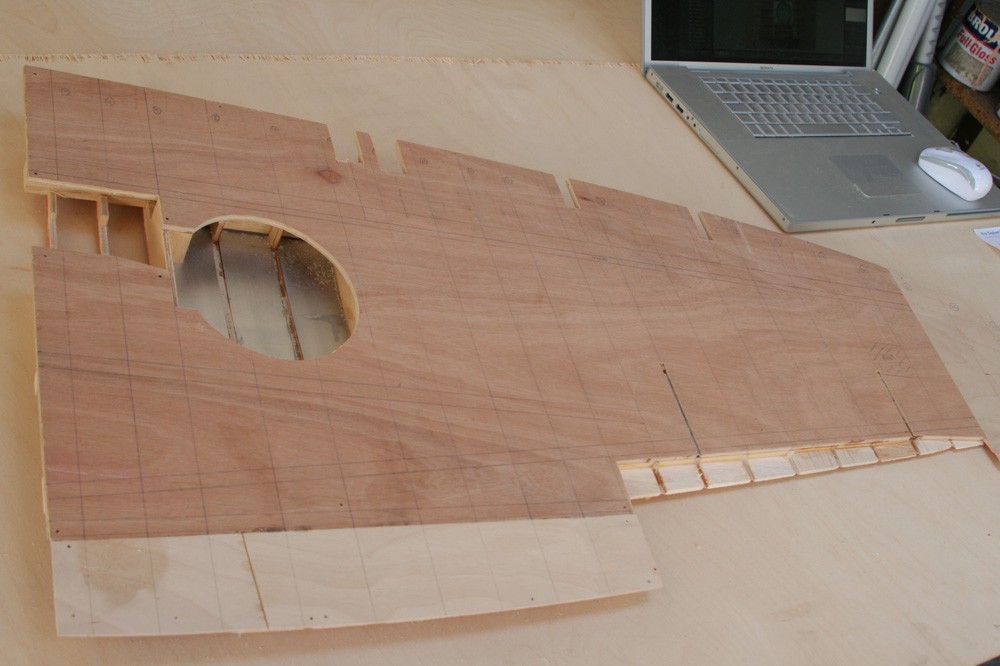 The part-completed starboard wing shortly after removal from its building board. 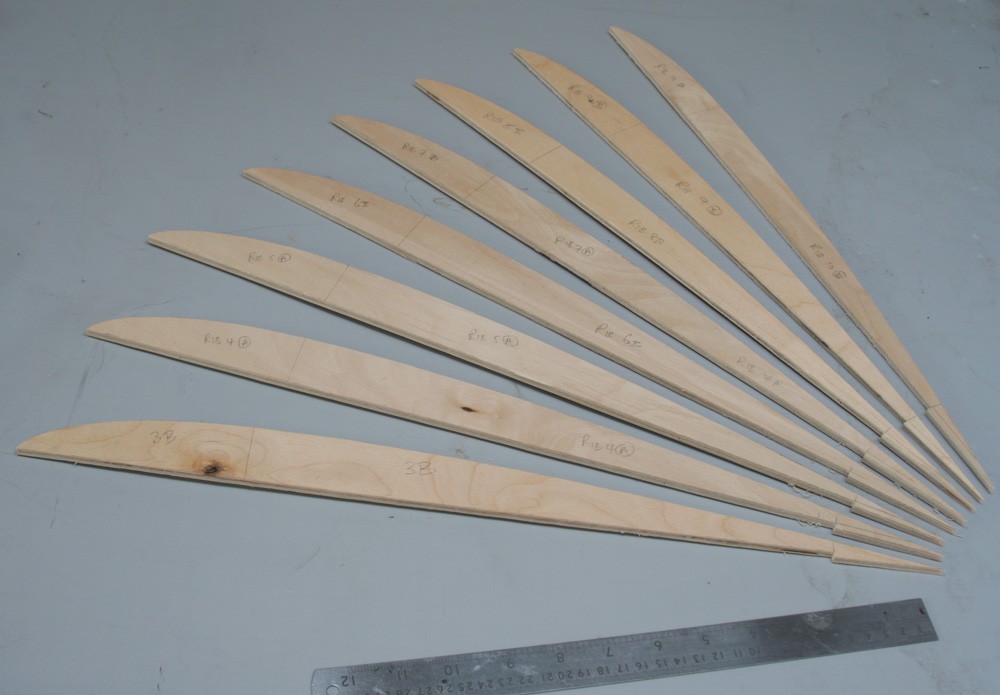 Some of the underside half-sections cut from 4mm ply and ready for installation. 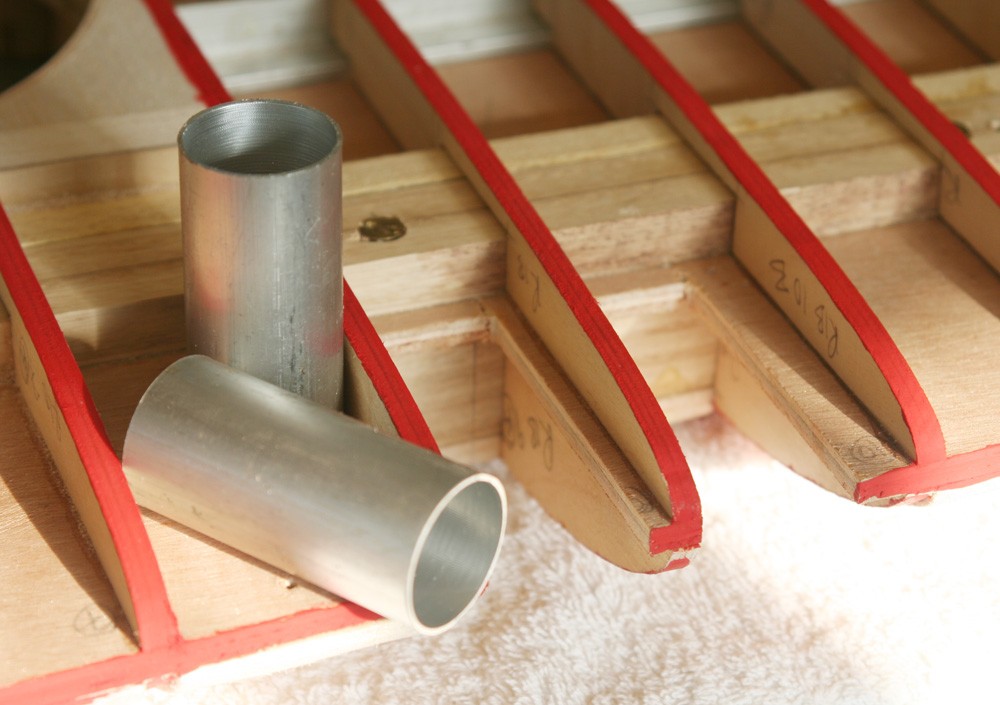 With the half-sections in position, I cut slots in the leading edge to take thin-walled aluminium tubes for the big Hispano cannons. The inner diameter of the tubes is turned to match the outside diameter of the cannons. The paint is there to aid subsequent carving and sanding of the balsa. Once the sanding block starts to cut into the red it's time to stop, or at least to progress with caution! 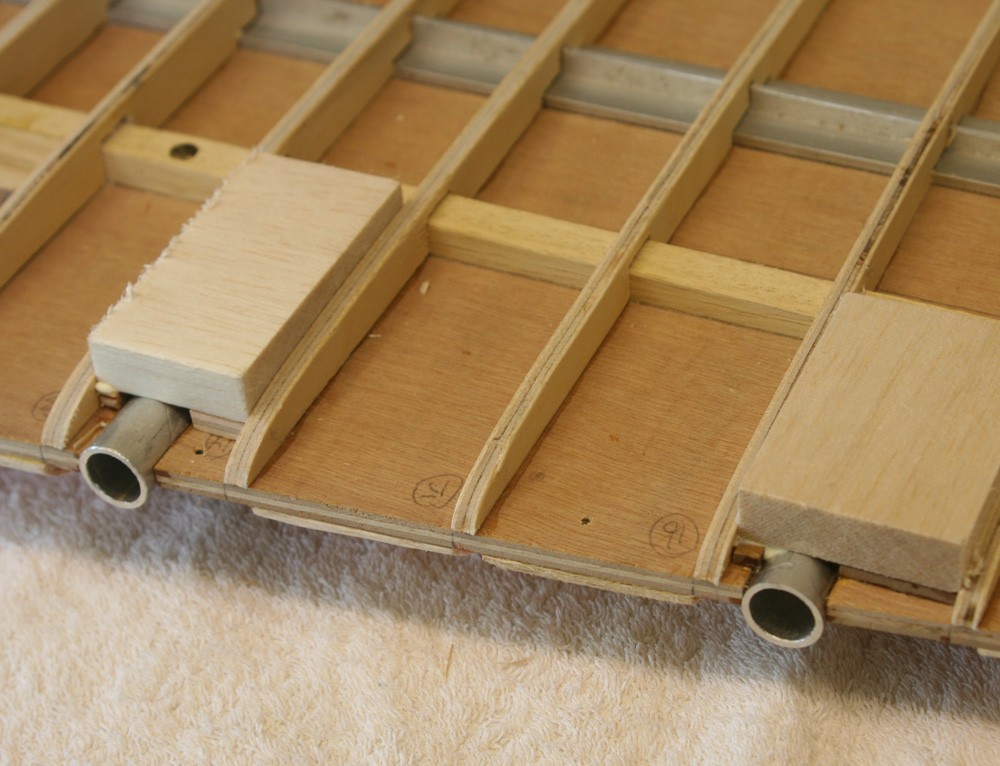 Two similar but significantly smaller tubes were machined and installed by way of the Browning machine gun ports. Note the spacer pieces just visible below the balsa infill that ensure the centre of the aperture is correct relative to the wing datum. 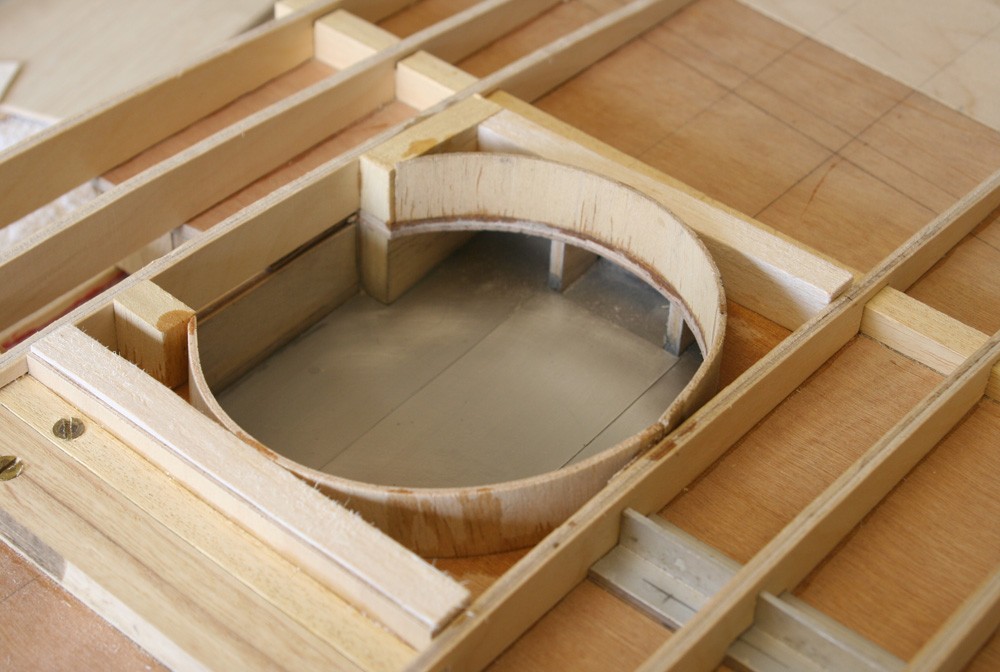 A flexible ply ring is installed to delineate the wheel-well opening in the bottom skin and provide to a foundation for the aluminium liner. 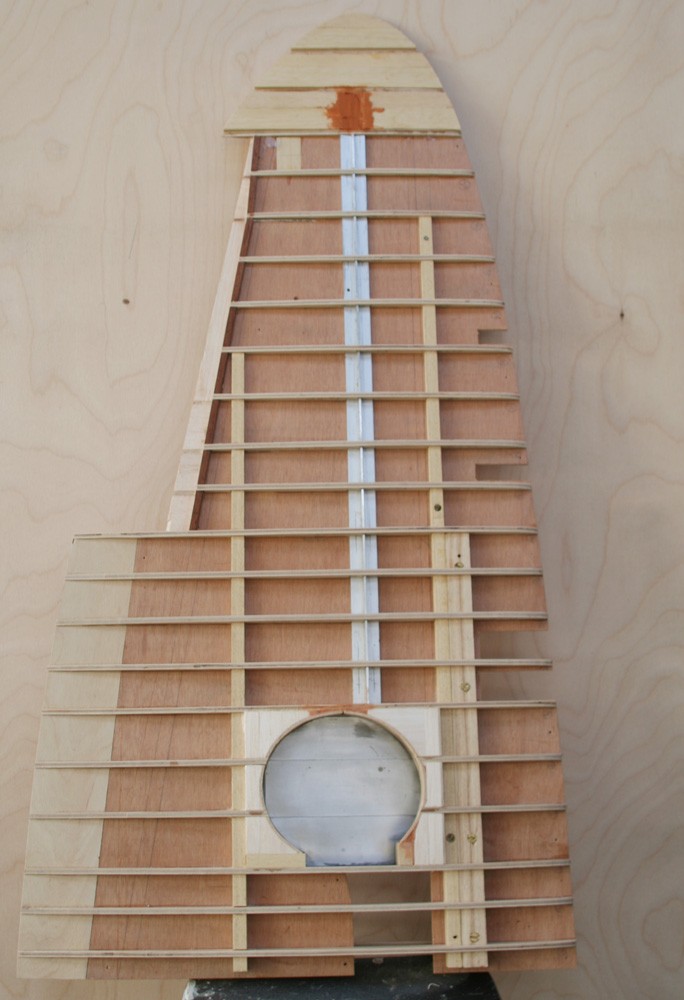 The starboard wing underside is now ready for the balsa blocking stage... 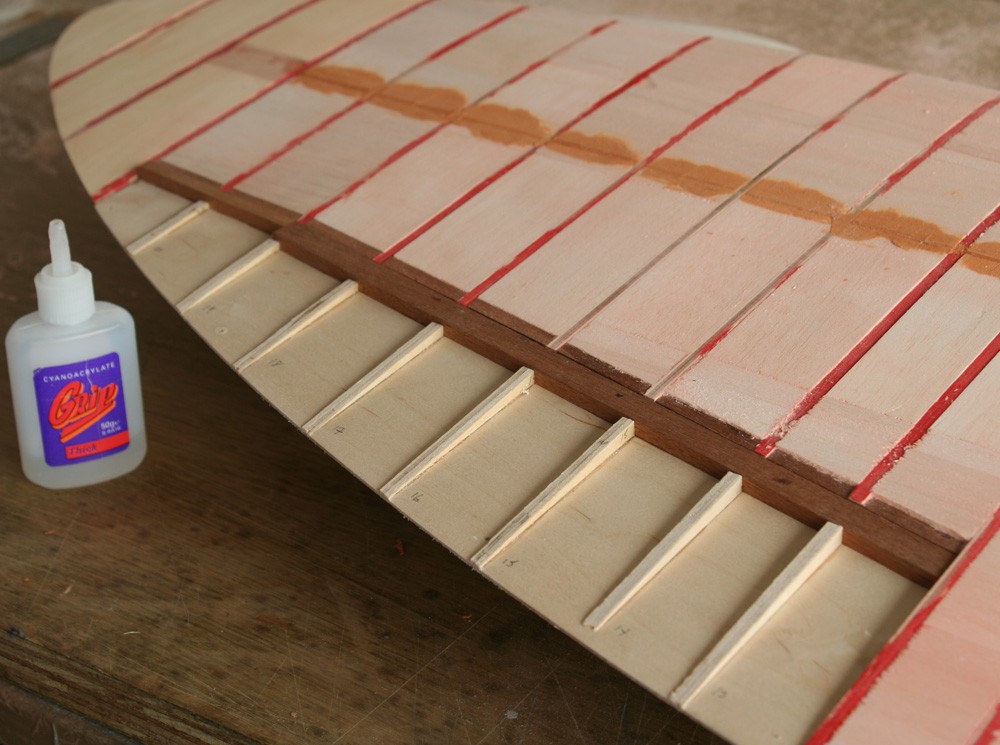 ..which involves remounting the aileron. Only by installing the ribs and balsa matrix in situ is it possible to ensure that the finished surfaces conform.