What I have not mentioned so far is that work on the wing root fairings entailed permanent installation of the nose module, with its four extended plywood sections that define the root fairing down to the leading edge. As described back in September 2013, the nose incorporates two longitudinal hardwood batons, which slot over and bolt to the sturdy ply web embedded as the profile of the main fuselage. In addition, where the nose abuts the fuselage, it is heavily reinforced by a 1/4-in. ply cross sectional doubler drilled through for further bolting points, two on the port side and two starboard. It is not designed to move!

Despite a fleeting concern that stresses induced by installation of the wing centre section might have caused minor distortion, the nose slotted on snugly and tightly, and once the various nuts and bolts had been coaxed into pace and tightened up the way as open to entomb them under the final balsa blocking on the fuselage flanks. All that remained now was the wedge-like void left on the underside immediately above the wing leading edge. To get this right I returned to my cross sectional drawings and cut three small crescent shaped formers to represent the visible part of the underbelly as it tapers back into the wing. By the time each of these had been divided into port and starboard halves they were tiny indeed. The pictures show the assembly in place and the subsequent balsa infill, which was shaped and faired into the wing with the help of some filler.

With the three major sub-assemblies that make up the model’s fuselage now united, I have something on my bench resembling a Spitfire. The downside is that already it is becoming a bit of a ‘beast’ to manhandle. At a rough estimate made with our bathroom scales the basic fuselage alone already weighs in at more than 12 kilos. 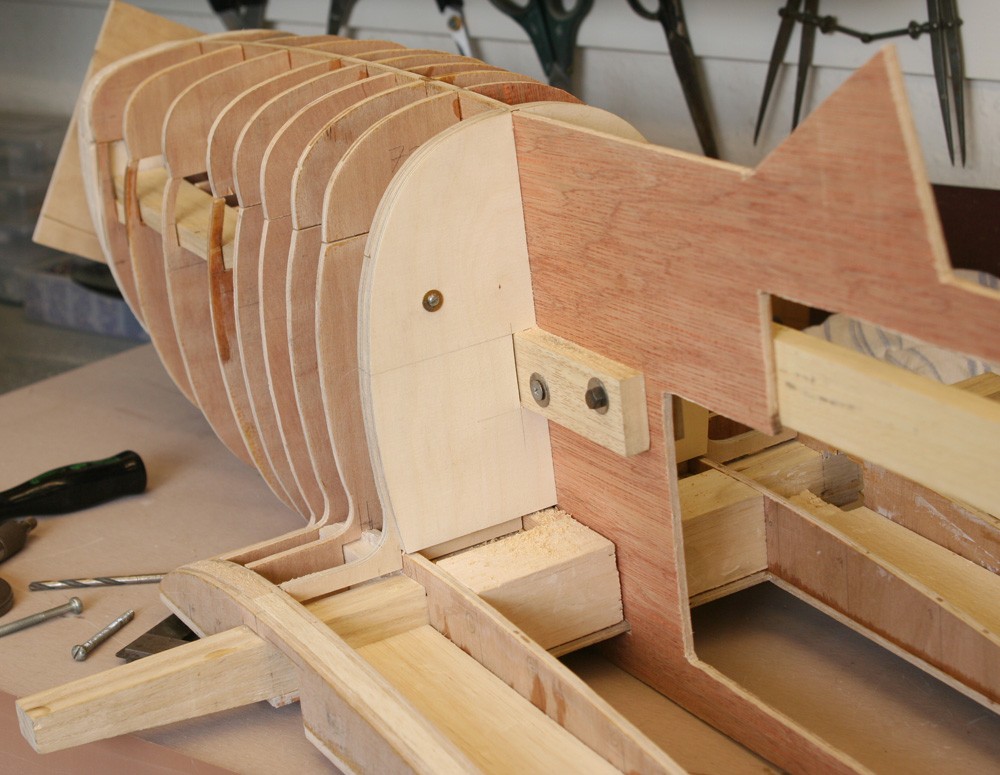 A look back to the early part of last year shows how the nose module slots onto the plywood web of the main fuselage, and is held there by two bolts. 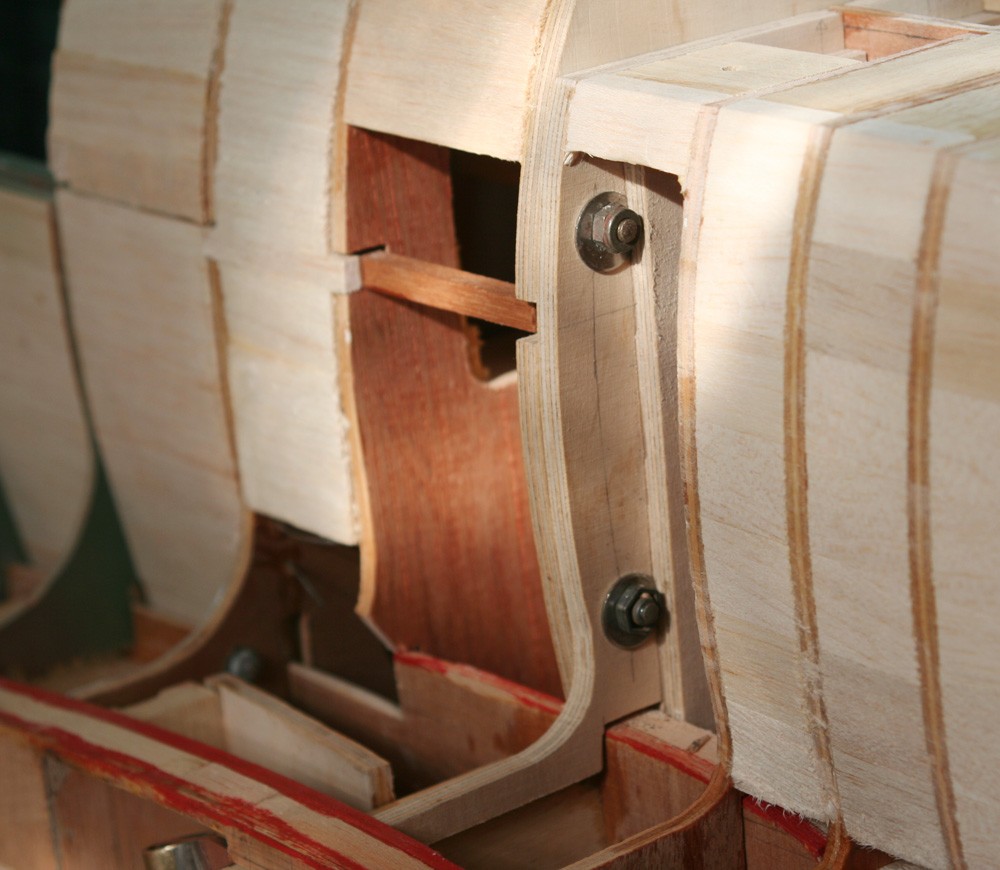 Additional bolts port and starboard pinch the reinforced sections together. 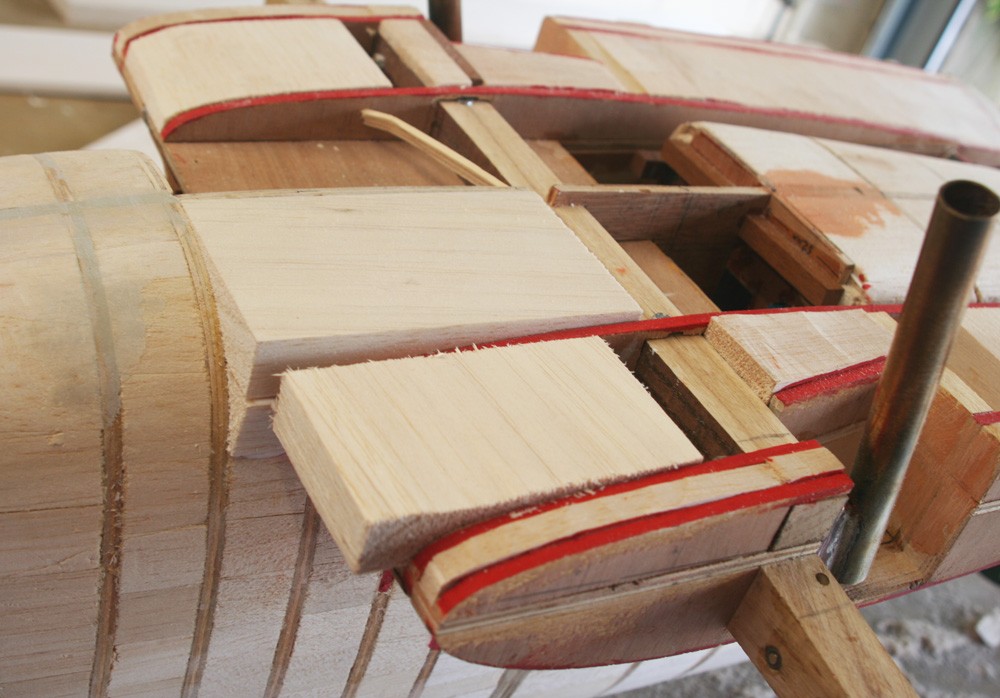 The underside of the wing leading edge is built up with soft balsa wood.

The wing shape is developed before turning to the gap left by way of the fuselage underbelly. 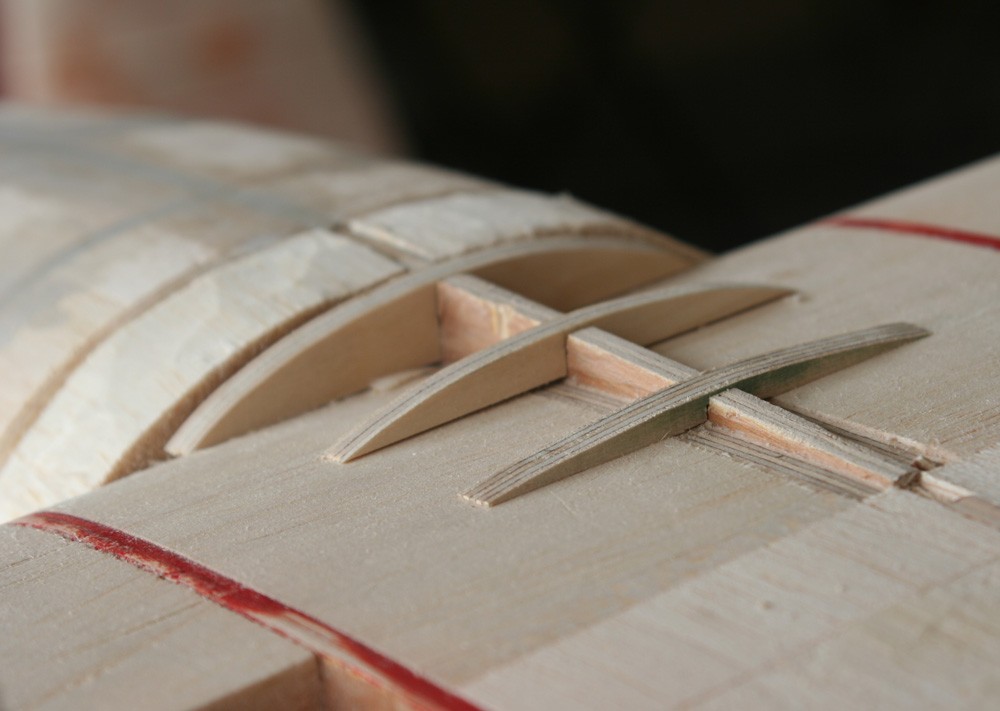 The missing parts of the fuselage sections are cut and glued into place... 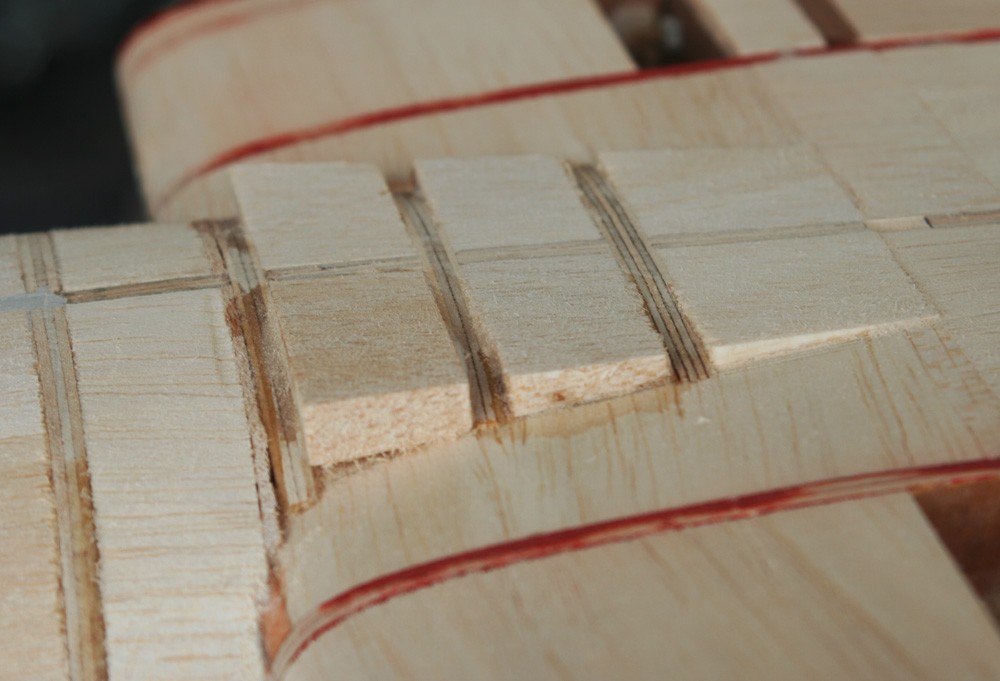 ..and the shape is built up with balsa. 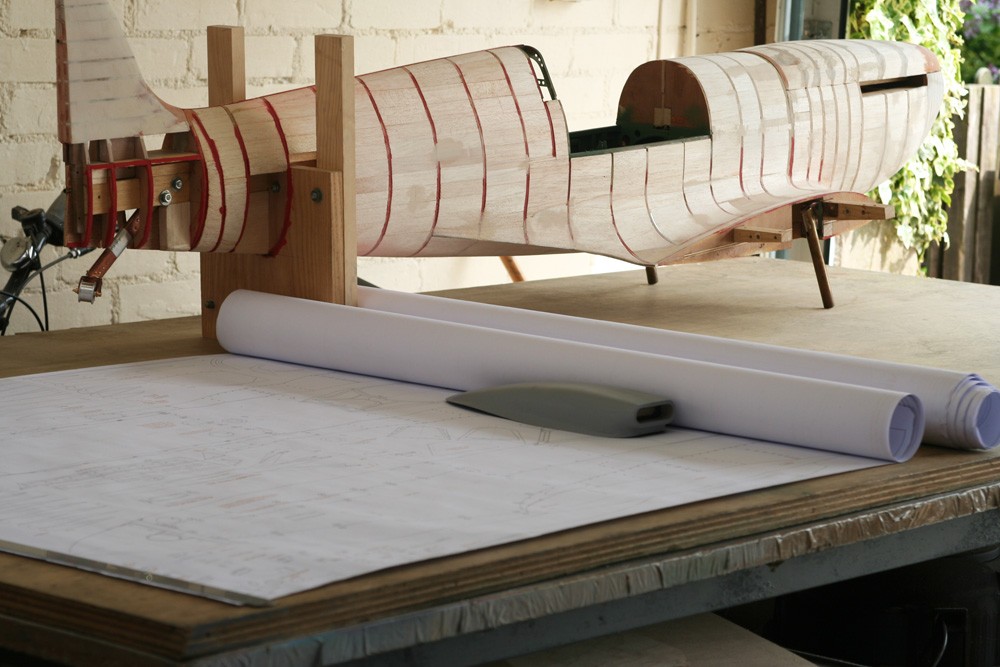 Apart from some fine tuning, the woodwork for the fuselage is almost complete. Note the tail wheel has been installed temporarily in preparation for blocking out the stern end.