It was my intention from the start to equip my Mk IX Spitfire with the broad chord rudder, primarily as a novelty when compared to my Mk I model. Yet even now I remain ambivalent on aesthetic grounds, since the standard rudder looks so much more elegant. So ever the champion of compromise, I have decided to make two rudders that can be interchanged at will – two Mk IX Spitfires for the price of one!

Because the rudder and elevators are so structurally similar, I will keep this page brief. The principal difference is that the rudder, unlike the other control surfaces, of necessity had to be built independently of its fin. This required especially close attention to marking out and cutting the sections, and even more careful measurement and trial fitting in order to achieve precise positioning and alignment of the rod and tube retainers that hold the rudder in place. Even the smallest error here would be glaringly obvious in the finished model. The other challenge was to turn the tapered dowel from which to form the rudder’s leading edge. Unlike the elevators, this features two breaks of angle, which called for careful measurement and use of the lathe’s adjustable cross-slide. As for the rest, I can safely leave the pictures to speak for themselves.

Overall, building the underlying wooden framework for the broad chord rudder was plain sailing, taking no more than a couple of days. That said, I still have the standard version to do. 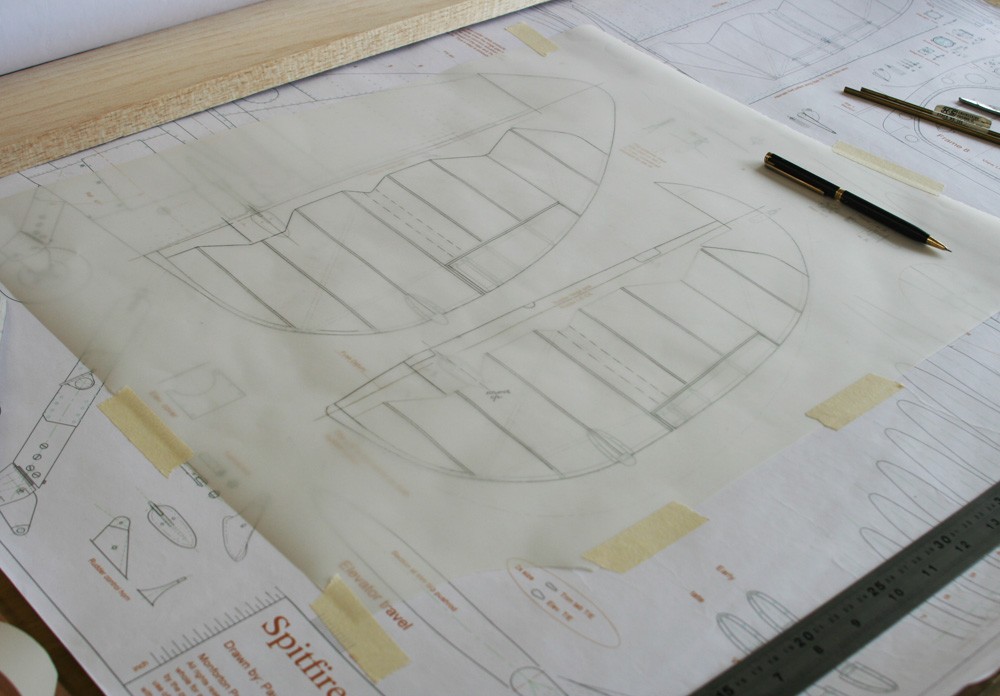 Tracing the profiles and section positions of the broad and standard chord rudders from Paul Montforton's drawings. 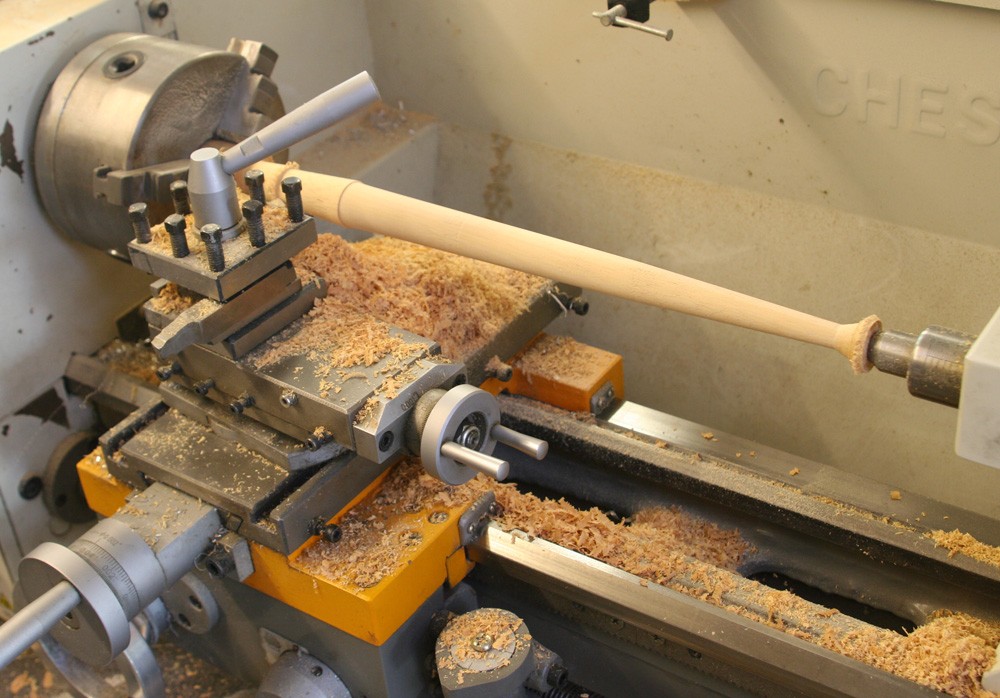 Turning a tapered dowel for the rudder leading edge. Cut lengthwise into quadrants, this suffices for both rudder versions. 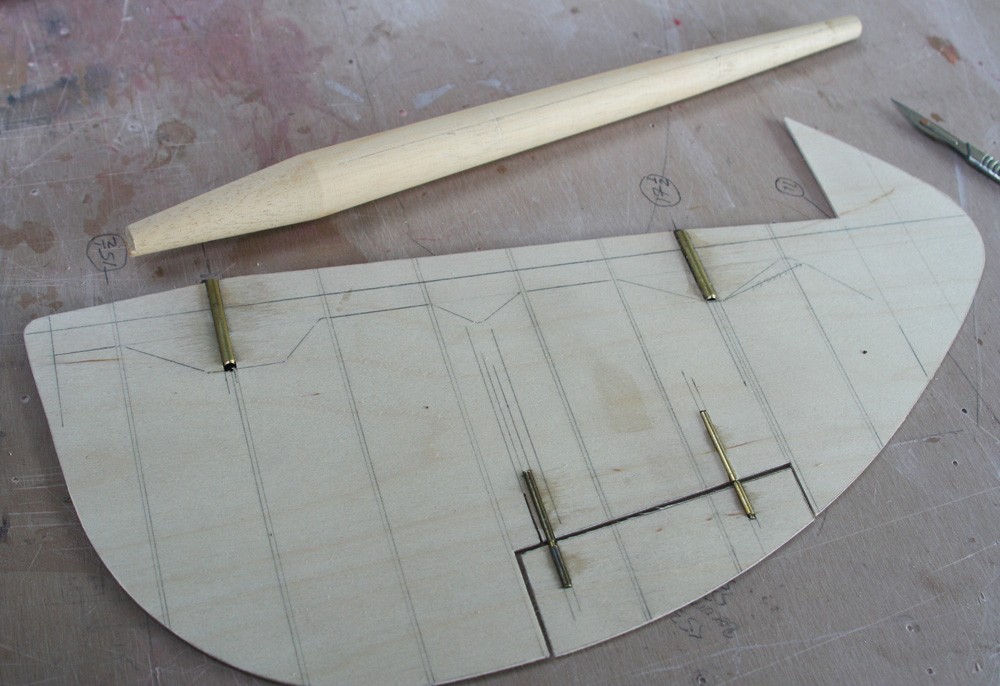 The broad chord rudder and it massive trim tab in the flat, and with the full compliment of brass attachment tubes. The tapered dowel has yet to be sectioned up. 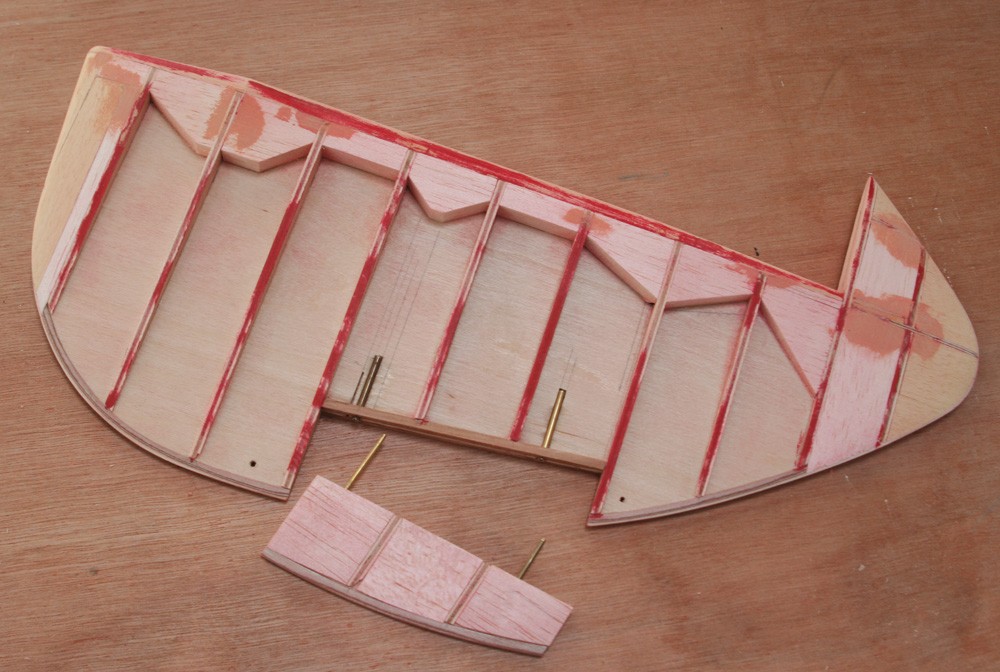 The finishing stages after sanding of the balsa and basswood infill down to the level of the half-sections. 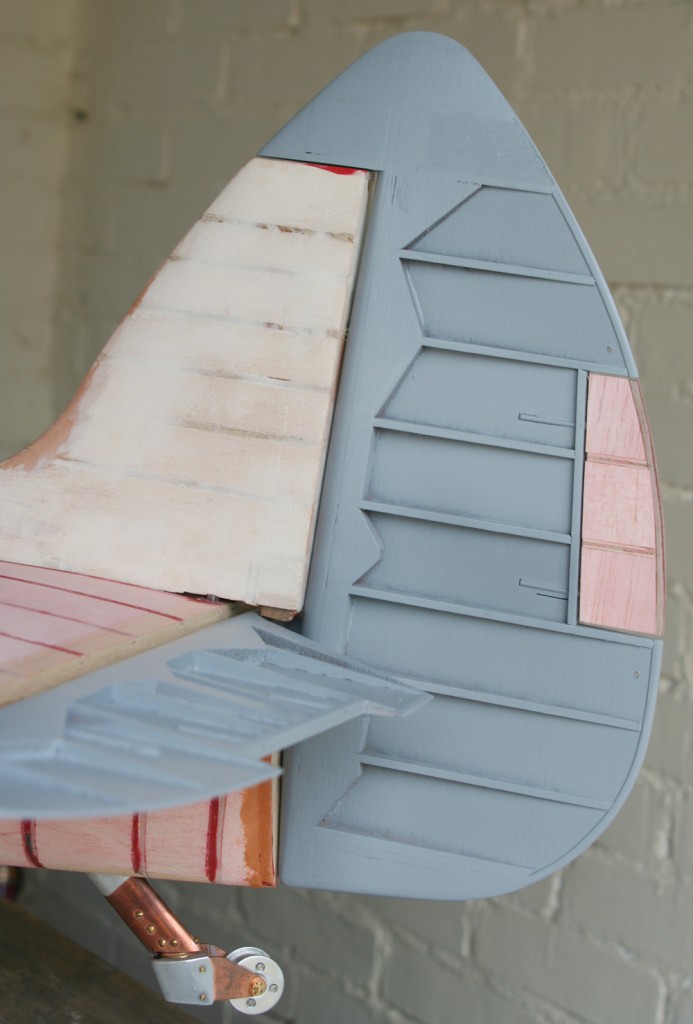 After a few coats of spray primer, all seems well when the rudder is test fitted.