The devil in the detail

I described in my last blog the turnbuckles for the elevator and rudder control cables, and how the chances are that they will hardly be visible in the finished model. And so it is with much of the detail painstakingly incorporated into the fuselage floor, yet destined for permanent incarceration. This not only includes large parts of the internal fuselage structure, such as the ventral sections of the frames and numerous intercostals and stiffeners and their associated fine detail, but also things like the firewall and various fixtures and fittings. The lever and cable linkage mechanism that operates the auxiliary fuel tank jettison system is a prime example, and so is the casing for the belly light… both will be hidden beneath the pilot’s seat.

It is curious that when people ask if my models contain a Merlin engine, I have to choke back the impulse to be impolite, yet in this one and those that have preceded it I have willingly spent hours incorporating cockpit detail that progressively becomes buried beneath successive layers of impedimenta.

For a model maker of advancing years the awareness of time passing becomes ever more acute, and with it the need to strike a sensible balance. If a part will be seen, there is very good reason to include it; if it will never be seen, then time and skill might better be spent on the next model. Yet still the old urge to include ‘unnecessary’ detail often proves to strong to resist.

Such was foremost in my mind when I began my Mk IX Spitfire, and I blocked off the fuselage interior with a solid half-frame between true frames 12 and 13 – a feature of Paul Monforton’s drawings – because it saves a large amount of work and structural headaches. I now regret this since it does truncate the fuselage interior prematurely, and, for those prepared to squint through the rear window into the void behind the head armour, it will be visible. In hindsight, of course, I could have opted for a neat compromise by installing the rear fuel tank that features in many Mk IXs (Duxford’s MH434 included), but this never occurred to me at the time.

So where does all this lead? Perhaps to the conclusion that when planning a model build that can span anything from five to ten years or more, a little more thought in depth as to what should be included and what can legitimately be left out, can pay dividends. After all, I still hanker, while my faculties hold out, to complete the model triumvirate with a Hawker Hurricane Mk II! 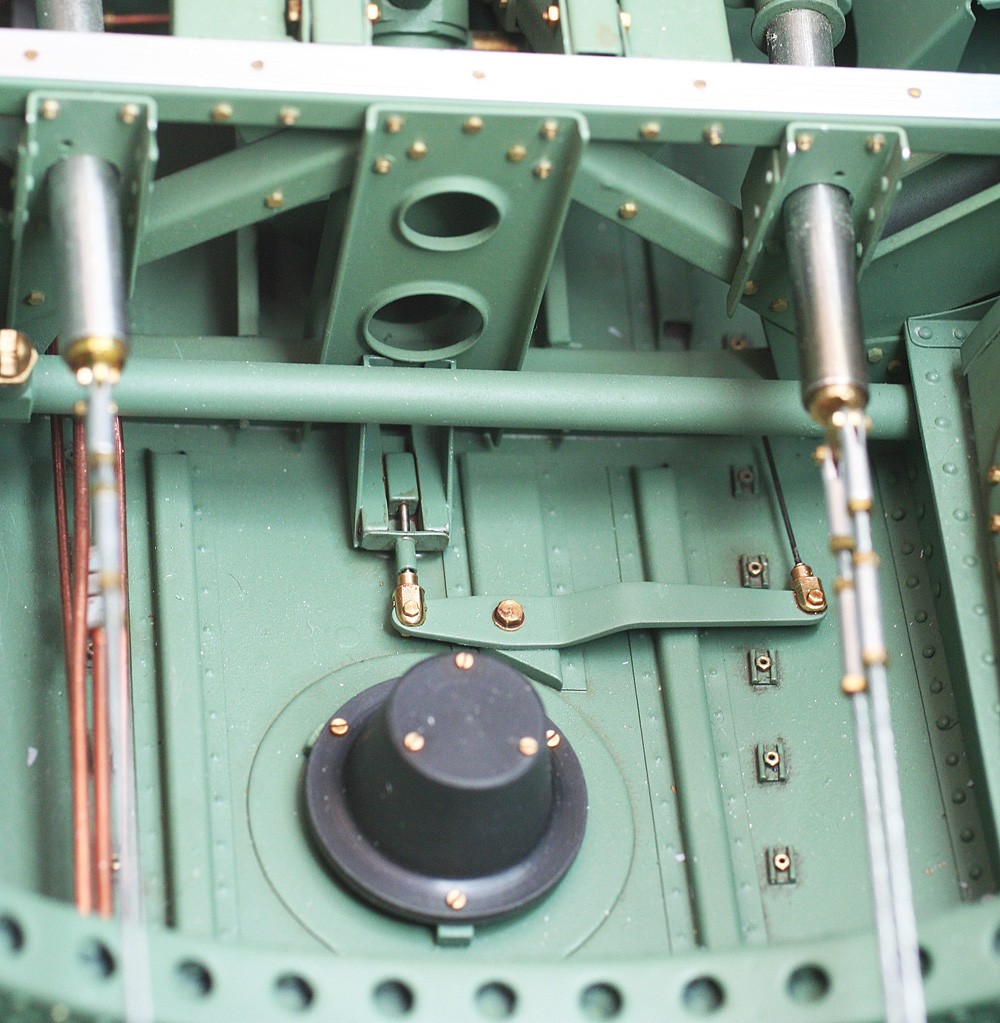 Despite their being mostly hidden beneath the pilot's seat, I have included both the dome-shaped casing for the identification light and the leaver and stud arrangement associated with the auxiliary fuel tank ejection mechanism. In the real aircraft the belly light housing is encased in an outer aluminium cover, although, unlike in my first Spitfire model, I have left this off. 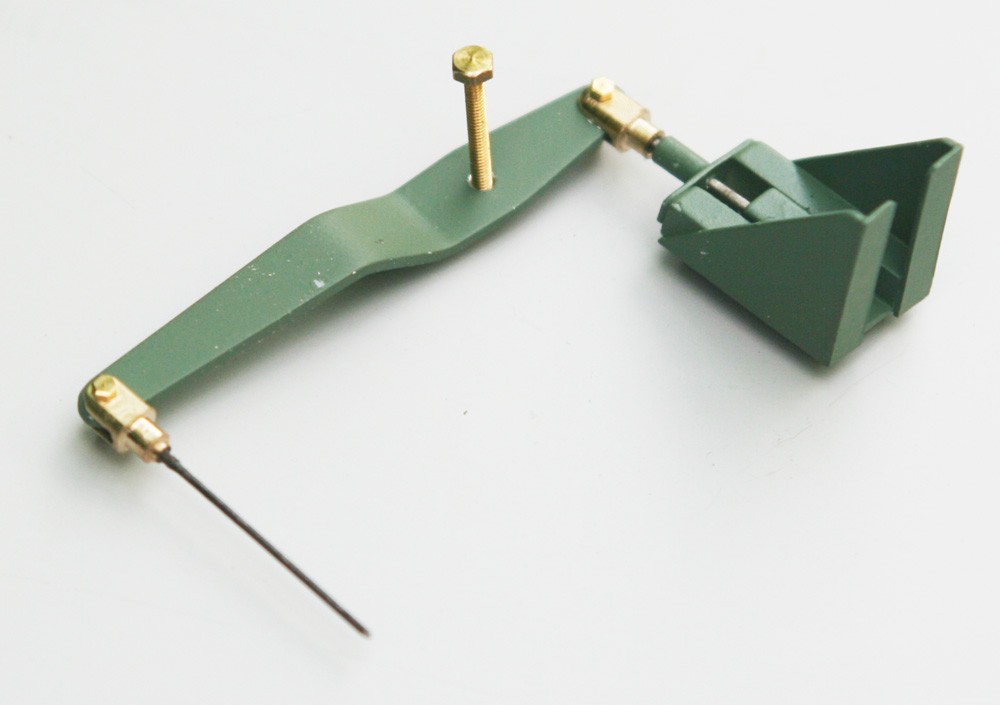 The leaver and the head of the tank attachment stud prior to installation. I made the sub-assembly from a combination of styrene and various metals and I estimate that it contains 20 parts, including the tiny bolts and nuts. 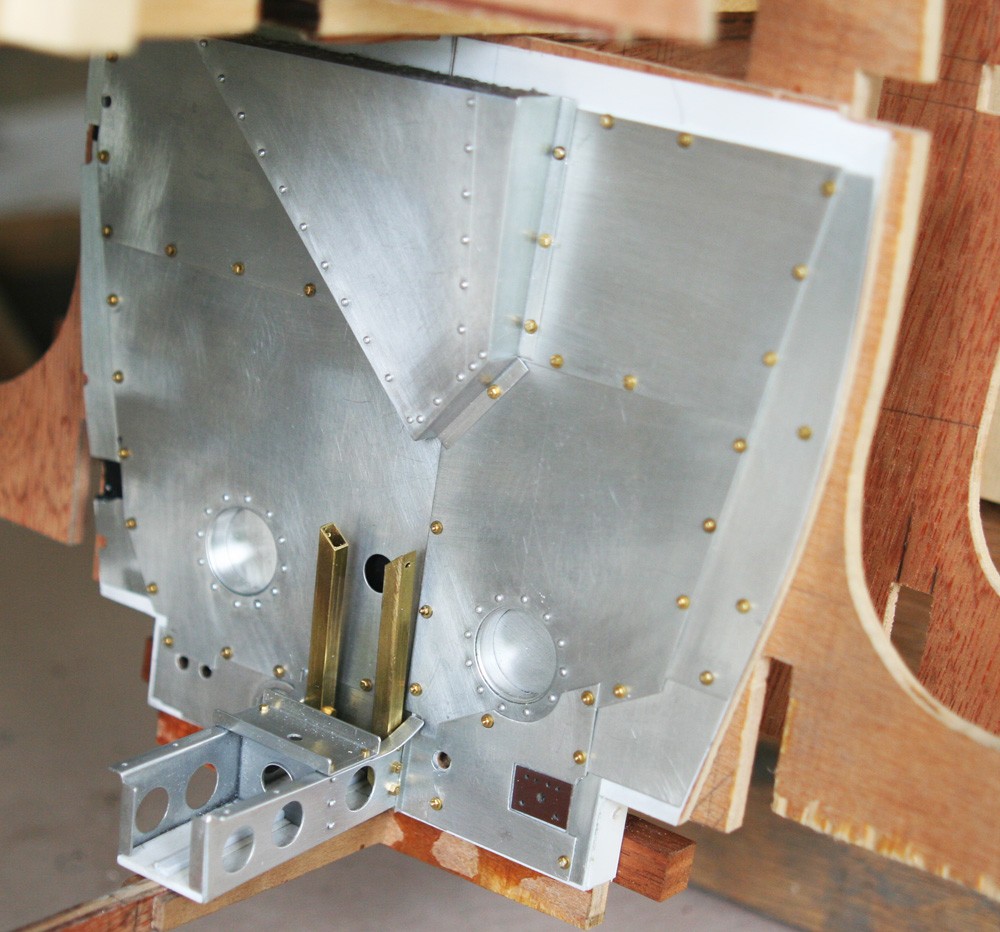 The fully detailed firewall is another example of work that will hardly be seen in the finished model... 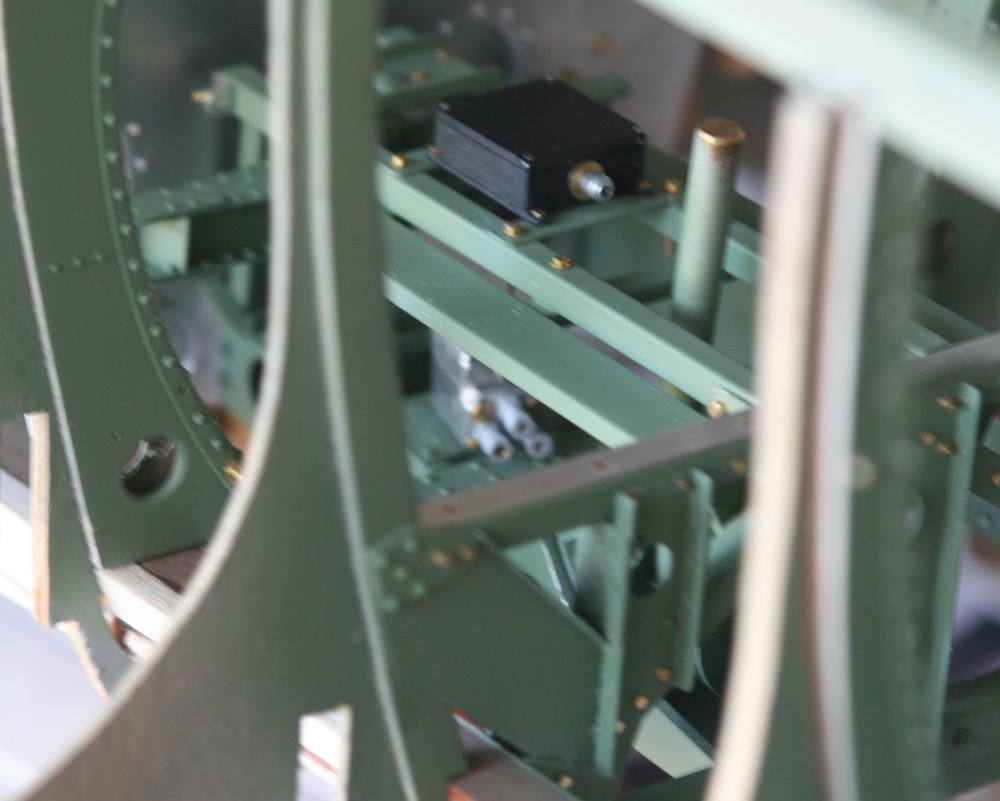 .. as is the cube-shaped hydraulic relay valve, which is completely covered by the heel boards and rudder bar assemblies. The best that can be said for including it is that it provides terminal points for the associated plumbing. Although rather blurred, the valve is just visible here in the centre of the picture beneath the heel board.