While focussed on the nether regions of the cockpit, it seemed logical to tackle the rudder pedals: with these done I could congratulate myself that the cockpit space forward of frame 8 to the firewall was complete.

If my research is correct, the Mk IX, or at least some of them, was fitted with pedals lacking the heavy fabric or leather straps – such an obvious feature on earlier aircraft. As such, the flat sides of the castings are foreshortened at their tapering top end, presumably because there is no need for the four small bolts by which the straps were attached.

From a model making perspective the pedals are straightforward, with the exception of the pronounced flutes that feature on all four bars. My original intention had been to use aluminium or brass, milling out the flutes with a slotting cutter – a relatively straightforward operation, although one requiring care. I decided to do a trial, and this involved cutting and annealing an oversize rectangle from 3/32-in. brass, which I formed to the required radius and set up horizontally in the machine vice. It took a couple of attempts to get the width and pitch of the flutes to scale, but I ended with a nice pedal bar.

While contemplating the best way to produce the other three, it occurred that I could use the original as a pattern and switch from all-metal pedals to two-part resin castings, with the flat sides cut from styrene sheet. To convert the pattern I simply built up the concave side of the master with scraps of styrene and filler so as to create an approximate cube-shape from which I could pour a silicone rubber mould. My pictures show the subsequent castings before and after dressing them back to original thickness (Permagrit round files are ideal for this).

With the four castings done, the only further step before assembling the pieces with superglue was to cut back the width of two of them to the dimensions of the top bars.

In my model the pedals are attached by means of short ‘stalks’ that telescope into vertical tubes already included on the rudder bars. I turned these from aluminium, forming tiny pegs at the top end which locate into shallow blind holes drilled into the resin on the underside of the lower pedal bars. Given the scant depth of these holes, the ensuing joint was fragile, so I turned and filed two 1/8-in deep collars that, with further liberal applications of superglue, significantly reinforced things. That they are not precisely to shape or scale hardly matters since they are totally invisible when the pedals are mounted in position.

My painting sequence began with a coat of automotive primer followed by several coats of Halfords aluminium followed in turn by two grey-green topcoats and a varnish sealer coat. I gave the whole lot 24 hours to harden before cutting back the paint on the pedal bars with fine grade steel wool – probably the only instance of ‘heavy weathering’ in the entire model.

I’ll conclude this section with a brief mention of a minor detail added around about this time, and appropriate here if only by juxtaposition. Flanking the rudder pedals are two distinctively shaped covers that protect from heavy flying boots the various pneumatic lines as they run outboard to the wings via unions in the fuselage flanks. While easily cut and folded from litho plate (as shown in my photograph), they were rather less easy to attach using tiny 16BA screws self-tapped into holes drilled in the fuselage walls. But their inclusion has considerably advanced the cockpit by concealing the ragged blind ends of the pneumatic lines left as a shortcut in disarray a year or so ago! 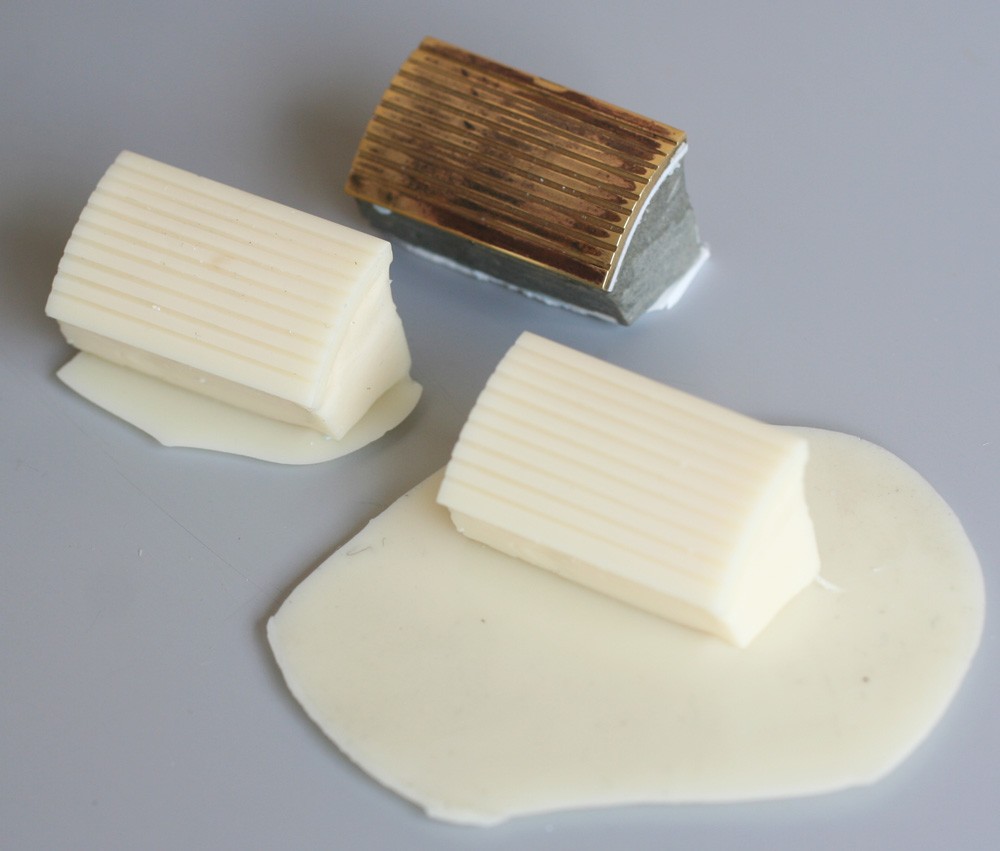 The brass master for the fluted pedal bars and the first two castings to be made from it. 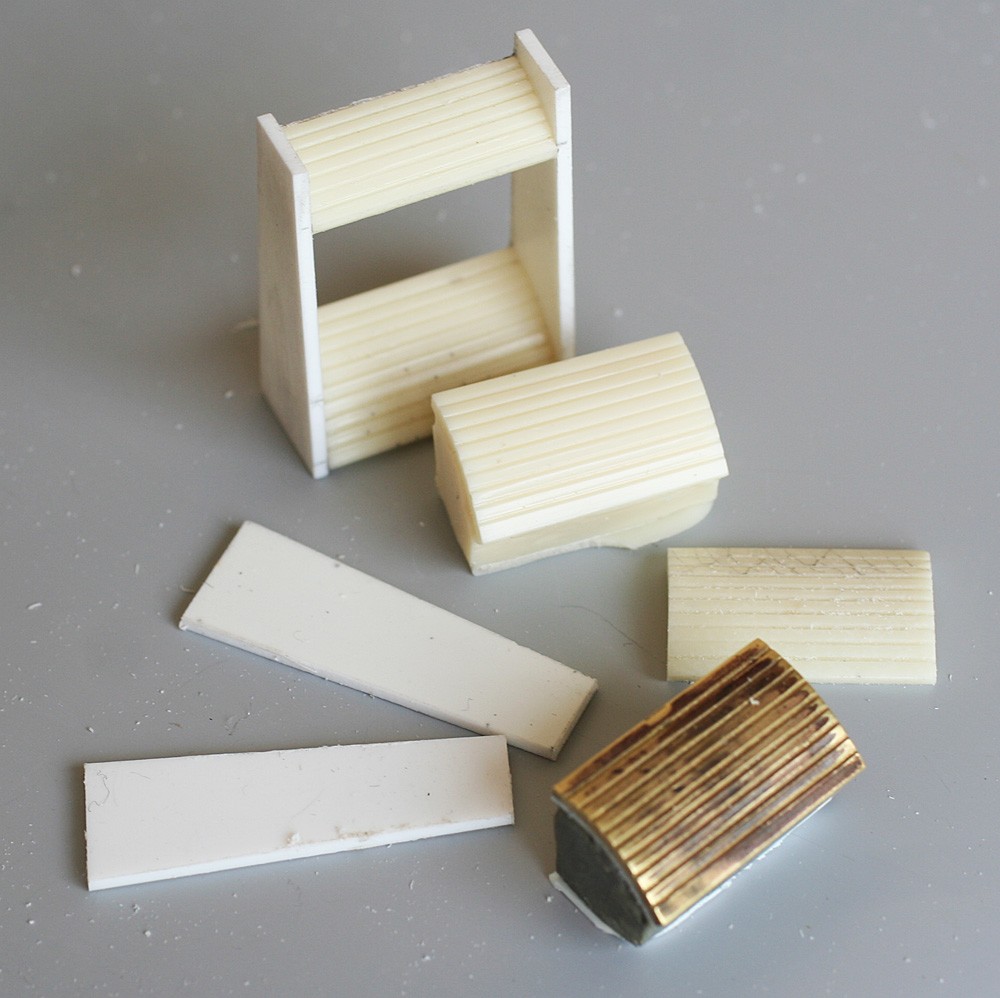 The full compliment of parts, including one assembled pedal. The styrene sides of the second pedal are shown, along with the cast foot bars before and after dressing to shape. 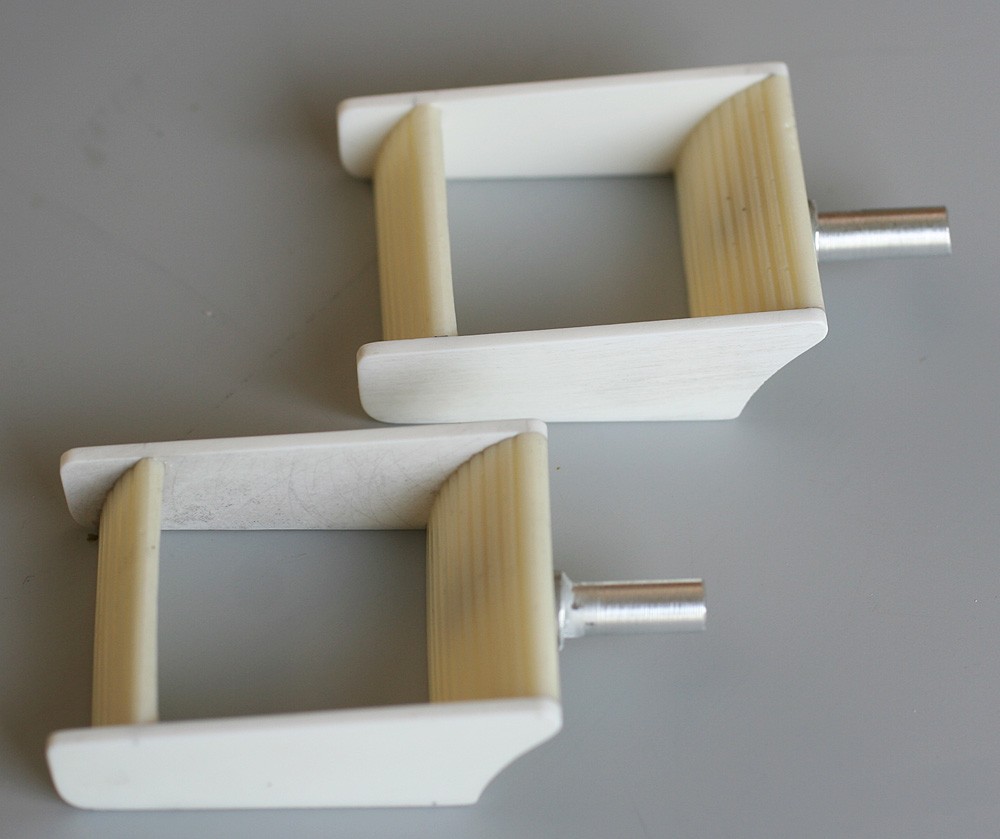 By now the turned aluminium 'stalks' have been added. The turned collars mentioned in the text are just visible. 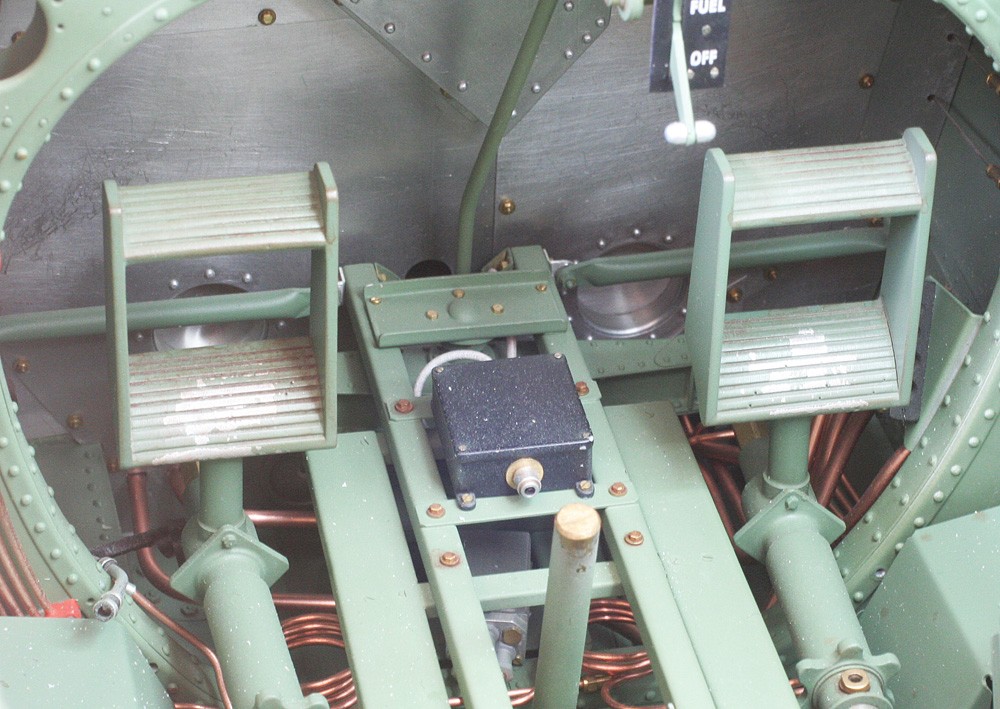 The finished, painted and weathered rudder pedals. They will remain detachable until a later stage when most of the adjacent cockpit detail is complete. 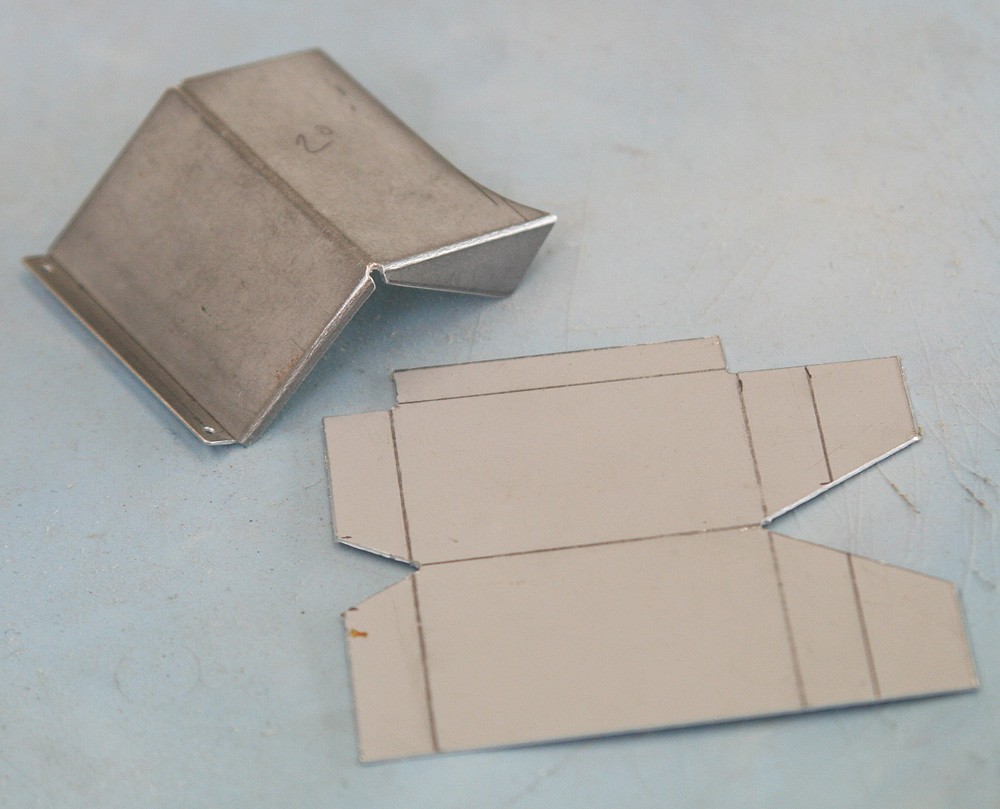 The two covers for the pneumatic lines, showing the method for marking out, drilling and folding. 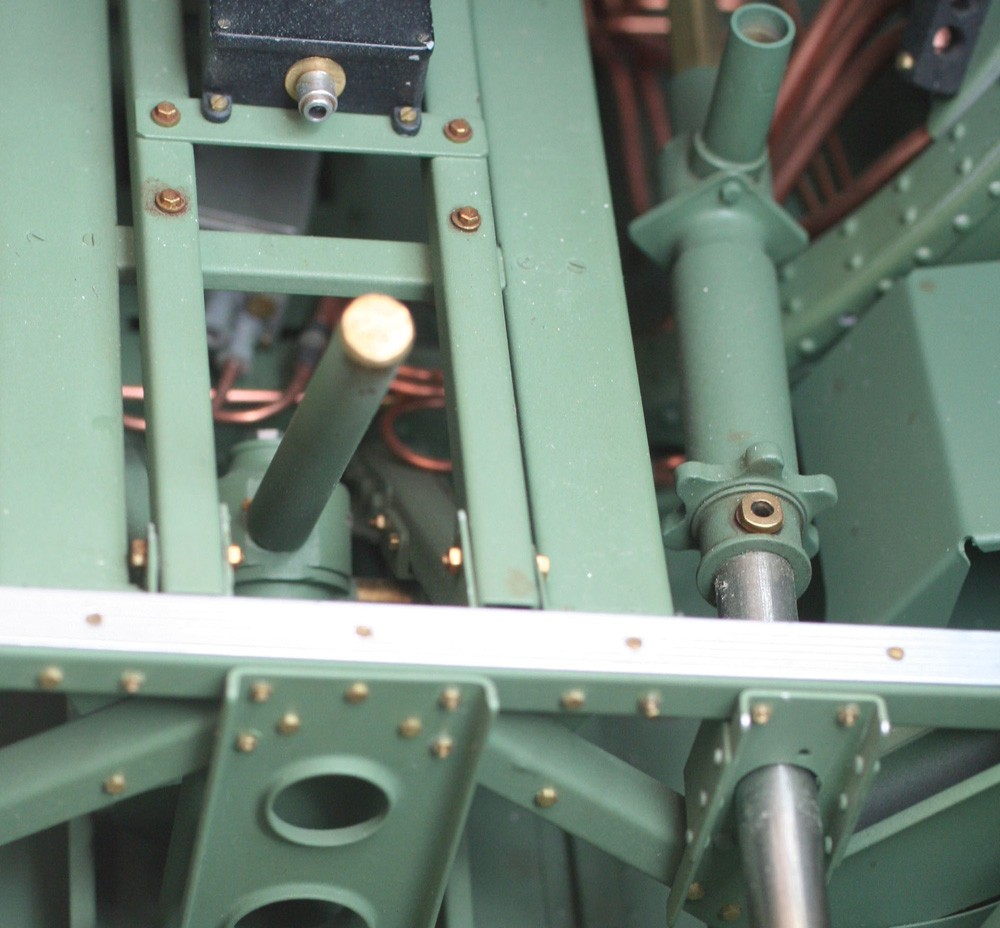 The starboard of the two covers is partly visible here.