Since early spring I have been finding reasons to avoid the really focussed work that remains to do inside the cockpit; but if I am to reach the end of this landmark stage this year I can delay no longer, so to ease myself back in I have chosen one of the easiest of the remaining options, the magnetic compass and tray.

The compass itself is relatively simple, and I made it in a day. The main body is lathe turned from a stub of phosphor bronze that I happened to have handy in the bits box – a mistake, since it is horrible stuff to machine. I made the top part, which holds the compass card, from aluminium and included a little tight-fitting lid to retain the glass and compass rose. The three basic components are shown in Photo 1.

I milled a slot on the underside of the main body for the foremost visible attachment lug, but beyond that, and constrained by the obdurate phosphor bronze, I circumscribed the remaining work to only the most obvious screw detail, and the two prominent labels that appear on the front facing side of the compass body.

I fashioned the tiny needle indicator that attaches to the side of the compass pan from sheet brass, turned its minute retaining pin and made the little alloy pad it sits on… and that was that.

I began the compass tray the next morning, and this proved easier and more enjoyable to do than I dared hope from scrutiny of the photographs and drawings.  I used 0.5 mm aluminium throughout, and the key components are the tray itself and the two right-angled sides. Make these and the rest falls naturally into place.

The trick with the D-shaped tray is to make a former, and I used a scrap of copper of a thickness equivalent to the depth of the flanges (Photo 2).  With its corners drilled and the waste removed, the sheet alloy blank can then be held tight against it in the vice while the shallow peripheral flanges are formed with a tiny jeweller’s hammer. That done, the excess material is removed using the still integral former as a filing guide.

With the two side pieces formed at right angles and cut to shape the assembly stage could begin, and this is one of those satisfying jobs that eschews all but old fashioned sheet metal practise. I can confidently assert that there are 25 little 1/32-in. rivets in my compass tray and not a hint of glue!

With the sides secured the remaining angle-section supports are added and the various lightening and access holes marked and drilled.

While here and there I compromised for practicality’s sake, omitting rivets and lightening holes where would not show, the end result is convincing, delicate and strong, and it took about a day and a half to build.

I made further compromises when fitting the tray beneath fuselage frame 8, omitting those bolts behind the frame where access is all but impossible. The tray is retained by a single bolt through the tiny existing mounting bracket immediately adjacent to the fuel cock plus a second bolt on the port side self-tapped directly into frame.

The compass pan is fastened to the tray by a single 8BA nut-bolt set, totally invisible once the assembly is installed.  The uppermost part of the compass, once the painting is done and the rose installed, will be dropped into its cavity in the pan and held there with cyanoacrylate. 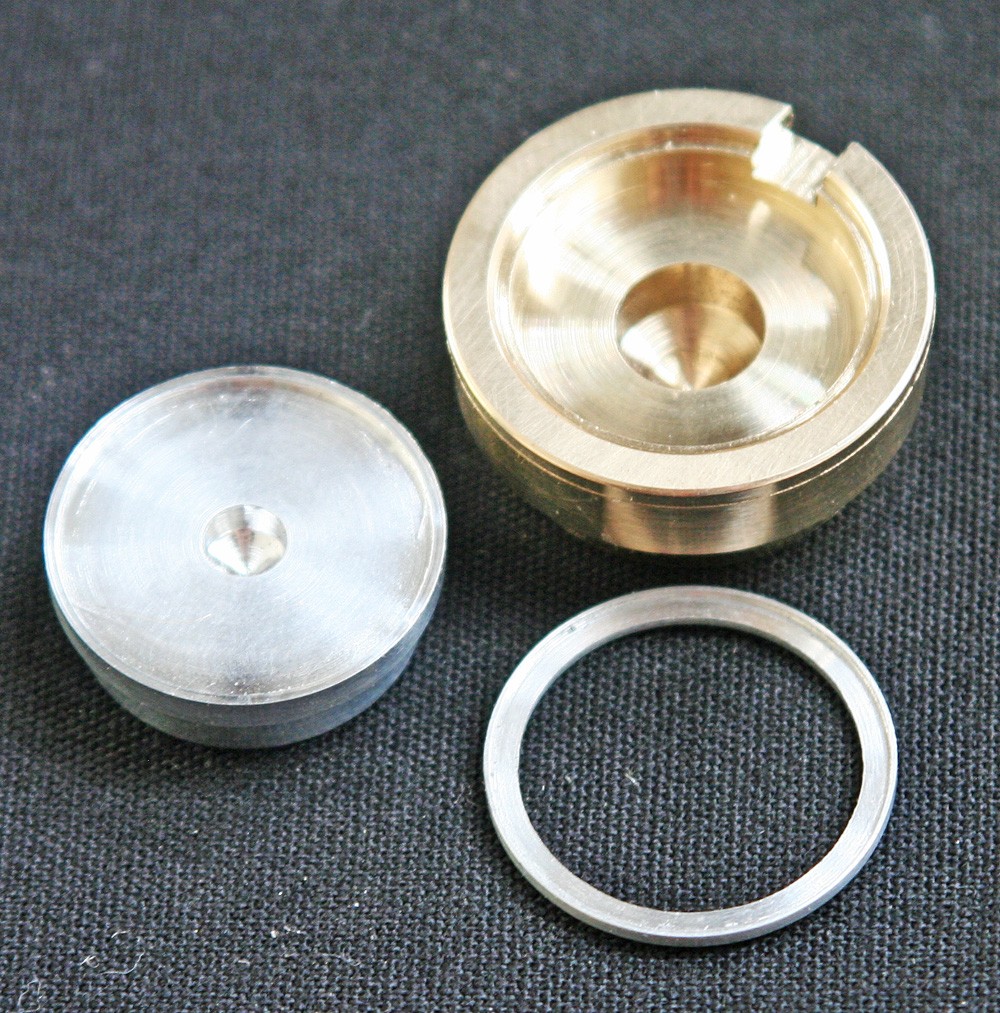 The compass is machined in three parts, including a delicate lid to enclose the compass rose and clear acetate. 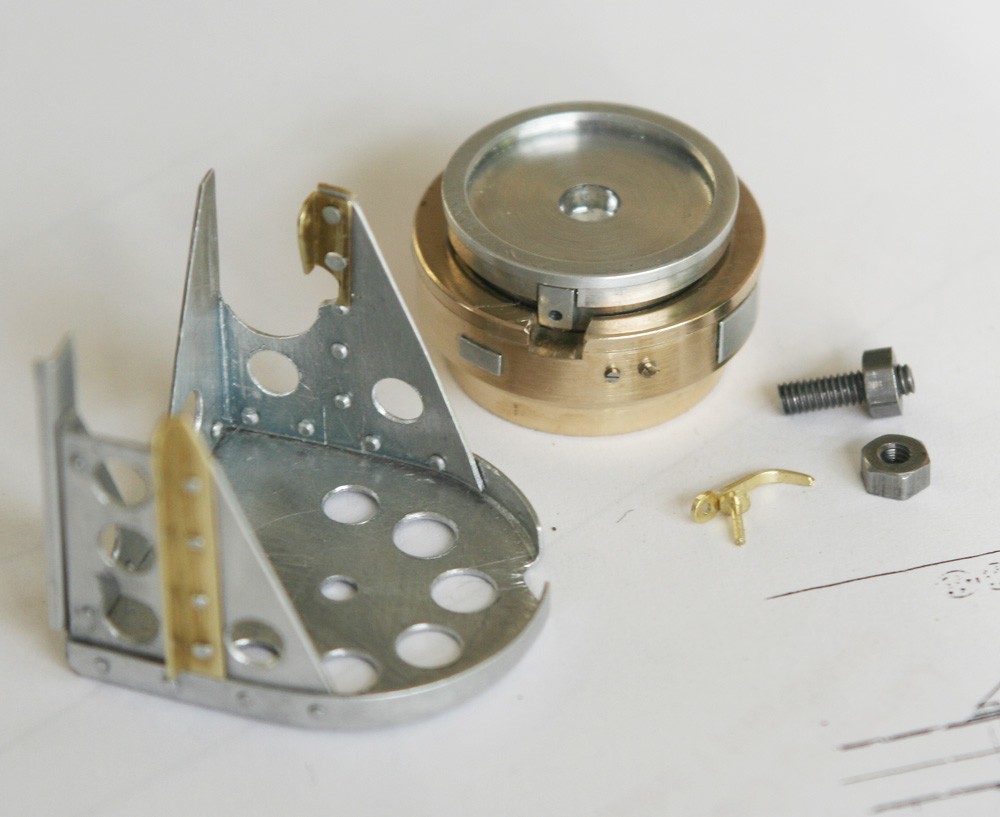 The assembled compass with minor detail added, and the completed compass tray which is made from 0.5 mm aluminium. 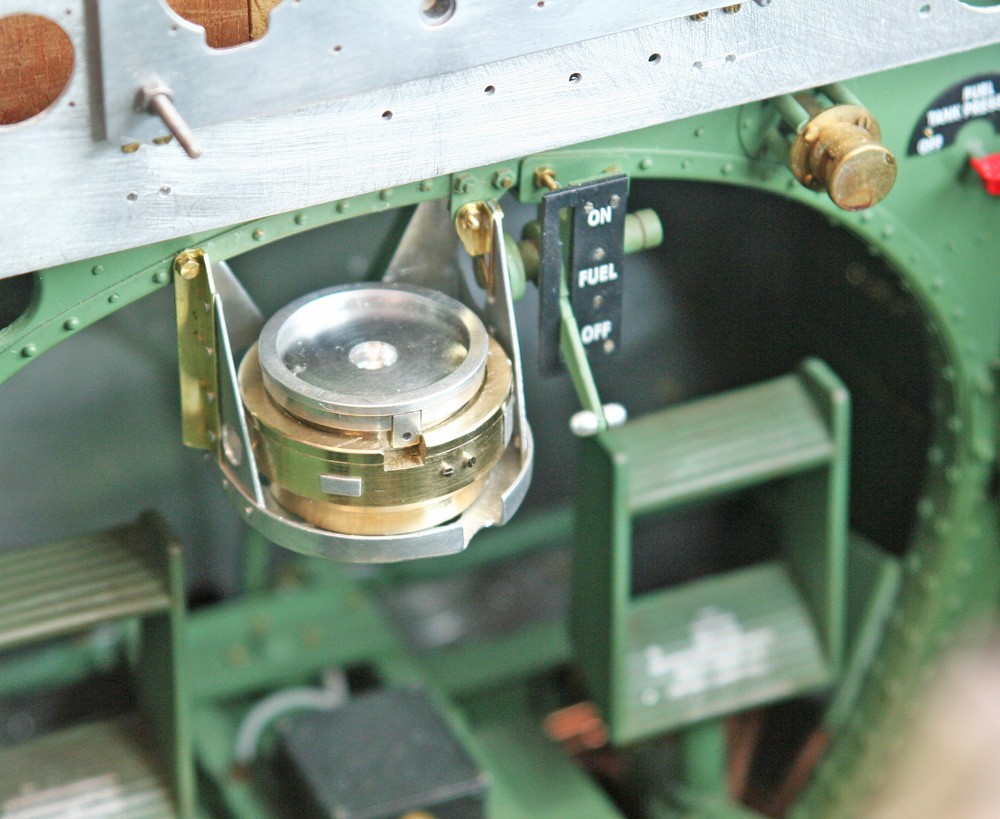 The assembly is test fitted to fuselage frame 8, where it is secured by two 14BA bolts. 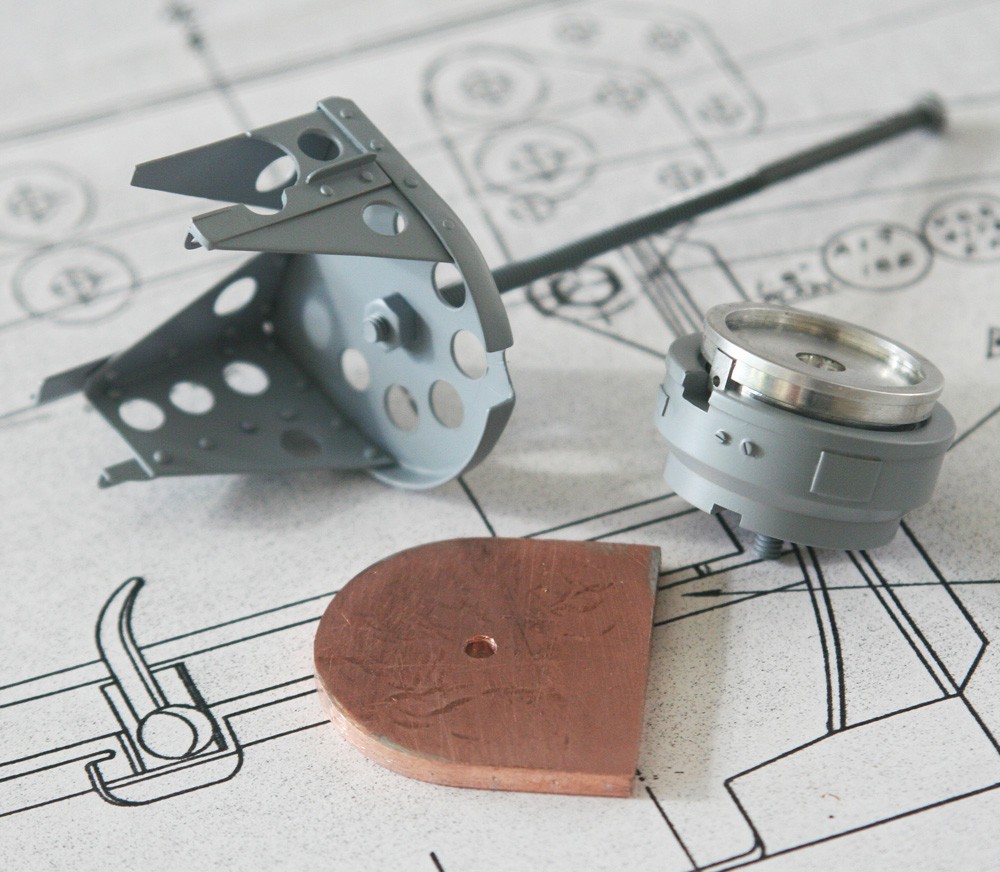 The work in grey primer, pictured with the simple copper former used to shape the base of the tray.