To my embarrassment I have only now discovered that I omitted to post a diary entry written back in September 2014. So on the basis of better late than never, here it is…

My much-thumbed Spitfire Mk V Manual states that the cockpit has three fuse boxes, and ­– from the numerous pictures I have examined – the Mk IX is similar.  An eight-way and a four-way box occupy a tray just left of the pilot’s seat, while the second eight-way box resides lower down near the main longeron. Also on the port sidewall are two small single fuse boxes, which I believe relate to the radio.

The oblong fuse boxes could hardly be easier – mill each one from black plastic, round the top edges and corners, add the data plates cut from black plastic sheet, three brass screws and finish with a touch of polish.

The containing trays make perfect subjects for litho plate. I have the Supermarine GA of the larger one and a photograph from the Avspecs website (see my links page) of the single-box tray taken so squarely on that, for all practical purposes, it is a drawing!

The full size trays have rectangular openings cut into them to accept the flanged boxes from below. In mine the boxes, truncated of their invisible parts, are simply glued atop the trays, each with a couple of locating pegs for good measure.

The trays are easy to fold to shape, drawing on techniques illustrated in my last blog. Less easy is bolting the bigger of the two onto right-angle brackets jutting from the sides of frames 10 and 11. I cheated here too, gluing styrene pads discretely under both ends of the tray in order to take 16 BA self-tapping screws. While this dispensed with having to fiddle in situ with impossibly tiny nuts, it still took considerable patience and restraint to tighten up the five screws!

To fit the lower tray, I ignored the hidden brackets that bolt to the side-skin and simply inserted a packing piece underneath so as to raise it to the correct height when glued directly atop the longeron.

Completing the job required rubdowns for the data plates and some exposed electrical wiring to emphasise the functionality. The former (in common with all other cockpit graphics) are art-worked on my Apple Mac and output in a London studio.

I have no drawing of the carburettor air filter control or of its mounting bracket, but the Monforton book has several excellent photos, which have enabled me to have a good stab at proportional scaling. It’s not ideal, and not as rewarding as working from a drawing, but with care a reasonably accurate result can be obtained, particularly by scaling several ways and comparing the results.

I made the bracket first, which in the real aircraft is made from several pieces of folded sheet alloy.  If I had the drawing probably I would have followed suit; instead I took another short cut, milling a solid core for the piece from aluminium. This established the fit around frame 9 and also the pronounced outward slope from the vertical assumed by the faceplate. Then I simply cut and glued on pieces of litho plate to build up the shape and disguise the deception.

The control itself is relatively simple: For convenience and to cater for the several radii I made the back plate from styrene sheet, while the lever is fabricated from two pieces of soldered brass, the circular part turned and parted off in the lathe. The knob on the handle is tuned from black plastic and glued on as two separate pieces, the gap in between being concealed by filler. 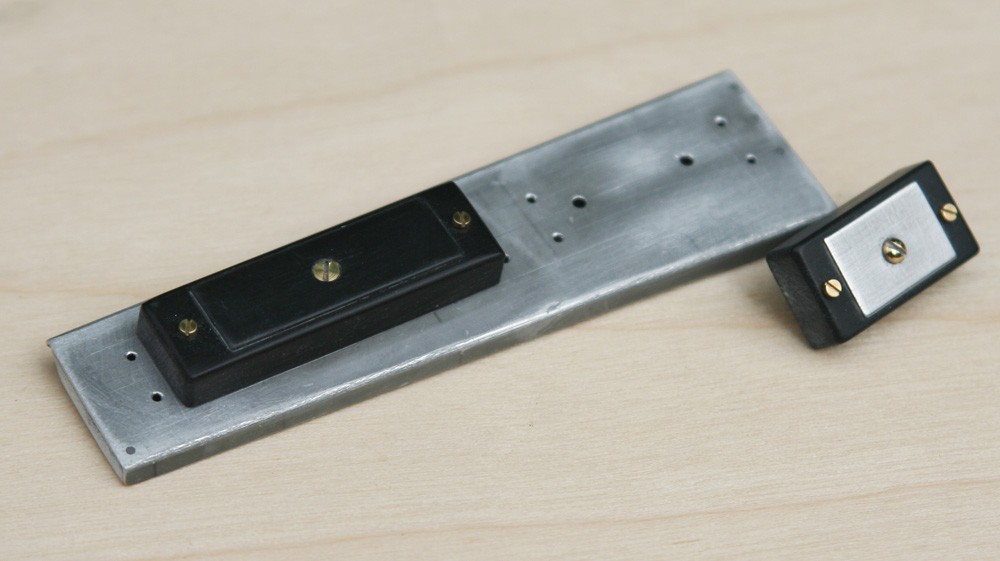 Two of the fuse boxes and their aluminium tray. 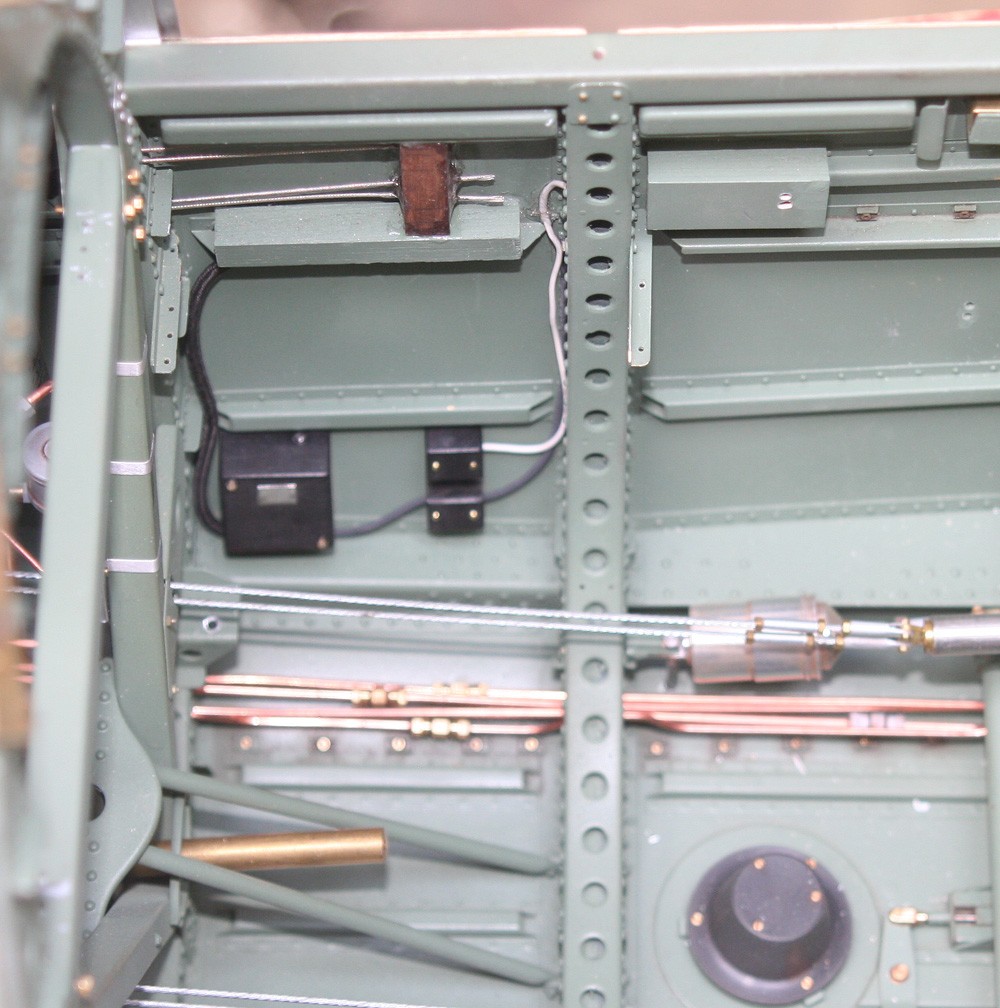 More electrical boxes on the port sidewall. I'm not sure of their function in the real aircraft, but they may be to do with the radio. Note the two vacant angle brackets for the upper fuse box tray. 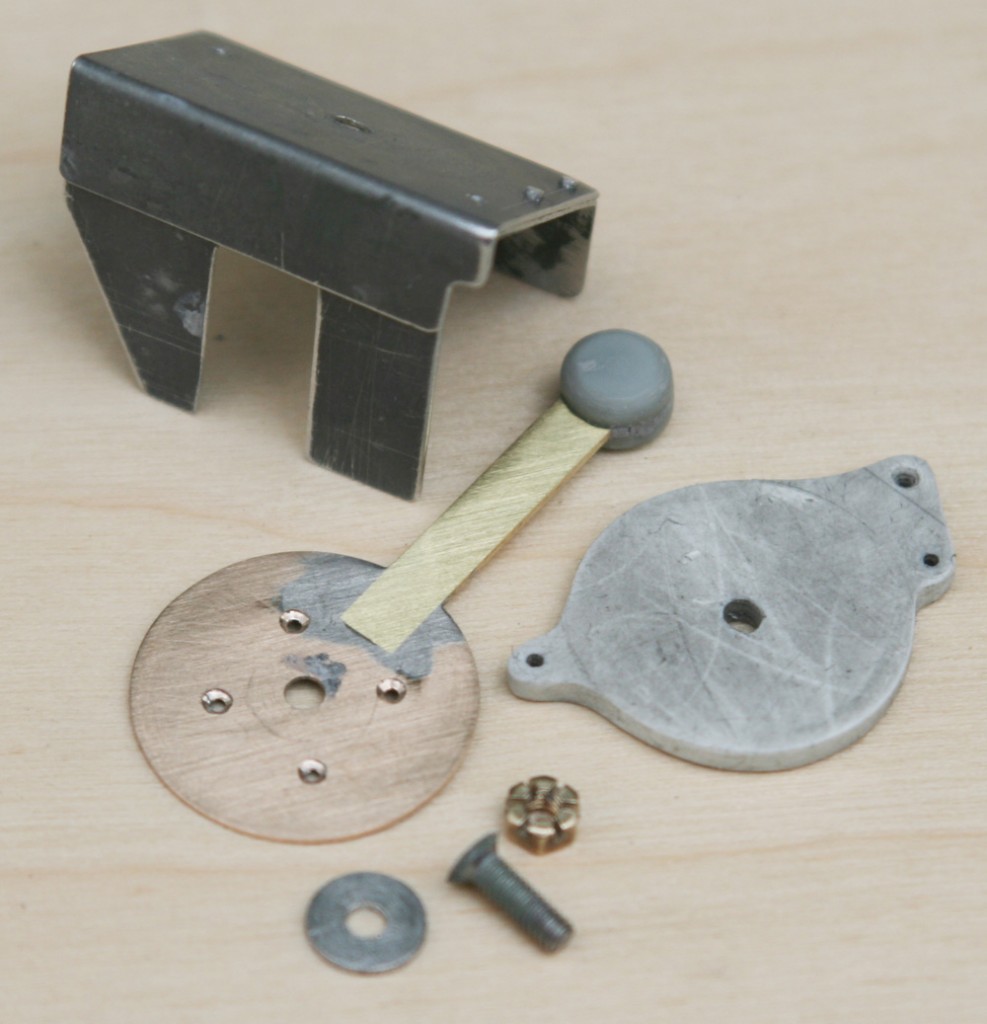 Components of the carburetor air filter control prior to assembly... 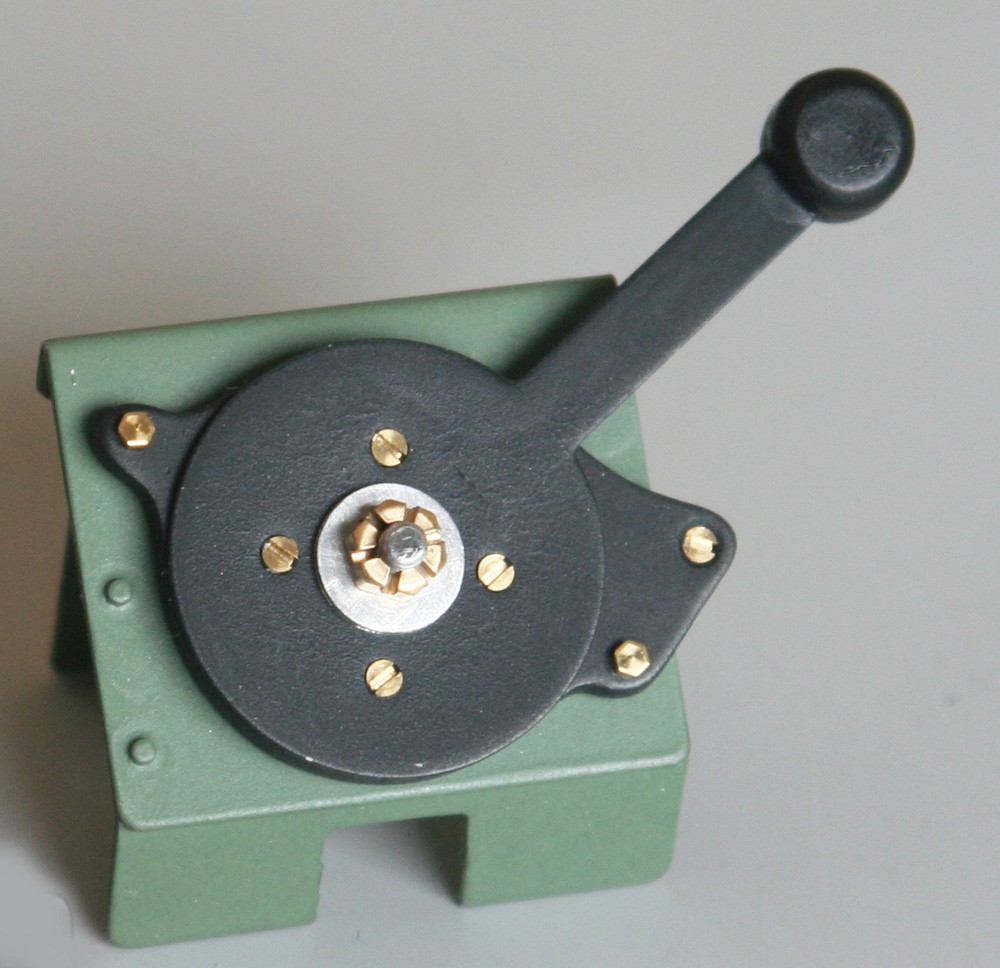 ..and painted and ready to install.