Fitting out the stbd upper sidewall

One of the realities that the large-scale aero modeller quickly comes to terms with is that for almost every installation in the cockpit there is a corresponding bracket, plate or gizmo to be made on which to fasten it, and the starboard upper cockpit sidewall of the Spitfire is no exception.  Unsurprisingly, most of these contrivances are made in sheet metal, which translates to cutting and bending more litho plate.

When I built my P-51D I was blessed with a very nearly complete set of NAA drawings, which meant that for even the most modest of parts, its descriptor lurked somewhere on my DVDs. This makes things so much easier, since the time spent in accessing, printing and scaling a drawing is more than made up for in time saved in the workshop.  For the Spitfire I am less fortunate, but I do have some of them, including a three-view of the rather imposing bracket that supports the wobble pump.

By contrast, when it came to the modest little gun sight bulb rack and the circular plate that holds the Morse key, I was forced to rely on scaling from photographs, which, with the perfidy of perspective, is far from an exact science. All this is summed up in Photos 1 and 2.

The pictures also show the compass deviation cardholder – not exactly a bracket but similar.  The hawk-eyed will notice that I cheated, because mine is open at the bottom, thus enabling me to achieve the shape from four simple, lateral folds. Nonetheless the job involved some delicate work, and the secret is to cut the rectangular window first and to do all the folding and trimming afterwards.

Before moving on, a word about the prominent bracket that reinforces the forward termination of the brass channel-section sill:  In the real aircraft this is a tooled pressing, but in the model it is made in three pieces superglued to each other and to the airframe (the rivets are dummies). As often is the case in scratch building there are simple solutions to otherwise tricky problems.

The interesting feature of this particular episode in the story is that the three main items of equipment each called for different methods and materials.

Let’s start with the air vent box tucked away discretely near the apex of the combing. While rectilinear from the front, it assumes a wedge shape end-on with the additional complication of the curved outlet extension. Such calls for a sculptor’s eye and potpourri of materials: I used alloy sheet for the rectangular base and flanges, model board for the body, brass for the outlet tube and a medley of superglue, filler putty and primer paint to meld everything together. Photo 3 shows the finished job minus the little open-shut lever, which was later.

In many RAF aircraft the body of the Morse ident key is made of Bakelite and I used a similar hard black plastic for mine.  This is another example of the sort of three-dimensional puzzle that requires devolving mentally into its basic structural forms in order to model it, and Photo 4 shows my interpretation. The pieces look rough, but once assembled, polished and detailed with the very obvious screw heads the transformation is convincing. The tiny Morse key was turned in the lathe and the two slider levers cut and shaped painstakingly by hand, also in black plastic, but the result was worth the effort.

The adjustable panel light, one of a pair, was described in my last blog, so that leaves only the fuel wobble pump itself – perhaps the most enjoyable of the current set to make.  This is more what I call real model engineering, involving integrated milling, drilling, slotting and lathe turning operations constrained by the precisely defined geometry set out in the Supermarine GA.  Even my calibrated rotary table was pressed into service when cutting the recesses in the front-plate for the six retaining bolts.

My pictures, particularly of the unpainted assembly, illustrate the level of work involved. And while they underscore the unquestionable requirement for at least the basic machine tools of the model engineer’s workshop, this should not deter modellers from scratch building. Cheap Chinese imports widely available today are perfectly adequate for this type of work, the skill levels needed are relatively minimal and the techniques are basic and quickly learned.

Fitting out begins with installation of the brackets and plates on which to attach the various items of equipment. These are made from litho plate and 0.5 mm sheet aluminium. 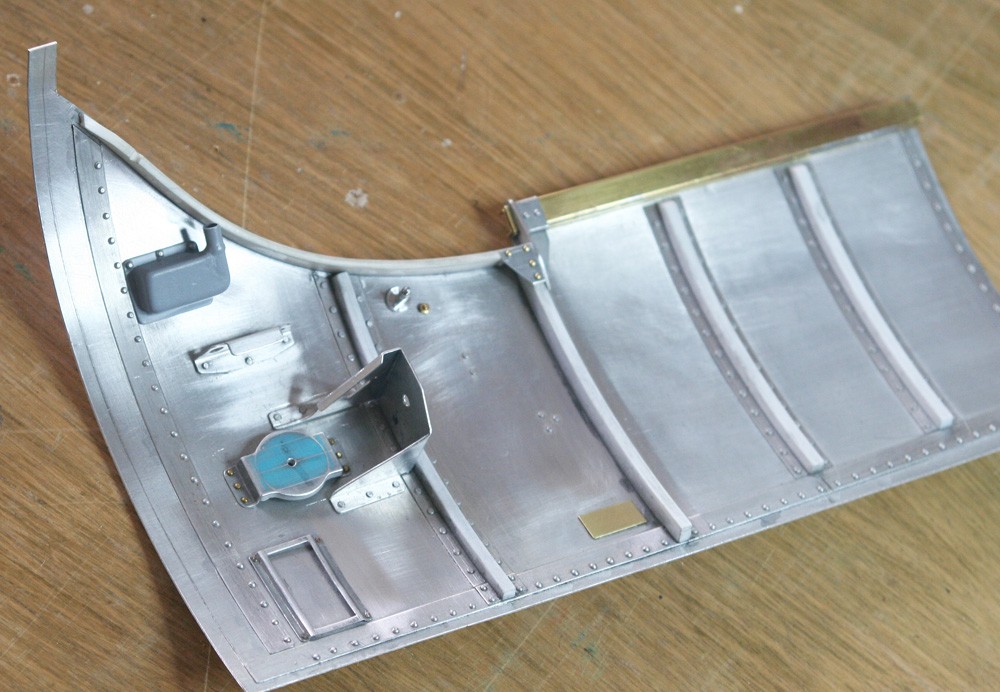 The circular raised plate for the Morse ident unit has a peripheral flange, suggested in the model by an 'underlay' of sheet styrene. Note the lathe turned mount for the panel light, a different arrangement to that on the port side. 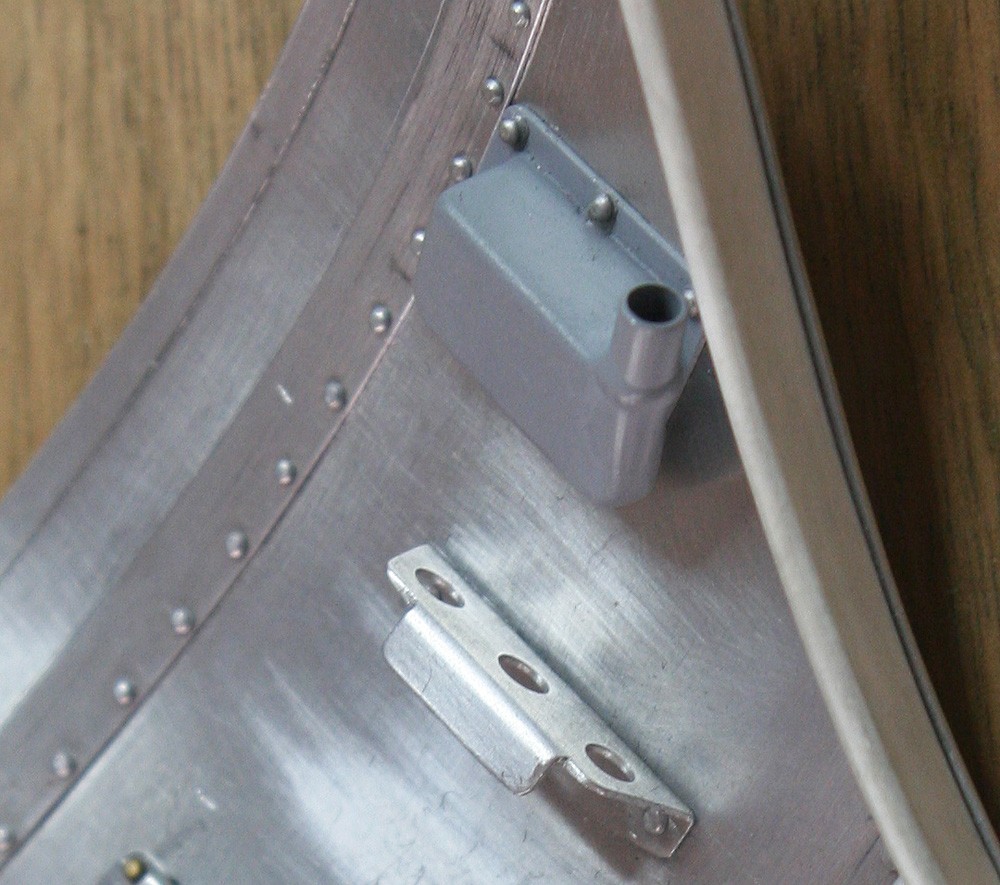 Close up of the air ventilator box. The control lever has yet to be fitted. 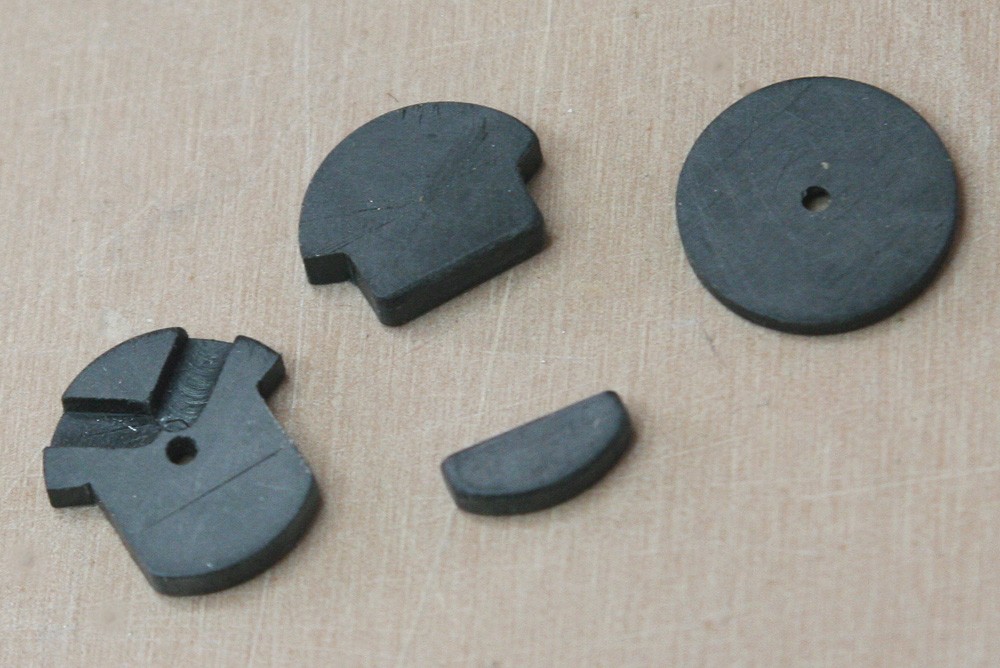 Basic plastic parts for the Morse key unit produced by a combination of lathe turning and hand cutting and filing. 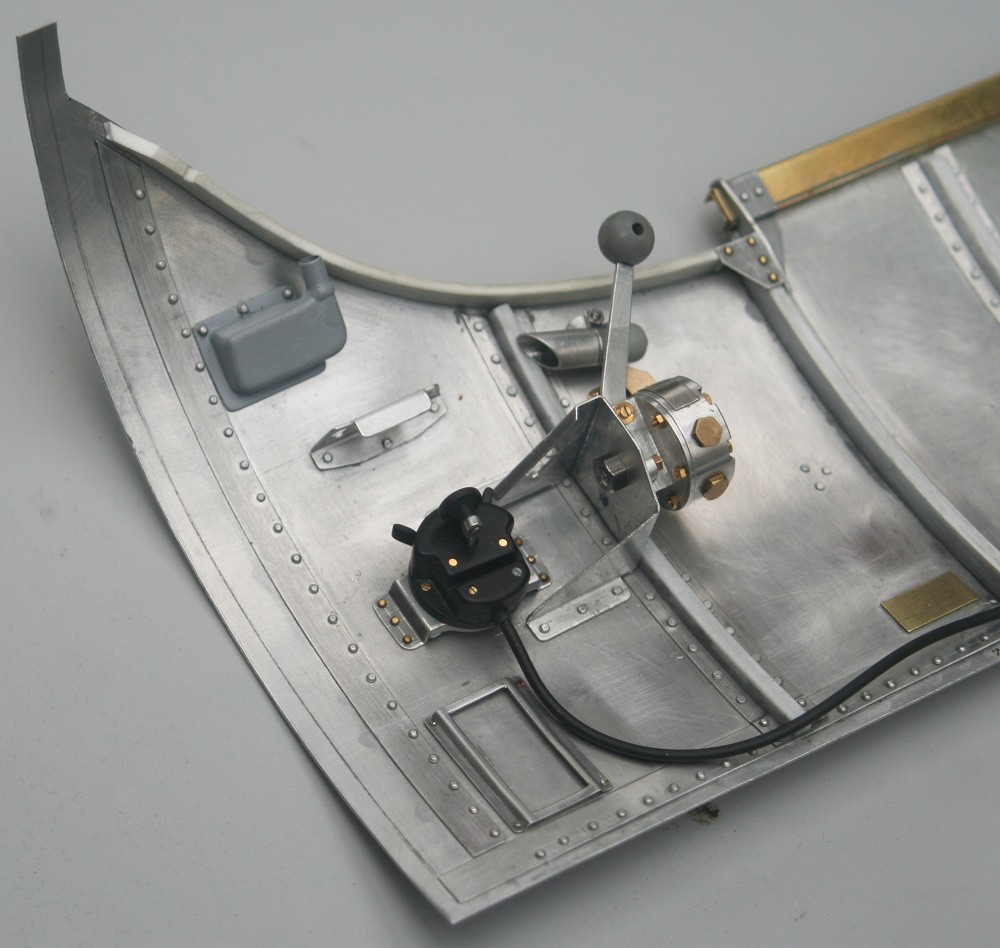 The dry fitting stage, showing the fuel wobble pump, an item that requires a high input of machine work. Note the compass deviation cardholder in the bottom left corner. 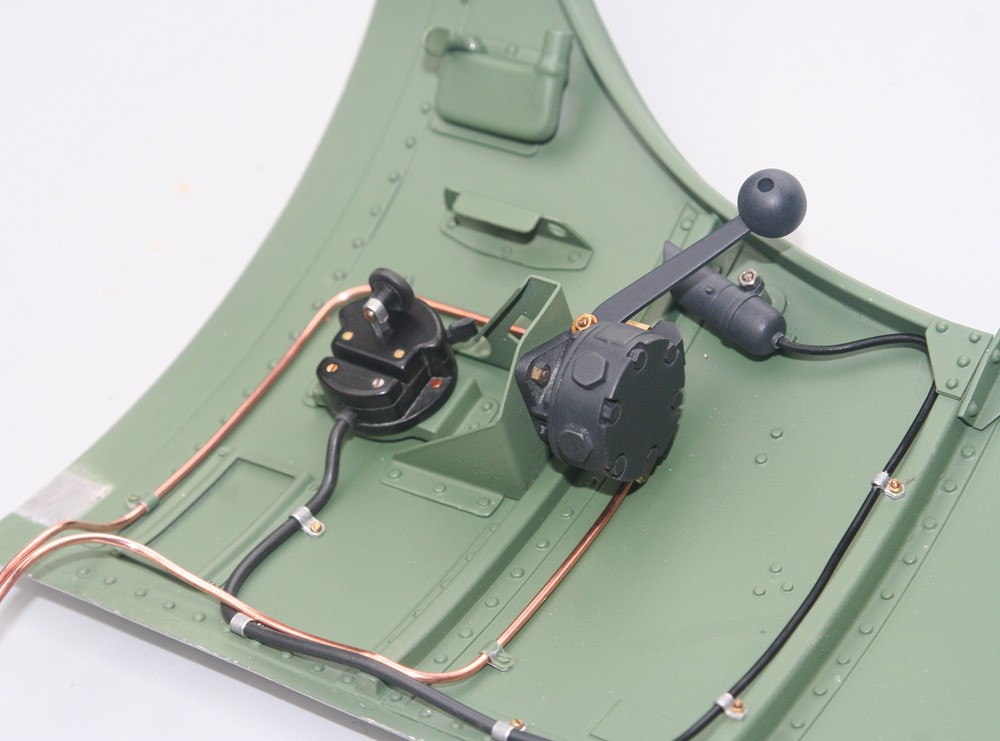 The post painting stage, by which time both the electric wiring and copper fuel lines have been installed, along with their appropriate clips. 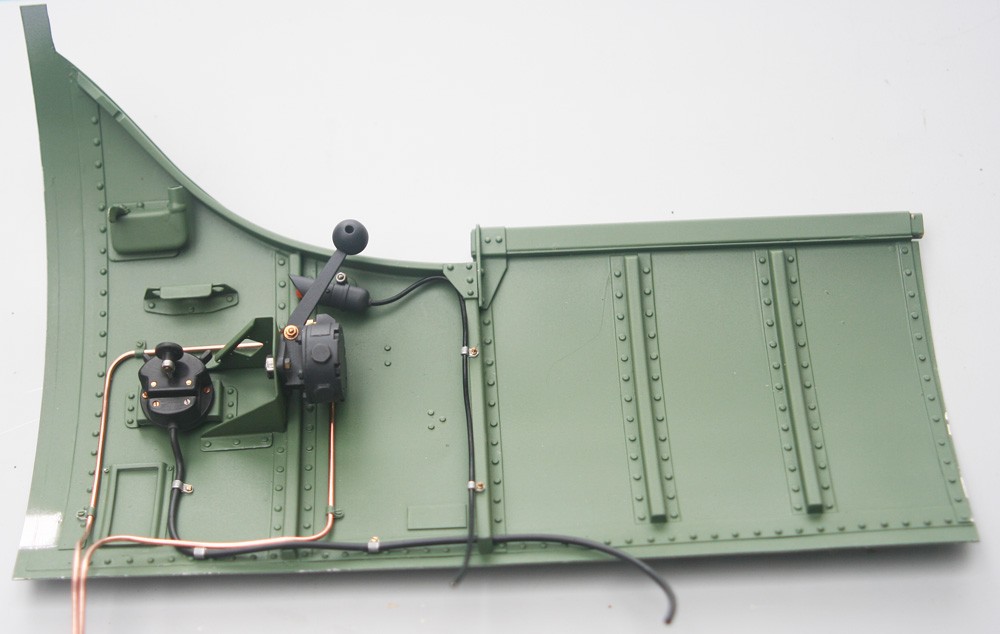 The completed sub-assemblies, both port and starboard, must now be set aside while the remainder of the work in the cockpit is complete. This includes the instrument panel and pilot's seat.