A design feature of the Mk IX Spitfire is that its elegant, streamlined carburettor intake is constructed integral with the lower cowl, and that is where I began work on the model’s exterior metal skin.

I described how I made the Vokes air intake back in June 2014, ending with a reference to its elaborate encircling flange by which it fairs frontally into the lower cowl and laterally and aft into the belly skin. I cut this flange from 0.5mm aluminium, and for more than a year it had remained tacked with masking tape to the fuselage underside. Now, as a prelude to the skinning process, it was time to fit the intake permanently, and around it its flange.

After rechecking and marking the exact position, I secured the bulky resin casting to the airframe by means of superglue, reinforced by a pair of axially located 2-inch long, 4BA steel screws, self tapped into the underlying plywood, and with both the heads deeply inset into the casting.

The flange was glued into position around it, using contact adhesive, and the imperfect contact between the resin and alloy filled and faired all around with automotive putty with careful reference to pictures of the original. The result after rubbing down and several repeat applications of filler is shown in the accompanying photograph. Filler was also used to hide the two rebated screw heads.

Now for the cowl panels themselves… 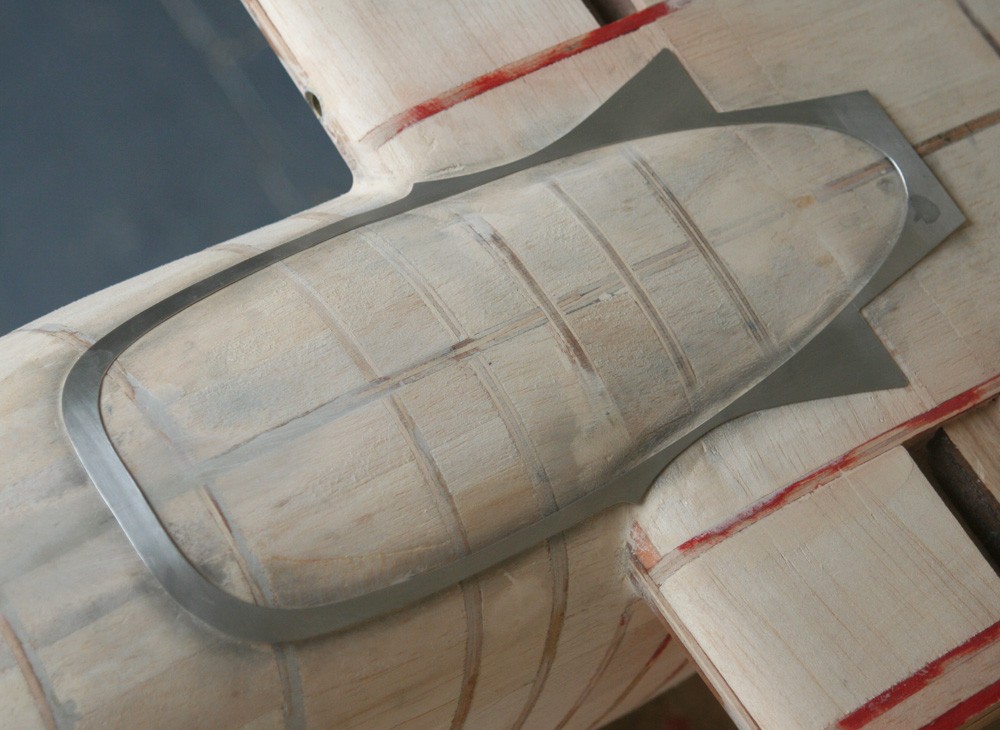 In the full sized aircraft the delicate flange around the Vokes air filter intake is part and parcel of the intake itself. In the model the challenge is to make it look as if it is! 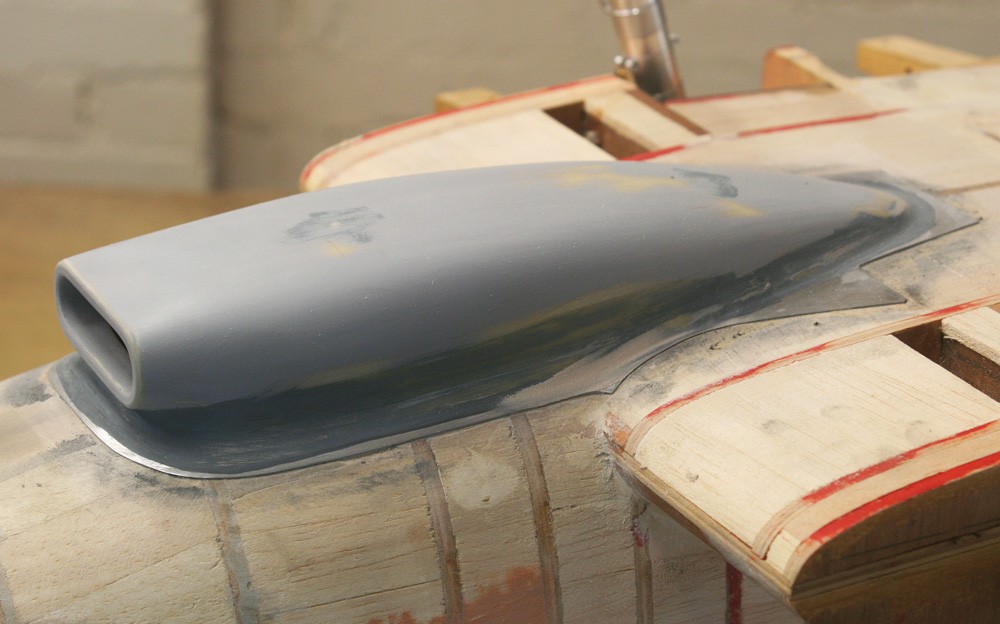 This is achieved by the careful application of car body filler after the cast resin air intake has been permanently installed. 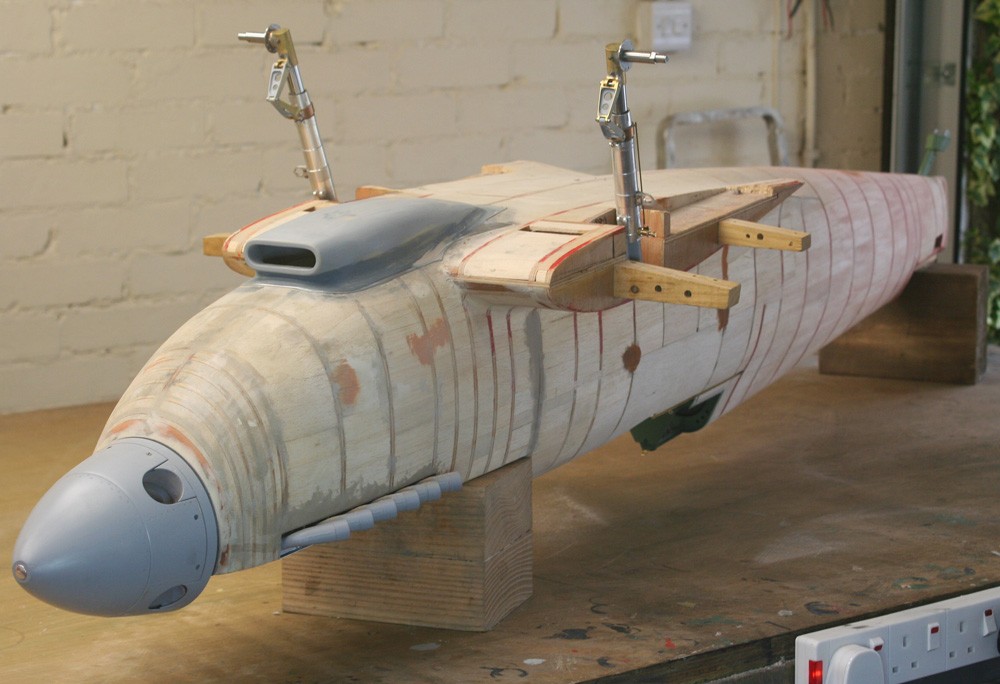 The model is now ready for the addition of the integral lower engine cowling panels.