Completion of the horizontal stabiliser skin and its rivet and fastener detail opened the way for permanent installation of the empennage sub assemblies, something of a milestone for the model.

The pictures are self-explanatory: The tailplane bolts onto a thick plywood pad atop the fuselage stern section where it is held by four studs embedded into the fuselage structure, and the fin follows. The latter has a pair of ply plates projecting from its base. These pass through slots in the tailplane and downwards into the fuselage proper, where they straddle the plywood web that runs for-aft through the entire length of the model, the major structural feature. My pictures show how I left two small flanking apertures in the balsa fill to enable a pair of bolts to be emplaced.

No glue is used. The six bolts are more than sufficient for purpose, particularly since the alloy stabiliser fillets will provide further structural integrity in due course.

Once all the nuts had been tightened, I set the model up square on the building table and checked the fin in the vertical plane. Then I put a rule from the tabletop to stabiliser tips port and starboard. At this stage in the assembly of my P-51D Mustang, some adjustment was needed with shims, but this time everything proved accurate to within 0.5 mm… Close enough, I think! 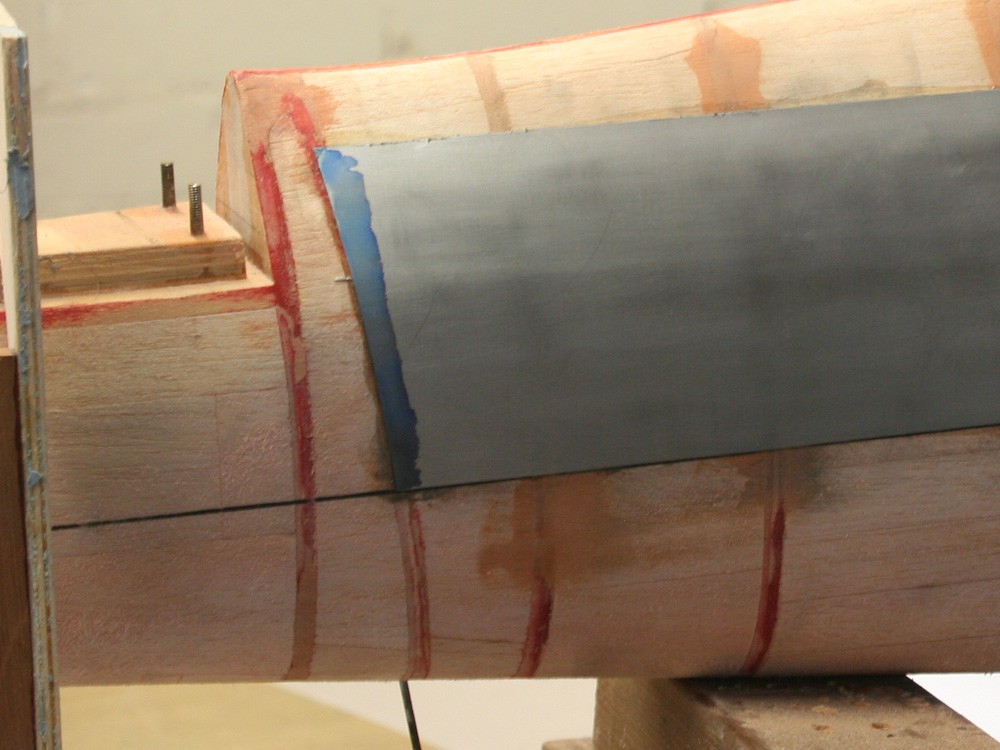 This is one of the few photos I took showing the ply pad over which the tailplane is bolted. Two of the four studs are visible (see also picture 4 below). 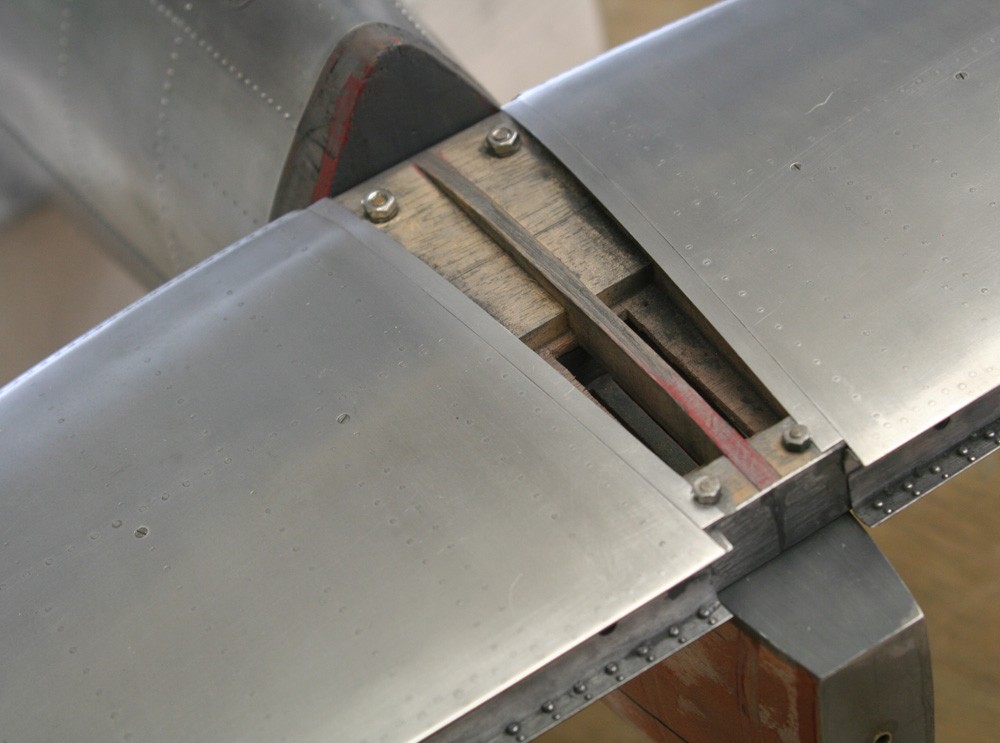 The tailplane installed with the nuts tightened. Note the two slots for the vertical stabiliser. 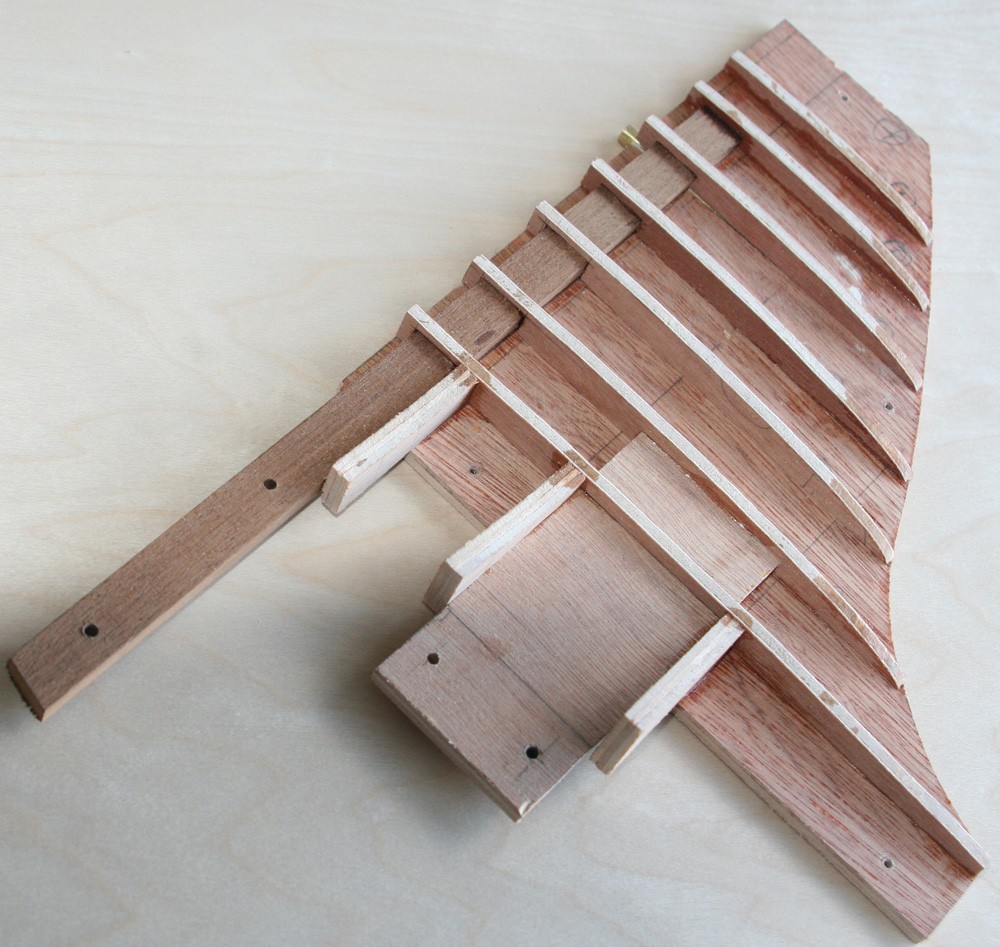 Flashback to the building of the vertical stabiliser, or fin, showing the method of attachment and the two holes for bolts. Note that at this stage only one of the two ply fish plates has been fitted. The extended mahogany member was later cut away to waste. 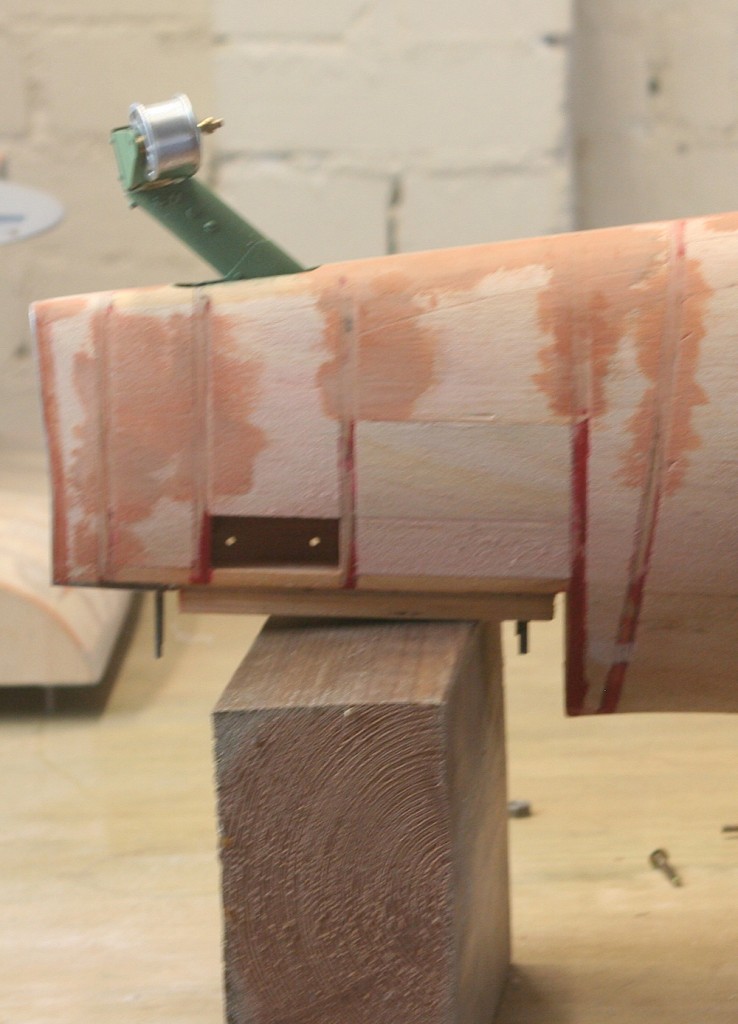 The port side aperture in the balsa fill. The attachment holes in the for-aft ply web can be seen. Once the fin had been fitted, the holes in the fuselage were plugged with more balsa. 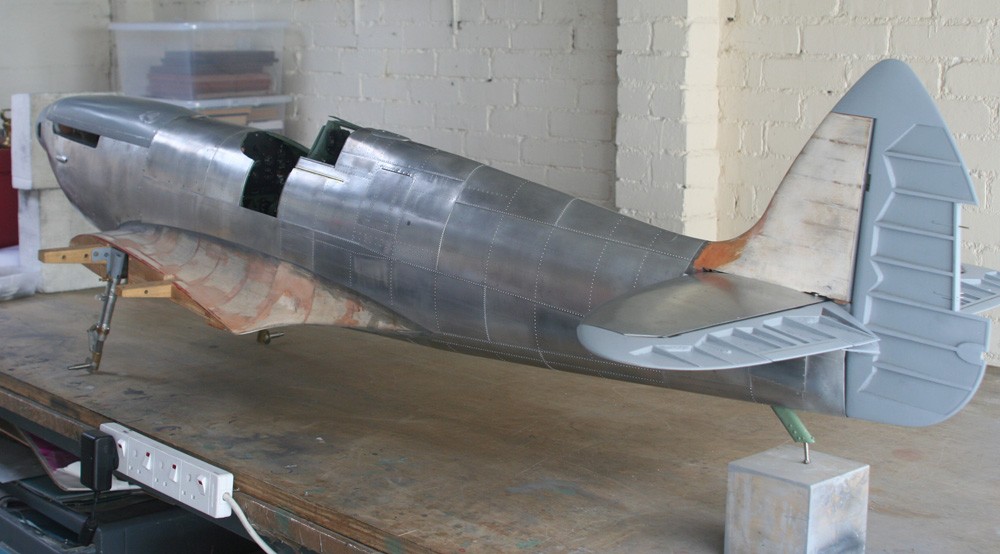 The model set up for checking the installed empennage in horizontal and vertical planes. 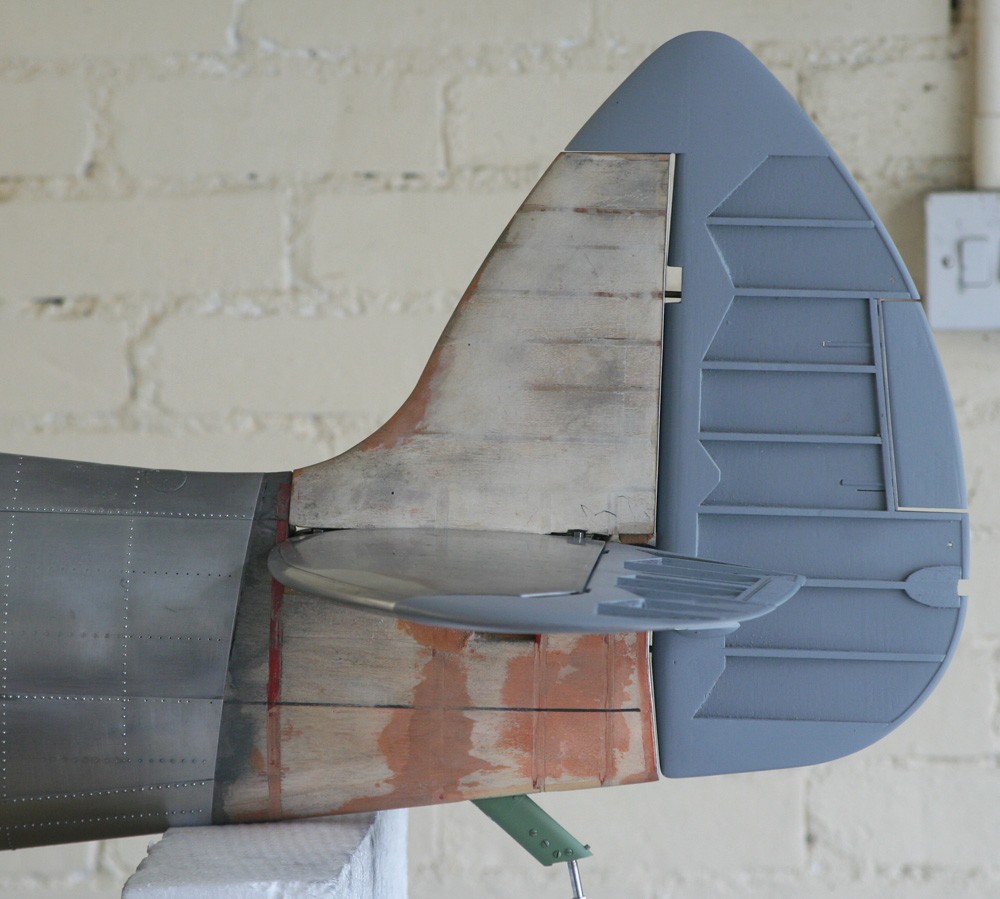 The rudder and elevators are test fitted. The next stage is to skin the fuselage stern section and the in situ fin. 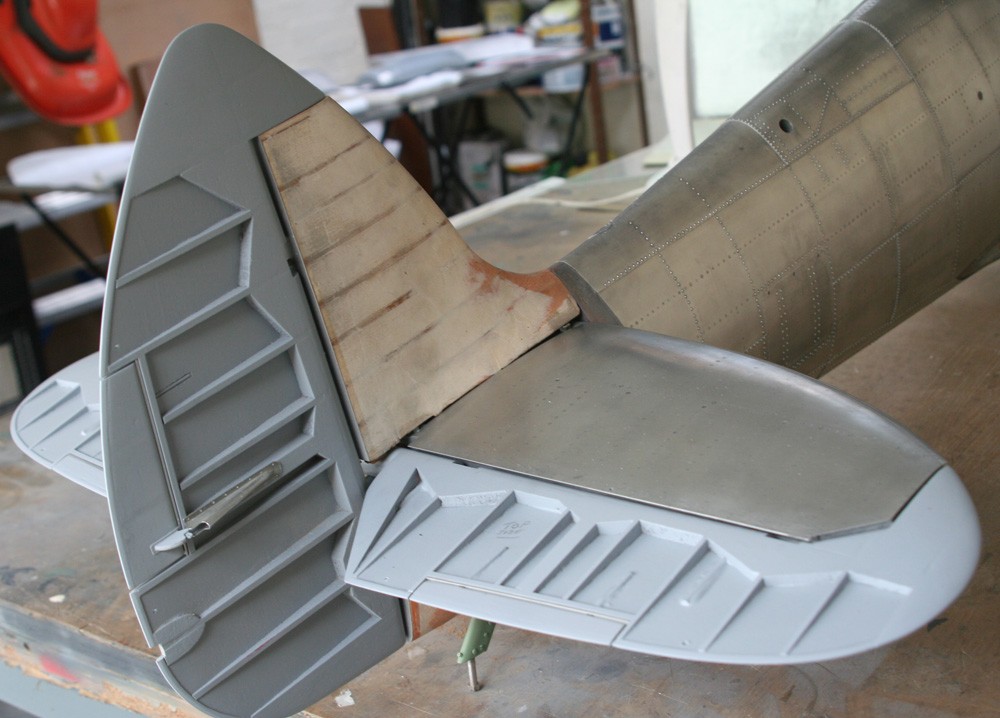