Before moving on to complete the skinning of the wing upper surfaces, two more blisters per wing are needed in the area above the wheel wells.  These are relatively easy to make using the simple method outlined in my blog of January 28, and – having described the process already – I can let the photos speak for themselves.

The main departure, however, is that these blisters are formed separately from the skin panel in which they locate, so the template used to cut the forming tool in 1/8-inch aluminium plate is also used to mark out the holes in the skin plate.

The photos show the narrow flanges left around each blister which allowed me to secure them in position with discrete use of superglue prior to fitting the panel. Once the glue had dried, the flanges were thinned and faired into the skin underside with abrasive paper prior to fitting, thereby ameliorating any slight ‘lumpiness’ that would have been evident had I made them full scale width. 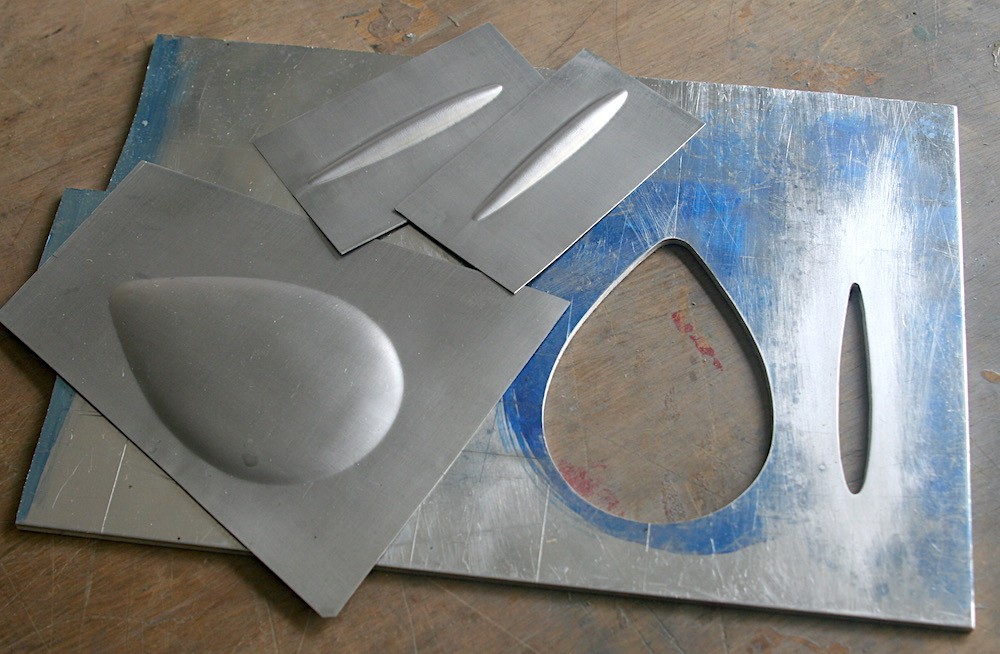 The simple forming tool made from 1/8-inch aluminium plate and the finished pressings for three out of the four wheel bay blisters. 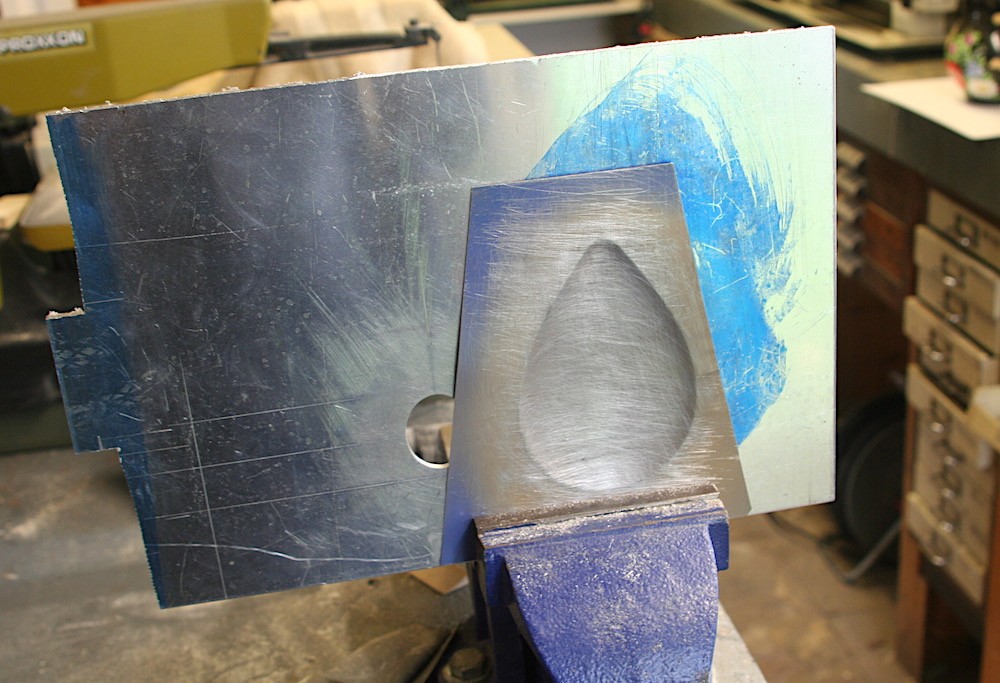 One of the two larger blisters ready for release from the tool. 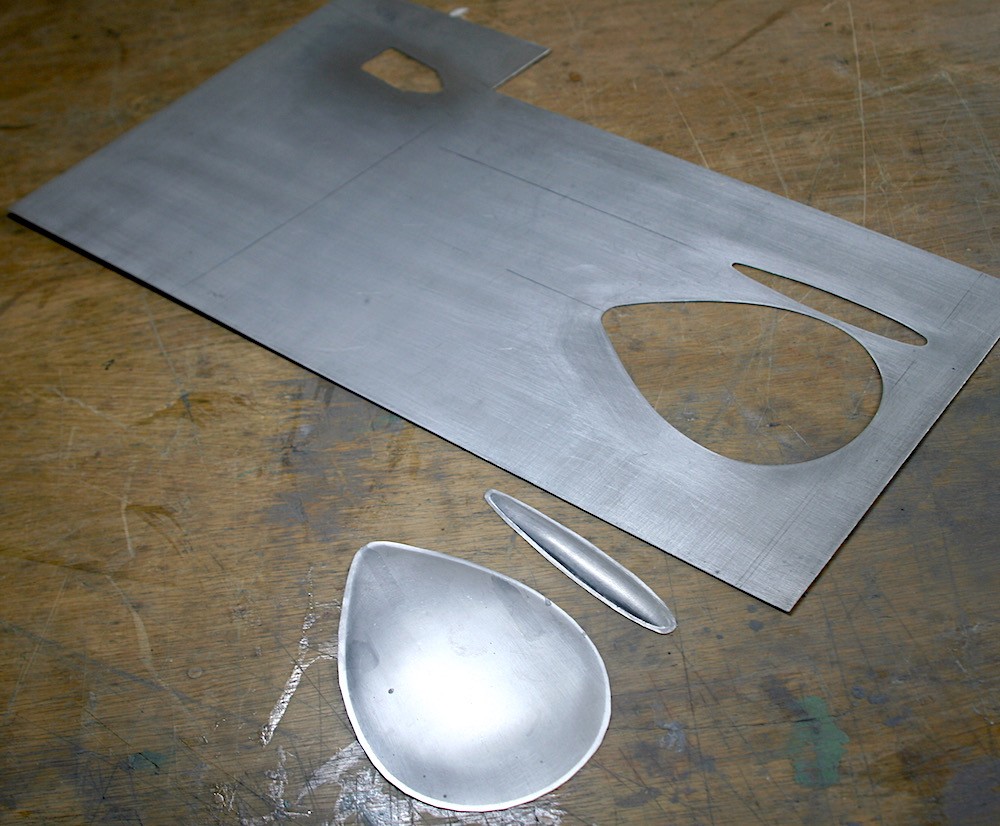 The skin plate cut to size and pierced for the two blisters (Note the cut out for the little door that provides clearance for the flap actuator mechanism when the flaps are lowered). 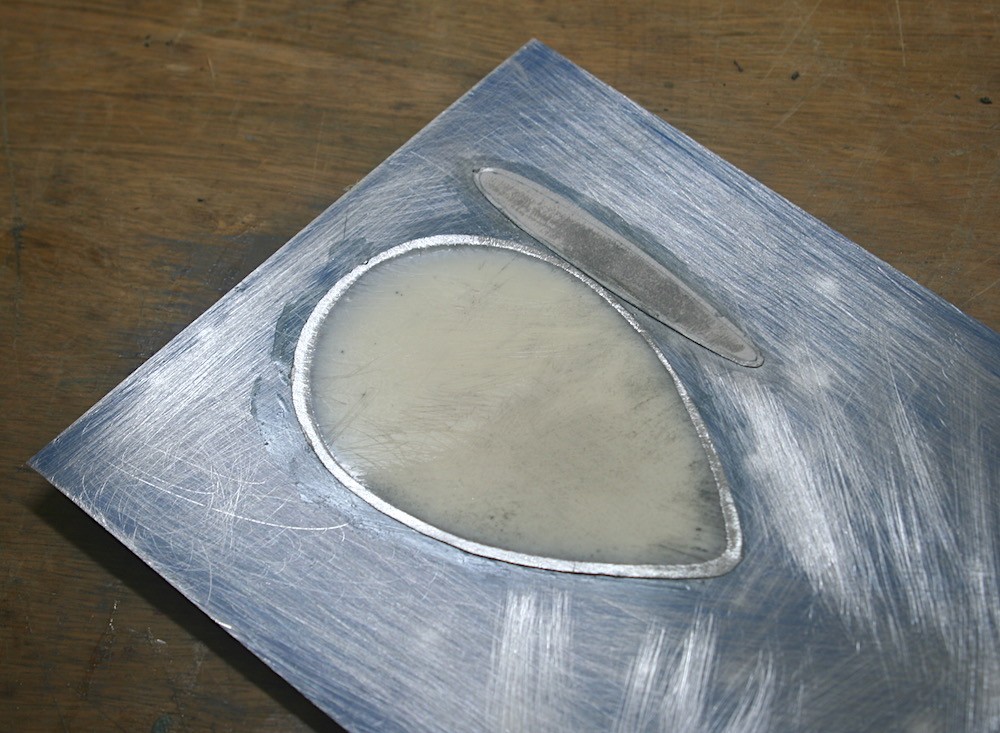 As usual the blister must be backfilled with two-part resin to prevent subsequent damage that would be inevitable otherwise. The flanges have been thinned and the skin plate is ready for installing with Evo-Stik contact adhesive. 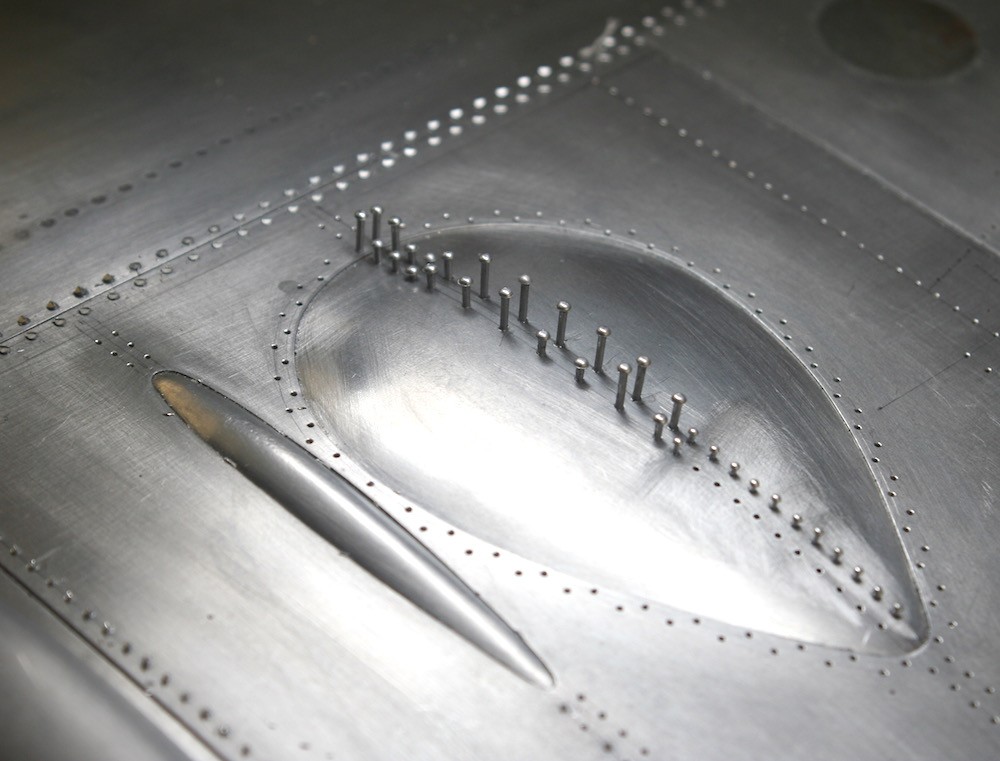 The crown of the blister has a double row of rivets, marking the position of a reinforced stiffener below. 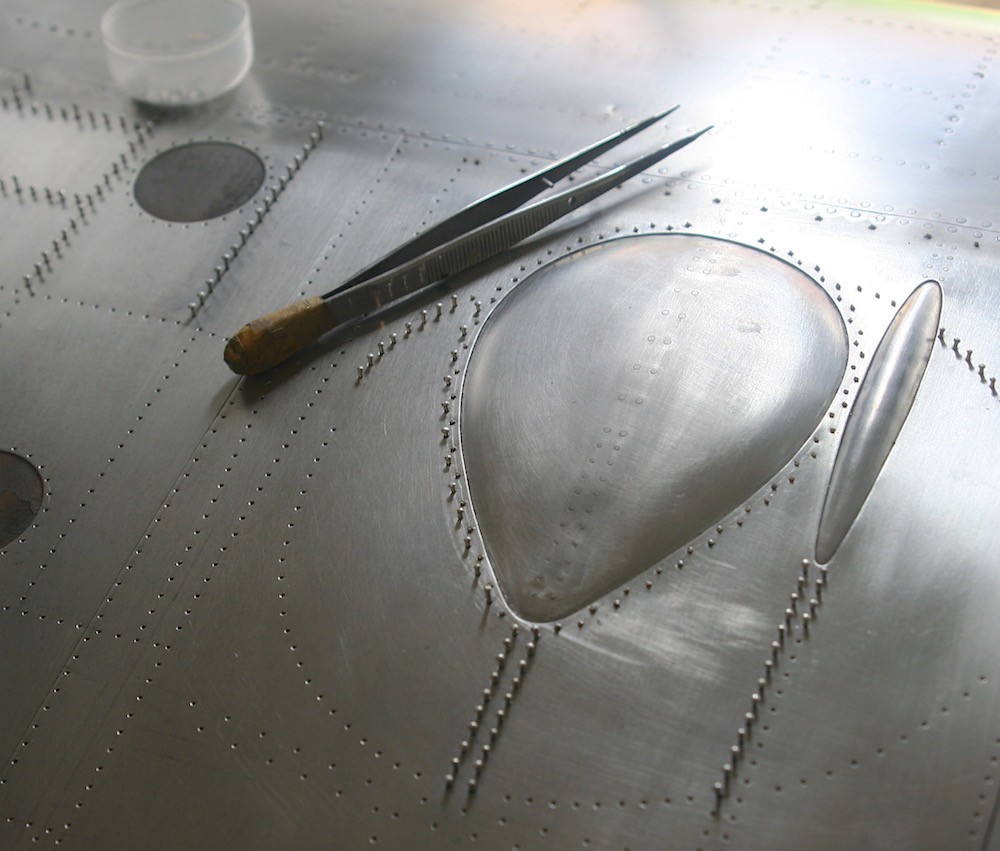 Drilling and rivet emplacement under way over the rest of the skin plate.