Unlike the Spitfire, the P-51D has a cockpit floor. It extends from the engine firewall, aft under the pilot’s seat to the bulkhead that forms the platform for the auxiliary fuel tank. I completed it at a very early stage, and it was a joy to build, not least because the simple, recta-linear assembly was so easy to interpret from the NAA drawings.

I began with some sheet metal work to make the transverse foremost section of the floor, but I could have saved myself the trouble. With the rudder pedals and central console in place it is almost totally hidden from view. But at least I took a photograph, and I include it here.

The remainder of the floor is mostly visible and I built it per the drawing in sections assembled over a 1/4-in. false ply base. The images need little commentary. They show how the floor plates are clad in birch ply and subsequent detailing, which includes the cockpit heating controls and the large lined apertures through which the pilot can view the wing tank fuel content gauges. 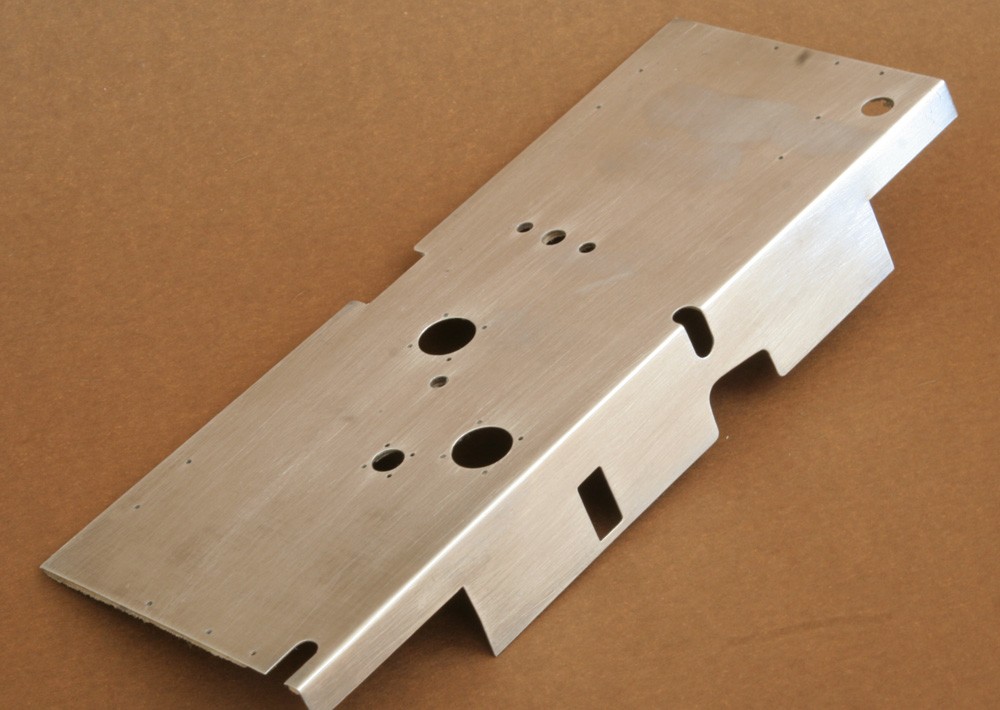 This foremost section of the cockpit floor is all but invisible behind the rudder pedals and central console. Well, I know it's there! 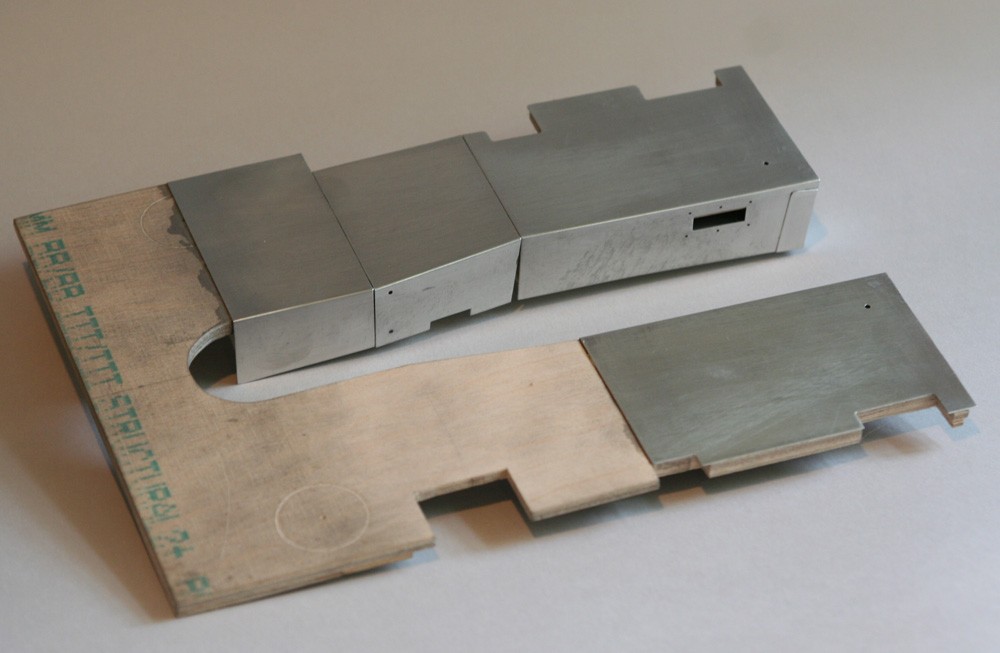 In the real aircraft, the floor is built in sections, and so it is here, except that I assembled them over a false plywood base. 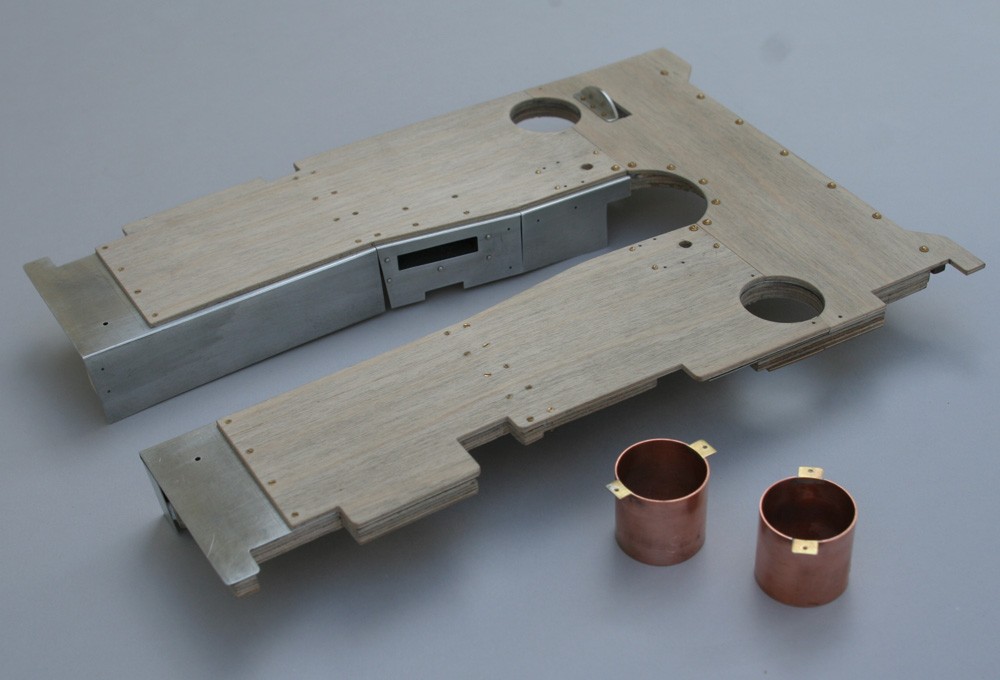 The birch ply surface cladding is added with its numerous countersunk screws, and work has started on some detail. 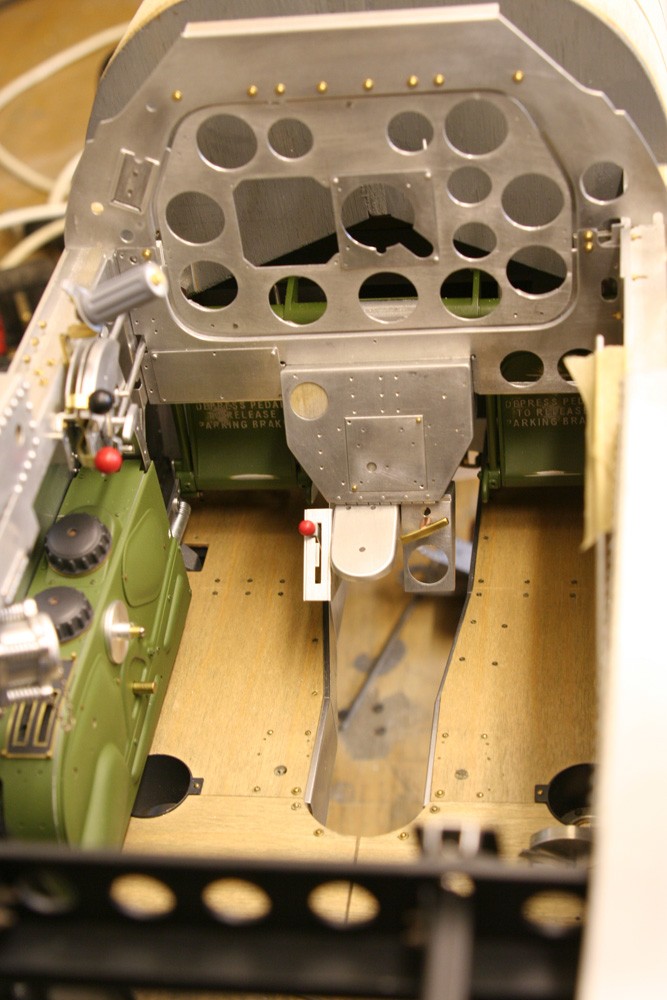 Time for a test fit. 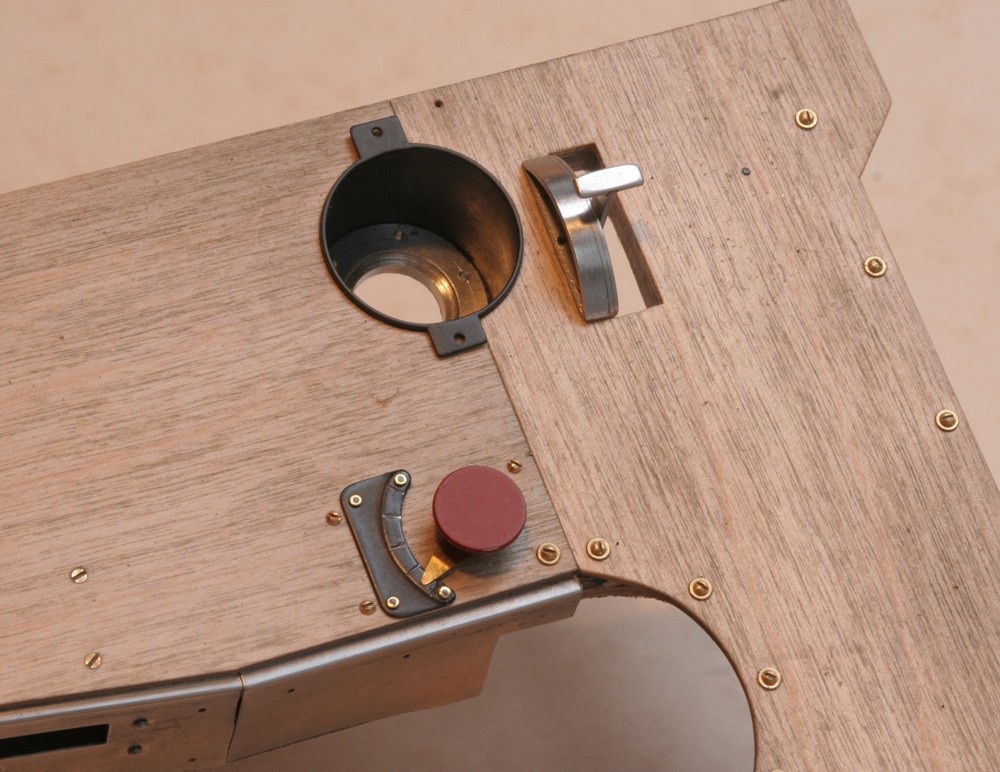 Close up of some of the fittings, including controls for the heating and ventilating system. 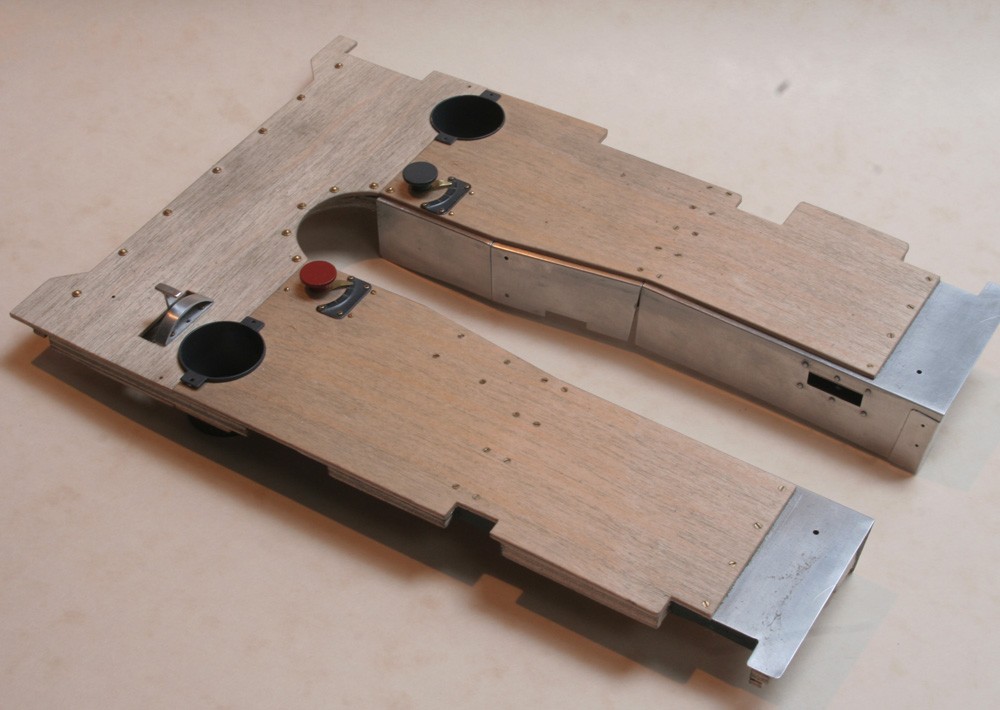 The completed floor, although the metal anti-scuff panels under the pilot's feet have yet to be added.