In posting these pictures of the Mustang’s throttle quadrant, I propose more to show what was involved in its construction than to go into detail about the methodology, this on the basis that the images largely speak for themselves.

So while the overall finished assembly appears rather complex, it can be seen that it is build up from relatively simple components, which, when singled out from the NAA drawings, are all easily, albeit painstakingly, fabricated from sheet brass and aluminium with only very minimal lathe work. But not quite all: Sadly my pictures are not the best, but I do hope that the knurled boss on the throttle retaining screw is just visible. This caused problems, until I hit upon an old draftsman’s compass set with a knurled screw of almost exactly the required diameter! The compass is not much use now, but it was sacrificed in a good cause.

Another problem area was the heavily fluted handgrip. My answer here was to cut it from styrene tube and build up the detail using 10 thou styrene Micro-strip applied with minute quantities of Liquid Poly. After several heavy coats of automotive primer, a passable fluted appearance was achieved. That left the two control knobs, a requirement much more easily solved by adapting the plastic heads of pins – the sort that come in various colours for use in pin boards.

The pictures show how the several components attach to the airframe via the main waist longeron, a task that due to the tiny parts involved, required considerable patience and a steady hand. The also show the method of adapting small diameter aluminium tube to make the various control rods.

It was the painting though that really brought the job to life, particularly with the addition of the several tiny graphics made from custom rub-downs made commercially from artwork which I generated on my Apple Mac. 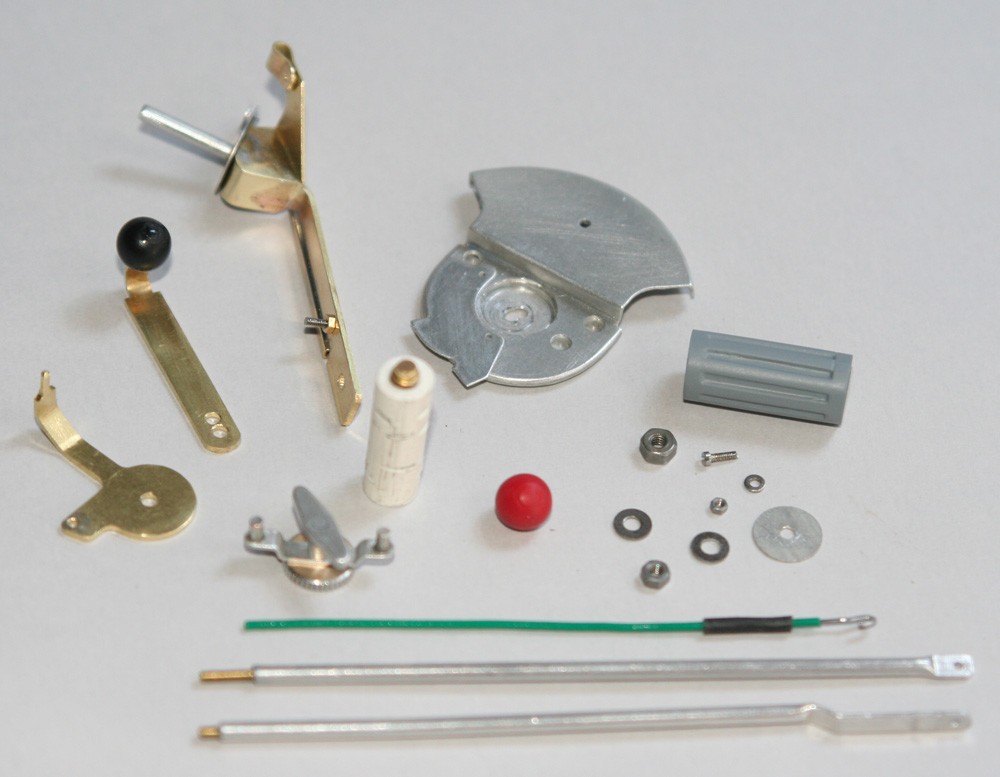 The throttle quadrant prior to assembly, showing the considerable number of parts. 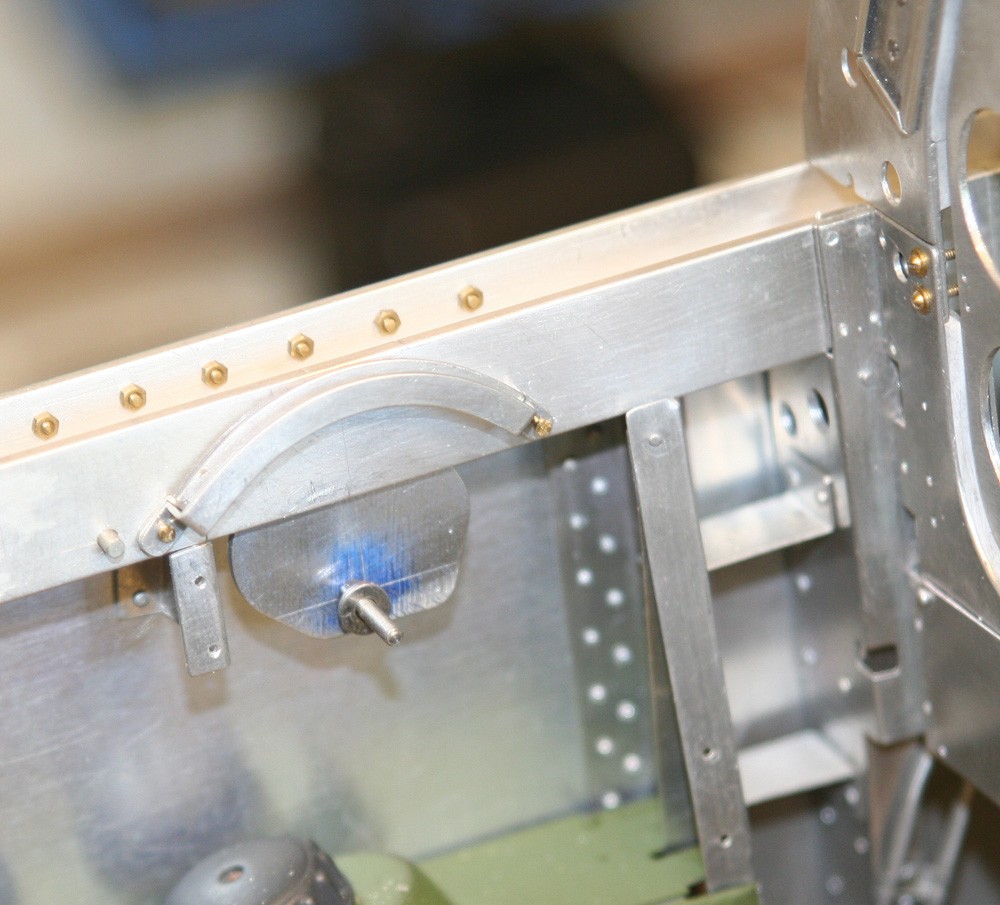 Method of attachment to the port side waist longeron. 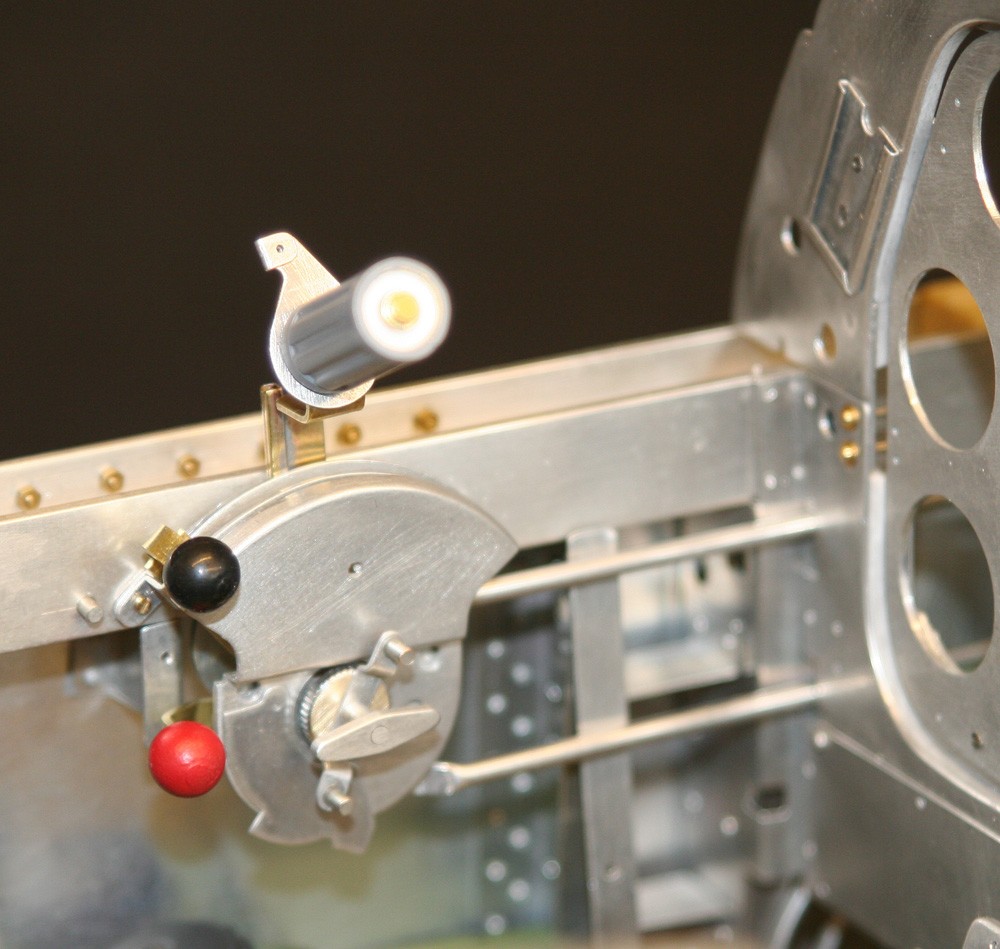 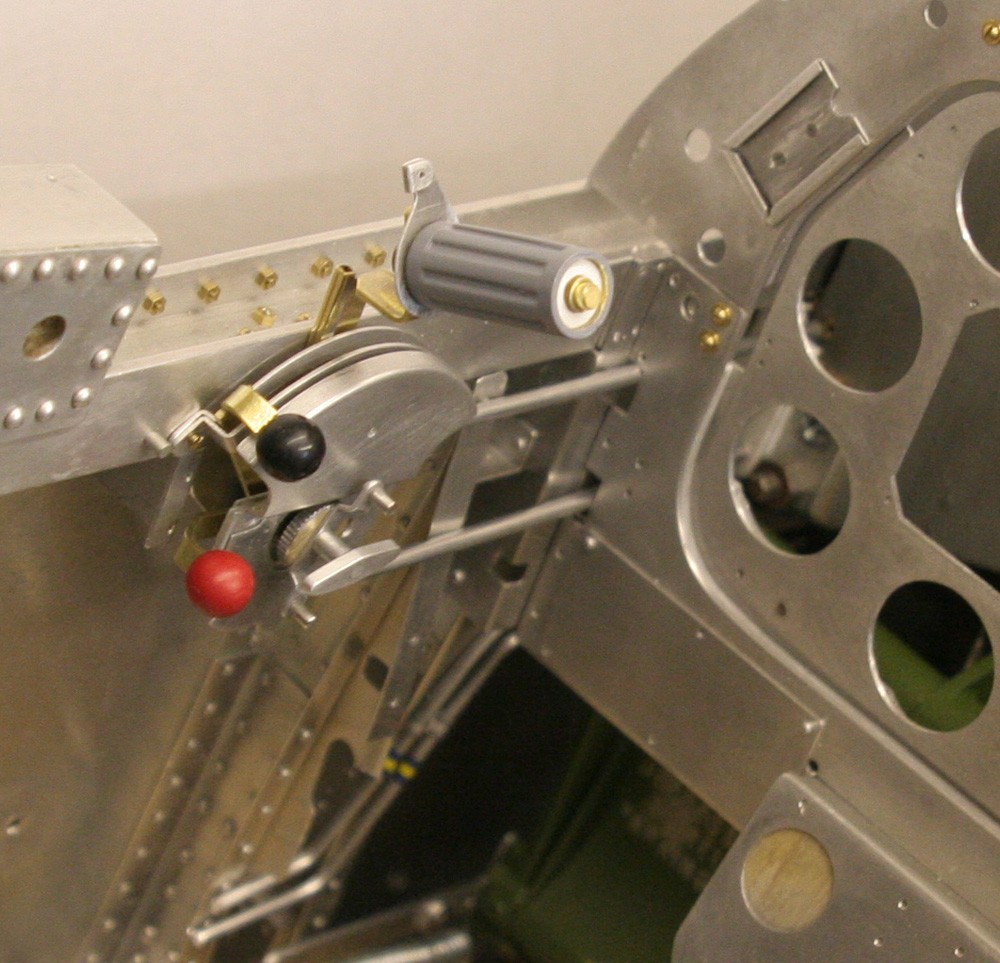 The components are assembled temporarily to ensure that everything fits, prior to painting. 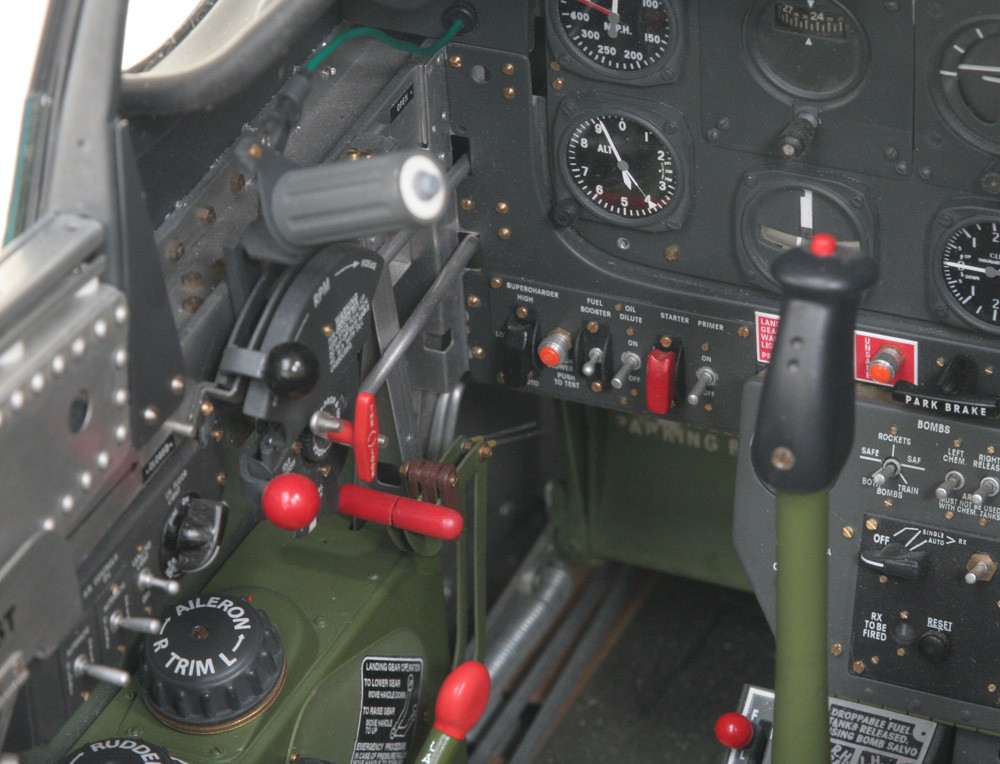