While the right switch panel (as described in my last posting) was cut and shaped from styrene sheet, this was the exception. All other control panels in the model’s cockpit are metal, made more or less to full size practise. And whilst they differ markedly in design and function, the technique used to form them from printer’s plate is much the same.

I begin by milling a small cube-like block of brass or alloy such that two opposite faces are the exact panel size, minus a thickness of printer’s plate all round. I mark the panel’s outline (using the block to draw around) onto a scrap of un-annealed litho plate and drill a small hole (approx 3/64-in.) at each corner (again as in full size practise). Next I cut the piece out, allowing a generous margin of excess metal all round. The waste at each corner is cut away at right angles, leaving four tabs, one on each side. Now with the brass block re-positioned precisely within the scribed lies and held secure, it is easy to successively bend down each the tabs through 90 degrees to give something resembling an open box. With the work-piece still in place over the former, the finished depth of the turned over sides, whatever that might be, can be marked and scored using a steel rule and sharp scalpel, and the excess material waggled off. Litho plate breaks cleanly in this way, although it does need de-burring with fine abrasive paper or steel wool.

That completes the basic panel. However, a further task is required for those panels or supports that have one or more lightening holes, with their characteristic turned-over lip. I have described the technique elsewhere, and it is not difficult: I drill a hole just under finished size (to allow for the thickness of metal) in the above-mentioned former, taking care to chamfer off the hard edge. A corresponding hole, but smaller by the depth of the lip, is made in the work-piece. With the two clamped together concentrically, it takes only a shallowly tapered punch and a light tap with a hammer to impress a neat lip around the hole. I have found it prudent to create lightening holes first before tackling the sides of any panel since, if the outcome is unsatisfactory, subsequent work is not squandered.

The accompanying images show several panels created for the Mustang’s cockpit using these techniques or variations on them. 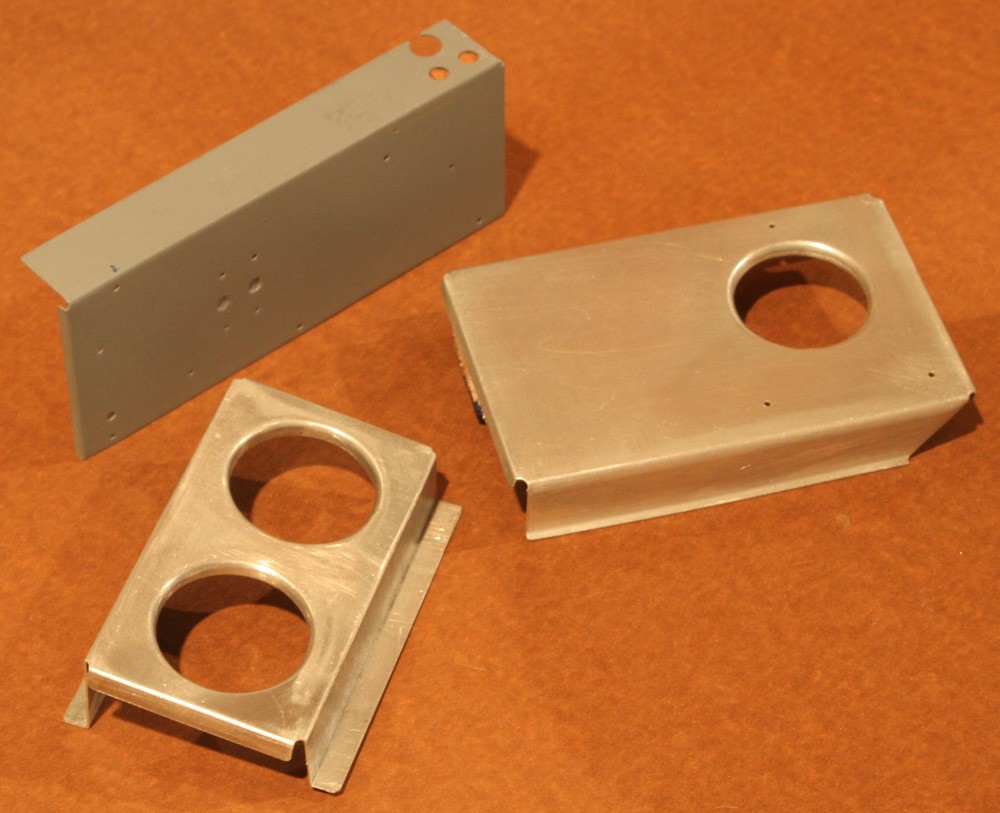 Control panels in the Mustang's cockpit come in differing sizes and configurations, such as the miscellaneous radio panel (top left). Those panels that serve as supports on which to mount equipment commonly have lightening holes. 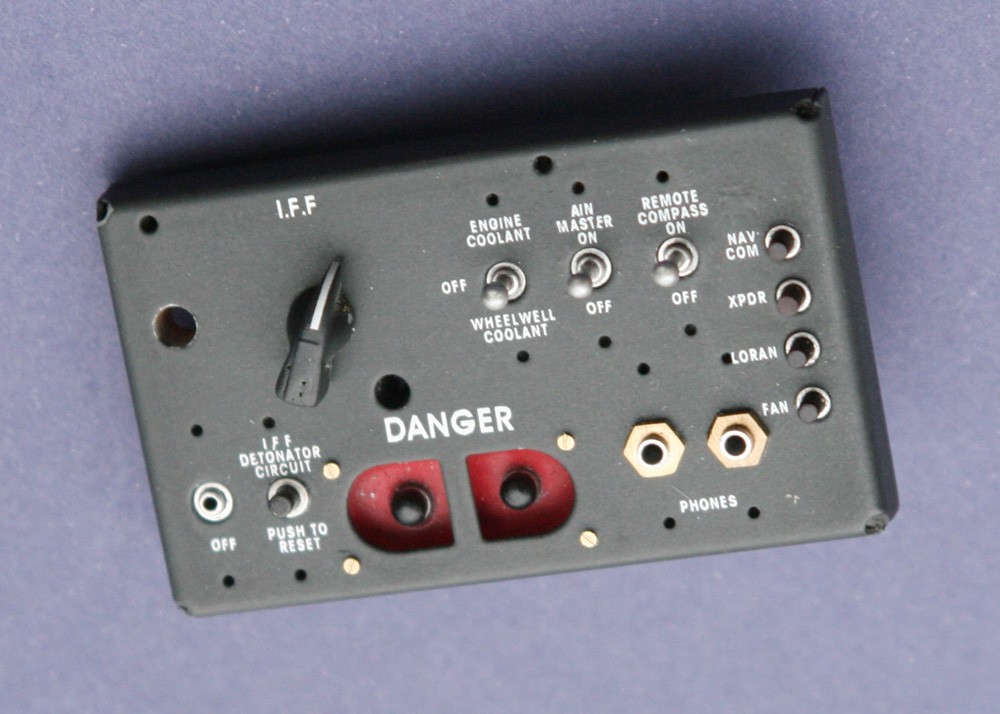 This rather busy little panel includes controls for the aircraft's radio system. It is made as described in the text. 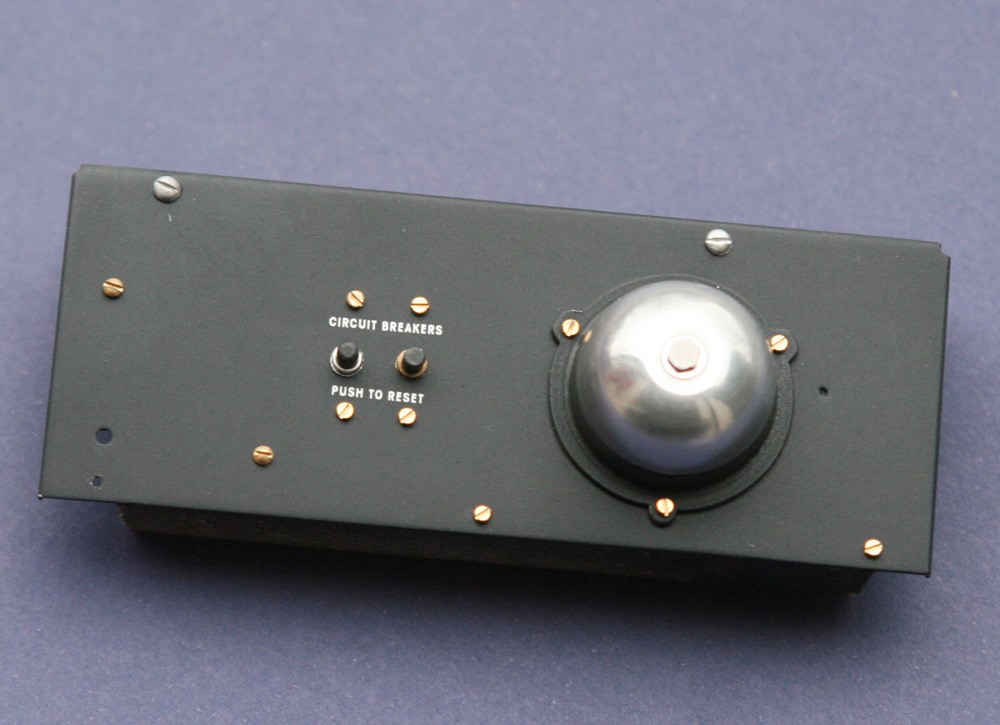 The completed miscellaneous radio panel and its warning bell.

Both panels as they appear in the finished model.