I have little to say about the rather more straightforward outer wheel bay doors, since the manner in which I built them was much like that used for the main doors and described on the previous page – an alloy skin panel on the outside with the inner architecture built up over a carved basswood core.

The major departure is that in this case I skinned the entire inner surface with soft pewter sheet, as is clearly shown in the photographs. It is a testimony to the malleability of thin pewter that the entire inner skin, including the peripheral flanges, was put on in one piece. Only the doubler strip at the bottom inner edge of the door and the reinforcing patches at the top and around the linkages are made from annealed litho-plate.

The best way to learn to work with pewter is to try it, and I don’t pretend to be an expert. Suffice it to say that much of the process can be accomplished with fingers and thumbs, which are nice and soft. Only the fine-tuning process, such as where sharp corners or contours have to be defined and made crisp, calls for tools, and then the softer the better (I tend to use balsawood), because any inadvertent creases or gouges can be difficult to remove. As always, the secret is patience and perseverance.

Because pewter is so soft, a job can easily be wrecked during the gluing-on process, either by misalignment or even if the glue thickness is irregular (e.g. when using Evo-Stik), where the flaw is easily transmitted through the thin metal veneer. For this reason, whenever there is an alternative, such as rivets or screws, I omit glue altogether.

The only mechanical element required is a brass cross shaft threaded at both ends, which passes through a close fitting tube embedded into the wooden substrate midway up the door. The tube protrudes by ten thou or so either side, so that when the mounting lugs are attached and the nuts tightened up, the skin is not pinched or damaged. 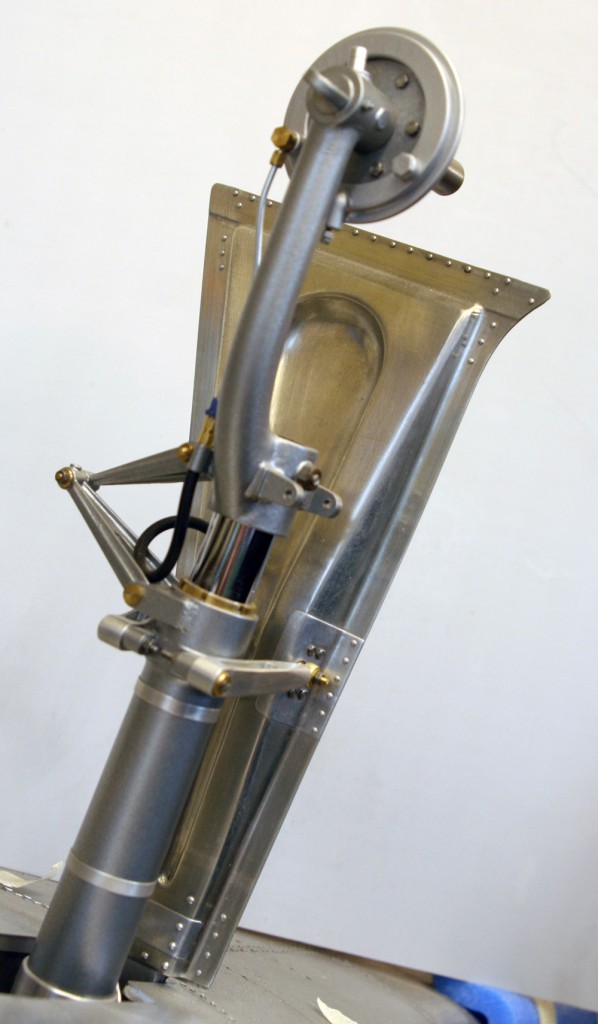 The completed door attached to its wheel strut. The entire inner skin was applied as a single piece of sheet pewter over a carved wooden core. 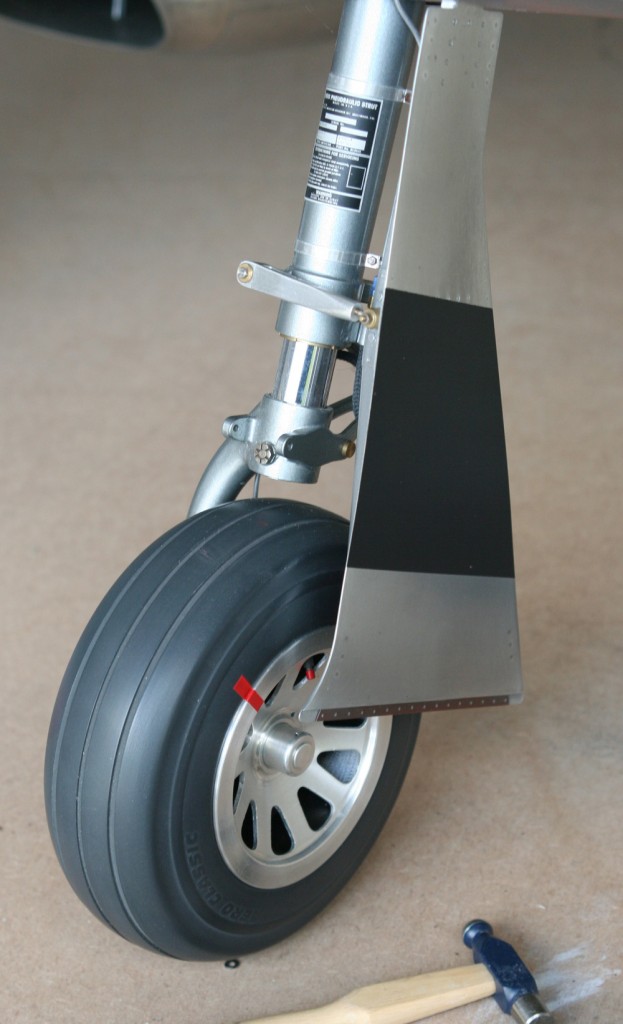 Note the subtle rived detail in the exterior skin and the rebated sealing strip at the bottom where the inner and outer doors close together.